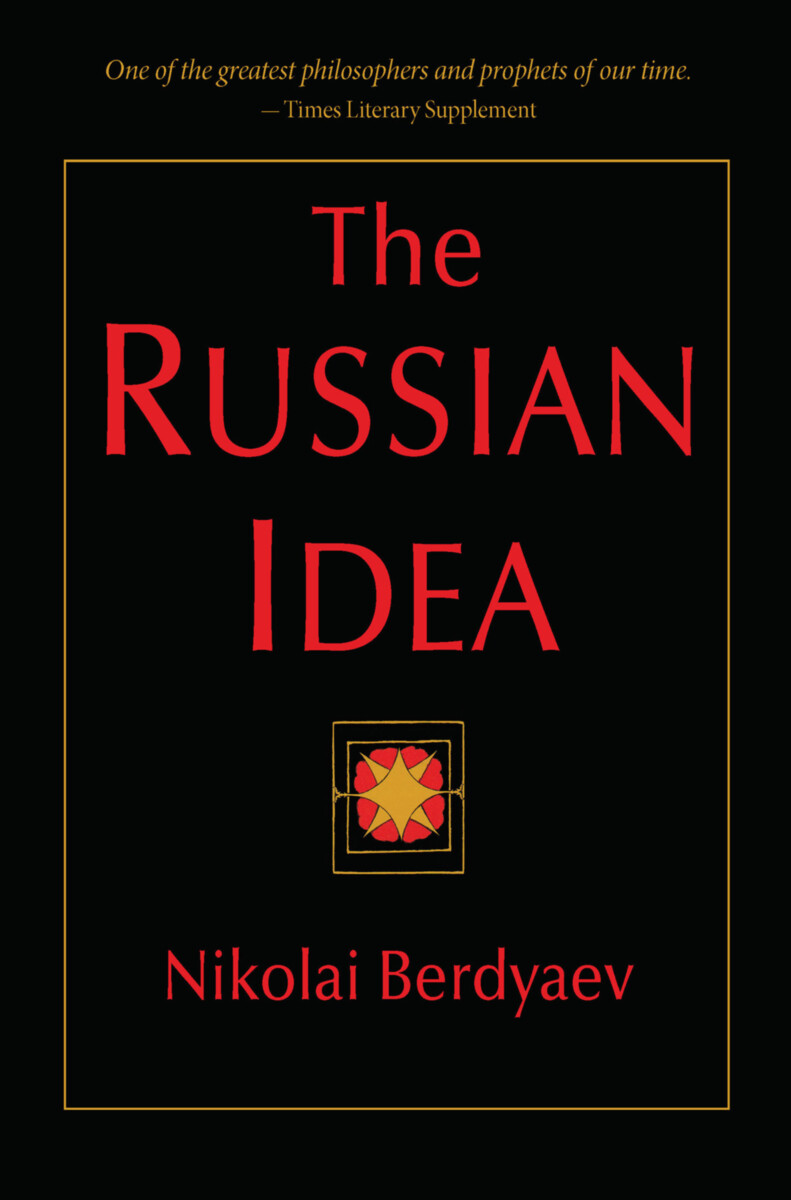 In this powerful, moving book, first published in 1946, Berdyaev is not so interested in the empirical details of Russian history as he is in “the thought of the Creator about Russia.” The "Russian idea" is thus a mystical notion. Religion and philosophy—not economics or politics—determine history and society.

Berdyaev begins his story in the nineteenth century, tracing the lineage of such powerful artists and thinkers as Chaadev, Khomyakov, Kireevksy, Leontyev, Aksakov, Hertzen, and Bakunin, all of whom struggled to integrate the polarities of East and West, spirit and matter, and male and female in the Russian soul. That soul, however, is so immense, boundless, and vague that it is incapable of settling for "the halfway kingdom of culture." Demanding all or nothing—alternately apocalyptic and nihilistic—Russians strove to justify culture and discover Russia's mystical mission.

Impatient with the slow pace of history, distrusting all authority, and yet haunted by a vision of unity, thinkers such as Dostoevsky, Tolstoy, Federov, and Solovyov created an original and vital religious philosophy that culminated in the Russian renaissance at the beginning of the twentieth century. The fruit of these great figures—of whom Berdyaev was one (others included Florensky, Bulgakov, Rozanov, Merezhkovsky, Blok, and Bely)—was cut short by the 1917 Revolution.

More recently, their works have been available in self-published (Samizdat) editions. A great philosophical and spiritual rebirth was occurring underground. Now they are available again in this book, which is essential reading for an understanding of the new Russia.

Nikolai Alexandrovich Berdyaev (1874–1948) was a Russian political and Christian religious philosopher who emphasized the existential spiritual significance of human freedom and the human individual. He was born in Obukhovo(now in Ukraine). Berdyaev decided on an intellectual career and entered Kiev University in 1894. It was a time of revolutionary fervor and he became a Marxist and was arrested at a student demonstration and expelled from the university. His involvement in illegal activities led in 1897 to three years of internal exile to Vologda in northern Russia, a milder sentence than faced by many revolutionaries. He later disavowed Communism and the Bolsheviks, which culminated in 1919 with the establishment of "Free Academy of Spiritual Culture." In 1920, Berdiaev became professor of philosophy at the University of Moscow. That year, he was accused of participating in a conspiracy against the government; he was arrested and jailed. A central theme of Berdyaev's later work was a philosophy of love. He was an Orthodox, but remained independent and somewhat "liberal." He wrote extensively on Russian nationalism, religion, and spiritual philosophy.