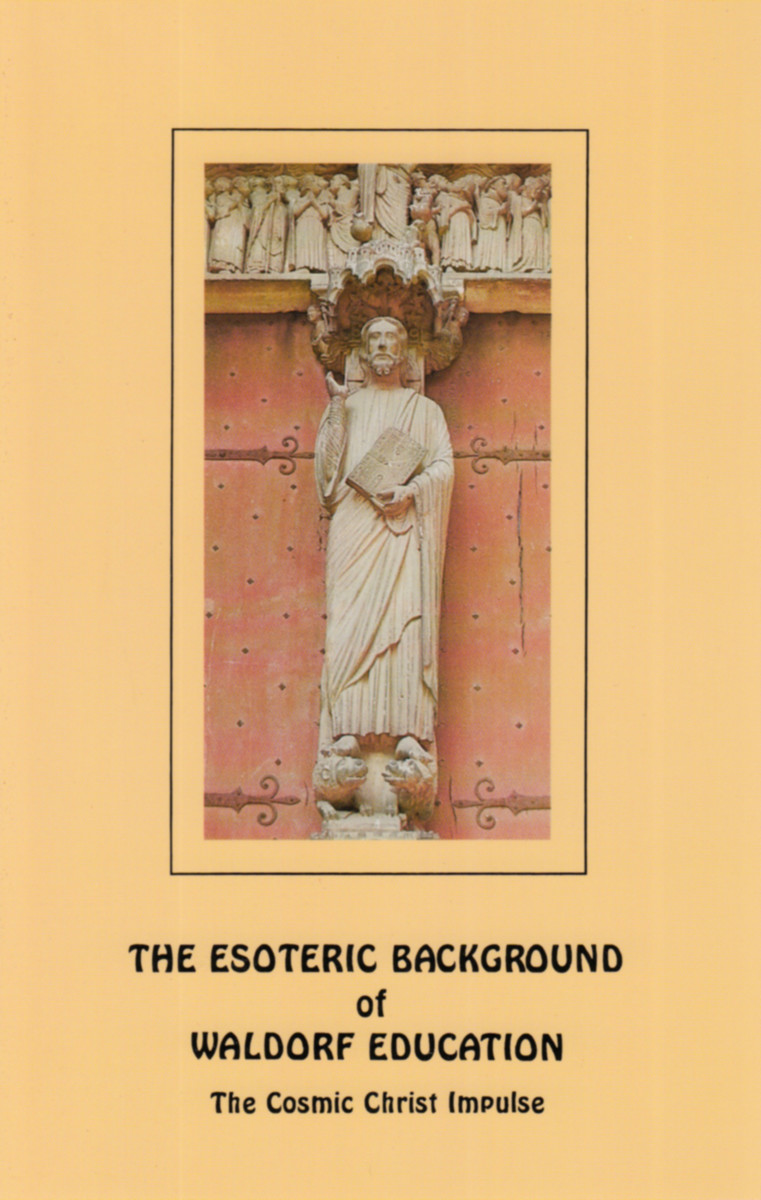 The Esoteric Background of Waldorf Education

The general theme of this book was inspired by passages from lecture 5 in Rudolf Steiner's lecture course, Education as a Force for Social Change, which took place shortly before the opening of the first Waldorf school in Stuttgart:

“We should not look at modern cultural developments superficially, nor should we doubt that modern people who want to work toward healthier development should attempt to achieve a true comprehension of the Christ Impulse.... Teachers need to develop a consciousness of that.... Teachers need to educate children with an awareness that what they are really doing is saving the children, and that they need to bring the children a way of finding Christ as an Impulse in the course of their lives, that is, of finding their own rebirth. Such things cannot develop in teaching when, for example, you have only a simple, theoretical comprehension of them; they develop in teaching only when your soul is strongly affected by them.... Now, you must, of course, be aware that you will not find Christ as Impulse in the dogmatism of some religious group.... I would ask that you give particular attention to what a spiritual scientific foundation reveals, namely, that human intelligence, left to itself, will drift toward the Ahrimanic path and that we can direct it toward the good only by accepting Christ as the true Impulse.”