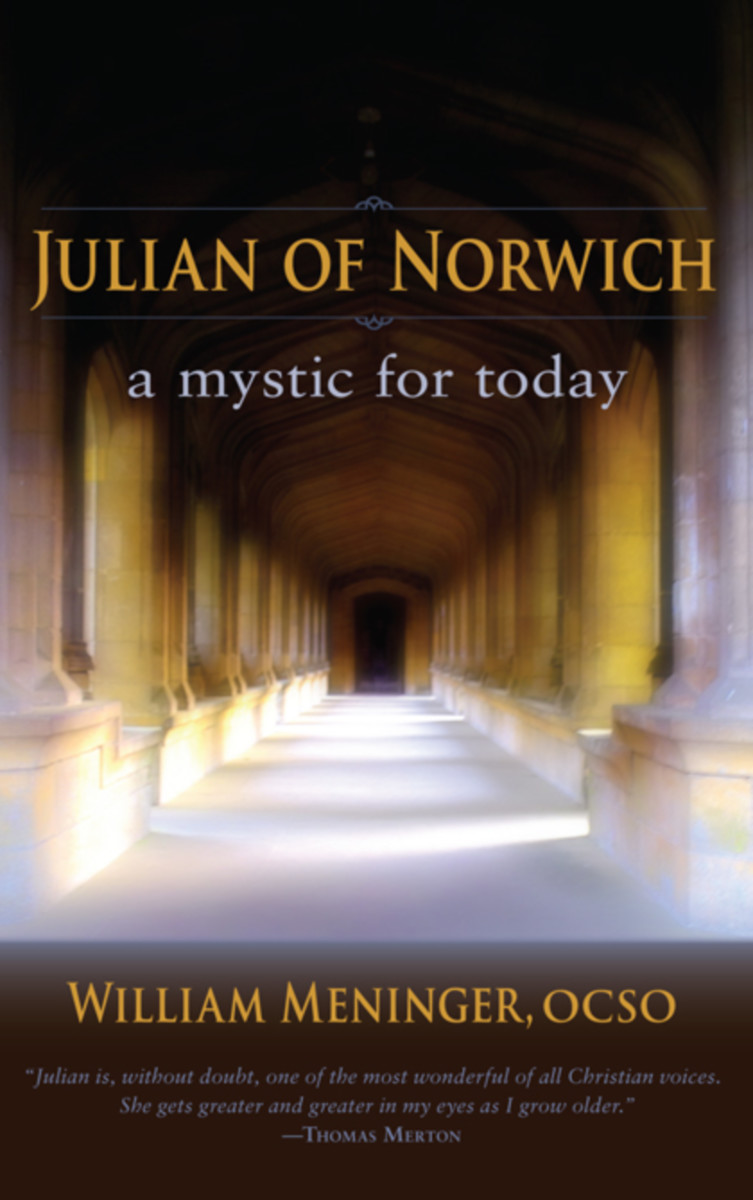 A Mystic for Today

“Julian is, without doubt, one of the most wonderful of all Christian voices. She gets greater and greater in my eyes as I grow older.” — Thomas Merton

Other than what is contained in her singular work, Showings of Divine Love, we know almost nothing of the personal life of Julian. We do, however, know something about her background, as a recluse, or anchoress, and the social, cultural, and political life of late-fourteenth-century England.

Although nothing of it is mentioned in her Showings, the times in which Julian lived were fraught with political, social, and economic upheavals in both Church and state. There are, indeed, many parallels to the present age. This, in part, helps to explain why Julian speaks so loudly to today after six hundred years of silence.

On the thirteenth of May, 1373, Julian received a series of sixteen visions centered on the person and sufferings of Jesus and on the Trinity. A short time later, she wrote an account of them in twenty-five chapters (known as the “Short Text”). Twenty years later, after much prayer and reflection, she wrote another account consisting of eighty-six chapters (called the “Long Text”). During this important interim, Julian the visionary became Julian the theologian.

Julian’s visions correspond to the classic understanding of such phenomena. Some visions were spiritual locutions. In this experience, God spoke directly to her heart in such a way as to communicate with absolute, unquestioned clarity the desired message. Actual words were probably not used but the visionary was left with no doubt as to the authenticity or the meaning of the message. Other visions were visual or experienced as coming through the corporeal senses. These resulted from the direct action of God on the imagination. Still others were spiritual visions, not easily expressed and usually concerned with the deeper mysteries of God, such as the Trinity. Many of Julian’s visions were combinations of all three types.

This book is not a translation or paraphrase of Julian’s Showings of Divine Love. Rather, it is a commentary—in 86 brief, meditative chapters—intended to provide information, reflections, and further theological understanding that will enhance the modern Christian’s reading of Julian’s book. It can be read independently, prior to reading Julian’s book, or along with it, chapter by chapter.

Fr. William Meninger, OCSO, entered St. Joseph’s Abbey in Spencer, Massachusetts, in 1963. While there, he developed a contemplative prayer method based on the fourteenth-century classic The Cloud of Unknowing, leading to a prayer method called Centering Prayer. Fr. William moved from St. Joseph’s Abbey to St. Benedict’s Monastery in Snowmass, Colorado, in 1979, where he has served as prior and novice director. His books include The Loving Search for God: Contemplative Prayer and the Cloud of Unknowing and Bringing “The Imitation of Christ” into the Twenty-First Century. Most recently he contributed to Sundays at the Magic Monastery: Homilies from the Trappists of St. Benedict’s Monastery and to St. Benedict's Monastery.