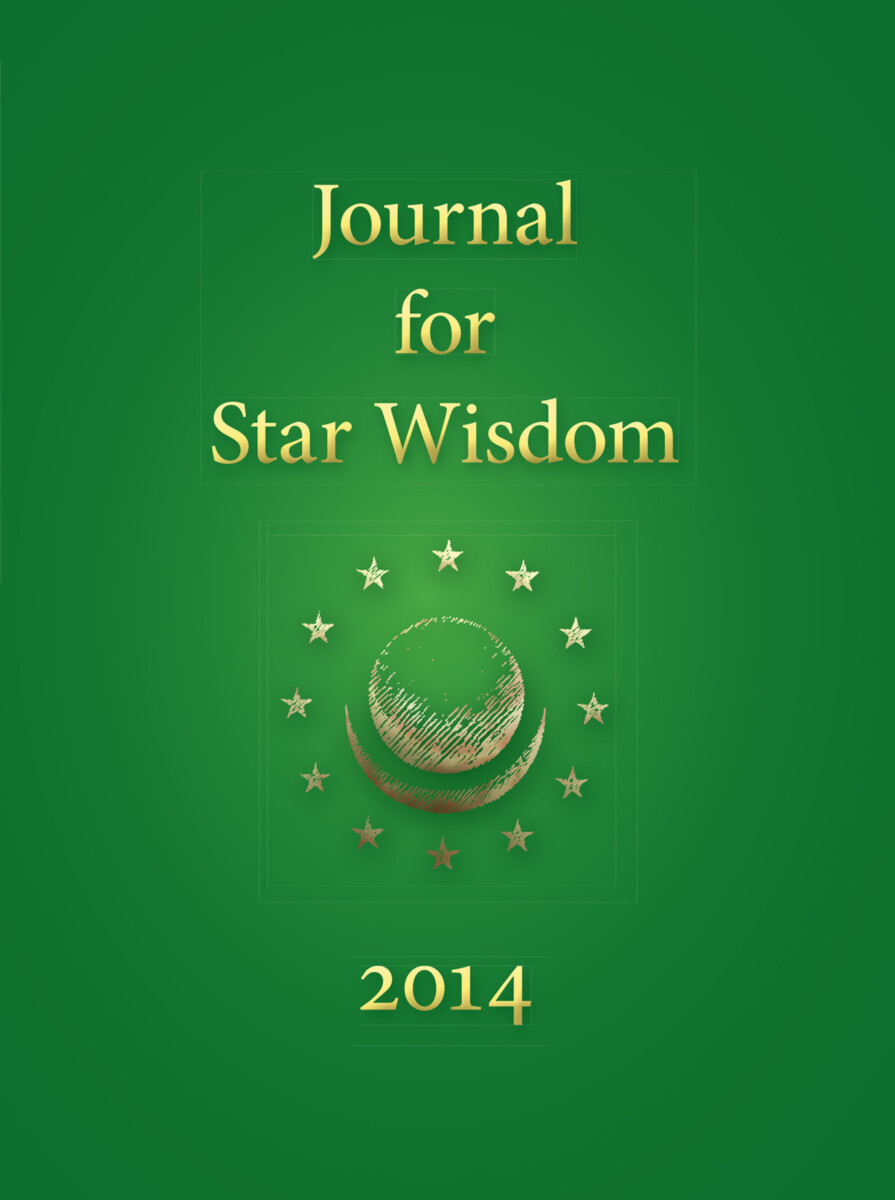 Journal for Star Wisdom 2014 includes articles of interest concerning star wisdom (Astrosophy), as well as a guide to the correspondences between stellar configurations during the life of Christ and those of today. This guide comprises a complete sidereal ephemeris and aspectarian, geocentric and heliocentric, for each day throughout the year. Published yearly, new editions are available beginning in October or November for the coming new year.

According to Rudolf Steiner, every step taken by Christ during his ministry between the baptism in the Jordan and the resurrection was in harmony with—and an expression of—the cosmos. Journal for Star Wisdom 2014 is concerned with these heavenly correspondences during the life of Christ. It is intended to help provide a foundation for cosmic Christianity, the cosmic dimension of Christianity. It is this dimension that has been missing from Christianity in its two-thousand-year history.

This year’s journal presents an article by Robert Powell on the ancient prophecy concerning the coming of the Kalki Avatar and an article by Estelle Isaacson about the Bodhisattva who will become the Maitreya Buddha. David Tresemer provides four articles. The first examines corporate personhood and another is part 2 of his “Finding Jerusalem” series. He also takes a look at the controversial theme of the zodiac in “Zodiacs and Calendars”; finally, with Robert Schiappacsse, he wrote a short contribution on the Renaissance personalities Marsilio Ficino and Pico della Mirandola. William Bento’s article “Reuniting Psyche with Astro-Logos” offers important perspectives on the integration of cosmology with transpersonal psychology/anthroposophic psychology. There is also an article by Paul Marx, which looks at the evolutionary streams accompanying Christ’s descent into incarnation. Brian Gray contributed the article “Where on Earth is the Zodiac?” concerning his research into the relationship between the starry heavens and the earthly globe.

The monthly commentaries for the year 2014 by Claudia McLaren Lainson are preceded by her article on Kashyapa in the light of Pentecost. Her commentaries are supported by monthly astronomical previews provided by Sally Nurney, which offer opportunities to physically observe and experience the stellar configurations during the year of 2014. This direct interaction between the human being on earth and the heavenly beings of the stars develops the capacity to receive their wisdom-filled teachings.

Paul Marx, Ph.D., is a retired chemist whose interest in the Exodus story was sparked by a trip to Egypt in 1959 and travel through Goshen where the Israelites spent their Egyptian Sojourn. It was given further impetus through correspondence with Willi Sucher, a pioneer in Astrosophy. Paul's other interest is working with Nick Thomas whose book, Science Between Space and Counterspace, establishes a new scientific paradigm.