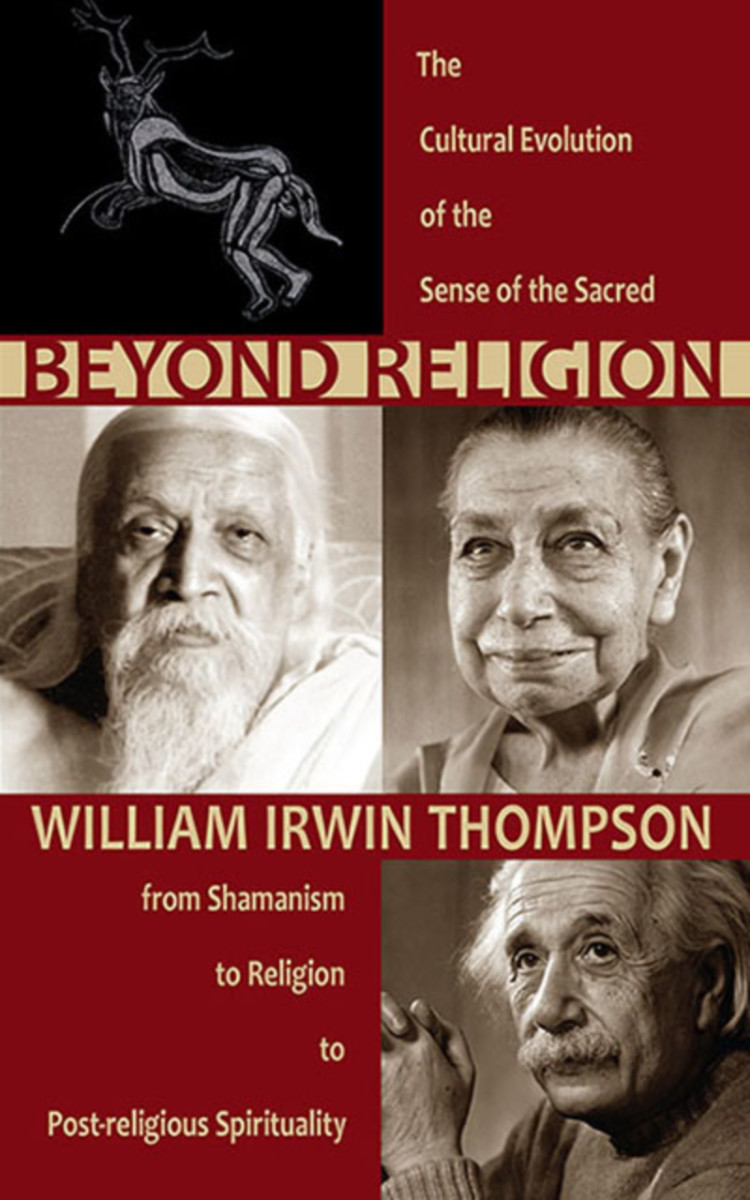 The Cultural Evolution of the Sense of the Sacred: From Shamanism to Religion to Post-religious Spirituality

“The human being is part of the whole called by us universe, a part limited in time and space. We experience ourselves, our thoughts and feelings, as something separate from the rest. A kind of optical delusion of consciousness. This delusion is a kind of prison for us, restricting us to our personal desires and to affection for a few persons nearest to us. Our task must be to free ourselves from the prison by widening our circle of compassion to embrace all living creatures and the whole of nature in its beauty. The true value of a human being is determined by the measure and the sense in which they have obtained liberation from the self. We shall require a substantially new manner of thinking if humanity is to survive.” — Albert Einstein (1954)

In an age of religious fundamentalist violence around the world, it is heartening to read poet and cultural historian William Irwin’s Thompson’s contention that a new form of post-religious spirituality is emerging in our planetary civilization, one that is more appropriate to our new electronic and globally interconnected noetic polities. This little book is a Vade Mecum of the cultural evolutionary news to keep in one’s pocket to read along with the day’s emotionally manipulative political news.

Thompson shows us that, like a dying star in supernova, the explosion of religious violence is a sign of medieval religions’ death and not their rebirth. The brilliant thirteenth-century Renaissance that gave us the Gothic Cathedrals and the Convivencia of Christian, Jews, and Muslims in southern Spain was followed by the Black Death and the Inquisition, but the Italian Renaissance still took off in fifteenth-century Florence, as Giotto was followed by Fra Angelico and the syncretic school of Chartres was followed by Cosimo di Medici’s Florentine Academy. The Big Picture that the poet and cultural historian can provide enables us to participate in the larger processes of cultural transformation at work in our world.

Conclusion: The End of the Age of Religion and the Emergence of Symbiotic Consciousness

William Irwin Thompson, Ph.D. (1938-2020) was born in Chicago and grew up in Los Angeles. A poet and cultural philosopher, he received a Woodrow Wilson Fellowship to study at Cornell in 1962 and a Woodrow Wilson Dissertation Fellowship for doctoral research in Dublin in 1964. He published his first book, The Imagination of an Insurrection: Dublin, Easter 1916 in 1967. Thompson has taught at Cornell, MIT, and York University in Toronto. His interdisciplinary interests are indicated in that he studied anthropology, philosophy, and literature at Pomona, and literature and cultural history at Cornell. He has served as visiting professor of religion at Syracuse University (1973), visiting professor of Celtic Studies at St. Michael's College, the University of Toronto (1984), visiting professor of political science at the University of Hawaii at Manoa (1985), Rockefeller Scholar at the California Institute of Integral Studies in San Francisco (1992-1995), and Lindisfarne Scholar-in-Residence at the Cathedral of St. John the Divine in New York in the autumn of each year from 1992 to 1996. In 1995, he designed an Evolution of Consciousness Curriculum for the Ross School in East Hampton, New York. His best known works include At the Edge of History: Speculations on the Transformation of Culture (1971); The Time Falling Bodies Take To Light: Mythology, Sexuality, and the Origins of Culture (1981); and Coming Into Being: Artifacts and Texts in the Evolution of Consciousness (1996). He was a founder and president of the Lindisfarne Association, a group of creative individuals in the arts, sciences, and contemplative practices devoted to the study and realization of a new planetary culture, and the seed for Lindisfarne Books.

The Preface by Joy E. Stocke

The Foreword: Thinking Otherwise on Religion
OR