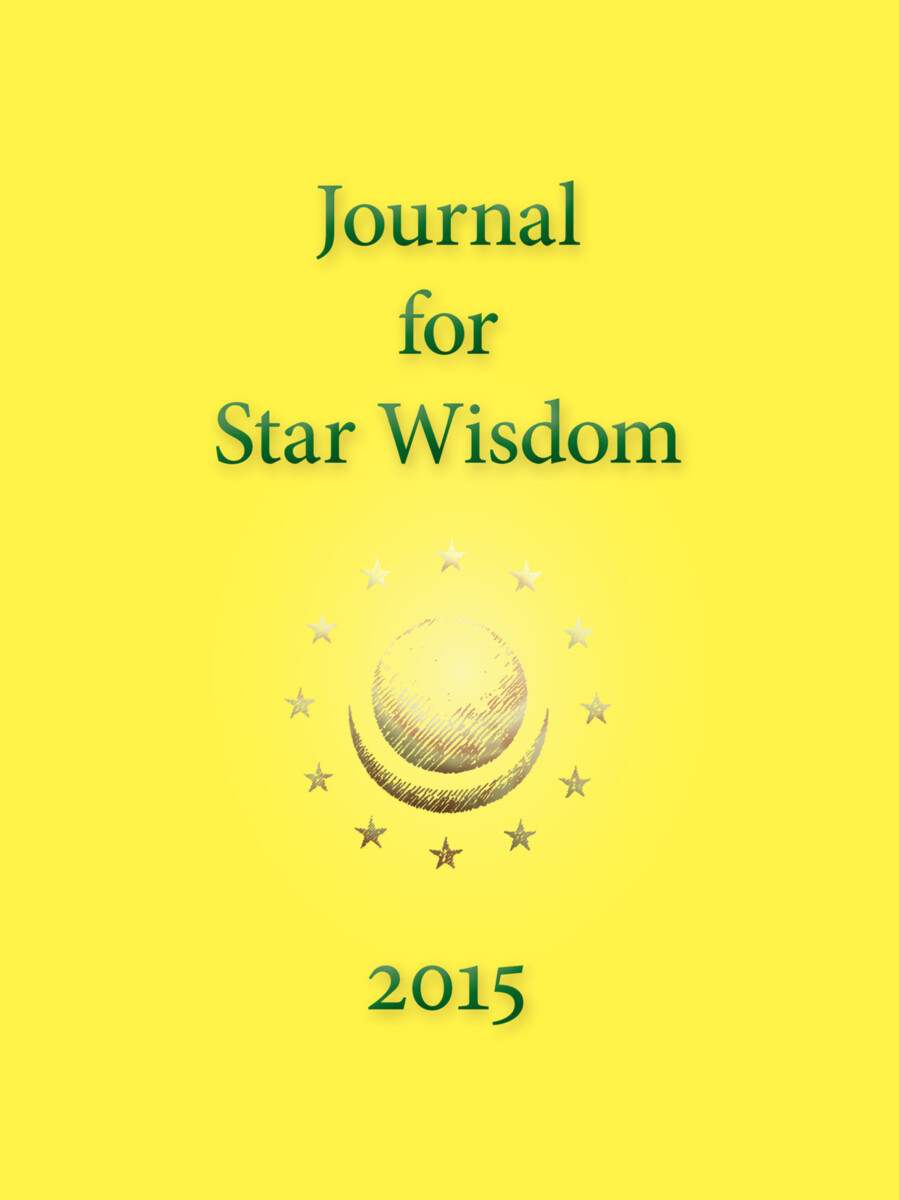 Journal for Star Wisdom 2015 includes articles of interest concerning star wisdom (Astrosophy), as well as a guide to the correspondences between stellar configurations during the life of Christ and those of today. This guide comprises a complete sidereal ephemeris and aspectarian, geocentric and heliocentric, for each day throughout the year. Published yearly, new editions are available beginning in October or November for the coming new year. According to Rudolf Steiner, every step taken by Christ during his ministry between the baptism in the Jordan and the resurrection was in harmony with—and an expression of—the cosmos.

The Journal for Star Wisdom is concerned with these heavenly correspondences during the life of Christ. It is intended to help provide a foundation for cosmic Christianity, the cosmic dimension of Christianity. It is this dimension that has been missing from Christianity in its two-thousand-year history. Readers can begin on this path by contemplating the movements of the Sun, Moon, and planets against the background of the zodiacal constellations (sidereal signs) today in relation to corresponding stellar events during the life of Christ. In this way, the possibility is opened for attuning, in a living way, to the life of Christ in the etheric cosmos.

This journal begins with an article on the relationship between the zodiacal ages and the cultural epochs by Robert Powell, followed by Estelle Isaacson’s article about the early stages of Christ’s Ascension into cosmic dimensions. Claudia McLaren Lainson’s article relates events of our time against the background of St. Paul’s experience of Christ at the gates of Damascus. Richard Tarnas’s article, “The Evolving Tradition,” offers important perspectives on the development of astrology in our time.

Also included is an article by Kevin Dann, which considers the universal significance of the vortex, following up on an indication by Rudolf Steiner. Nicholas Kollerstrom contributed the article “Power of the Sun,” discussing research into a new understanding of our Sun. There are also two articles by Brian Keats that contribute to research into aspects of biodynamic farming in connection with cosmic rhythms.

The monthly commentaries for 2015 are by Claudia McLaren Lainson, supported by monthly astronomical previews provided by Sally Nurney that offer opportunities to observe and experi-ence the stellar conÿ gurations physically during 2015. This direct interaction between human beings on Earth and the heavenly beings of the stars develops our capacity to receive their wisdom-filled teachings.

Glossary
References
About the Contributors

Brian Keats grew up in Rhodesia (now Zimbabwe) and resides today in Tasmania, Australia. He has been compiling and publishing the annual Antipodean Astro Calendars since 1987 and began the Northern Star Calendar in 2001. His interests include biodynamics and telling the Greek and Aboriginal stories written in the night sky.