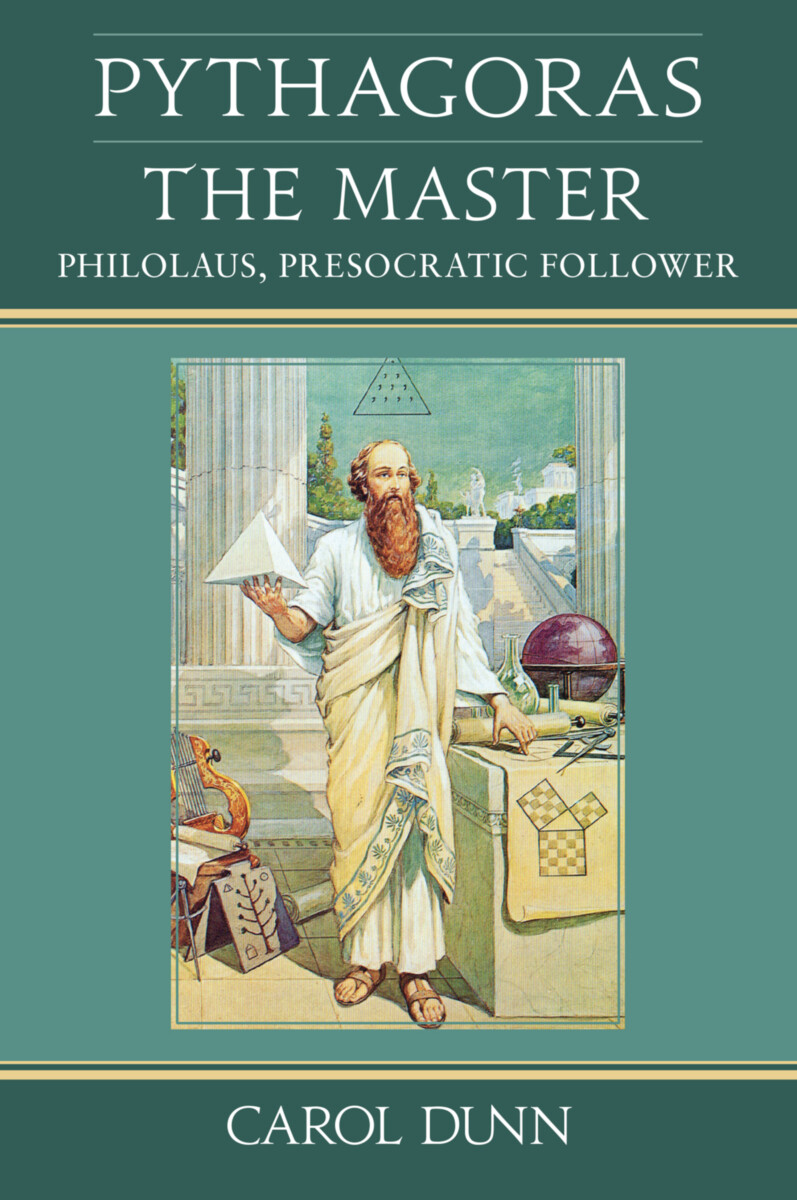 Pythagoras was one of the great geniuses of the West and yet, apart from his famous Pythagorean theorem, he is virtually unknown. If we rely on modern scholars and academics we find that his long-forgotten legacy is misunderstood and even distorted, and is therefore almost nonexistent. This new and provocative work from Carol Dunn (author of Plato’s Dialogues: Path to Initiation) accomplishes two main objectives.

First, it shows that the early pioneers of modern physics, mainly Newton and Kepler, scientifically and mathematically confirm Pythagoras’ discoveries of the sixth century bc—the heliocentric theory of our cosmos and the parallel theory regarding the Harmony of the Spheres. These are discoveries for which Pythagoras has received scant recognition by the Western philosophical tradition.

Second, the author argues against the proposition that the heliocentric theory was initiated not by Pythagoras but instead by his student Philolaus, who lived in the fifth century bc, and whose astronomical theory, according to Dunn, is not based on science.

Pythagoras, the Master is well researched and accessible, offering readers a firm basis to reexamine the importance of Pythagoras’ work and whether he or Philolaus discovered these paradigm-changing astronomical theories two thousand years before Western science rediscovered them in the seventeenth century.