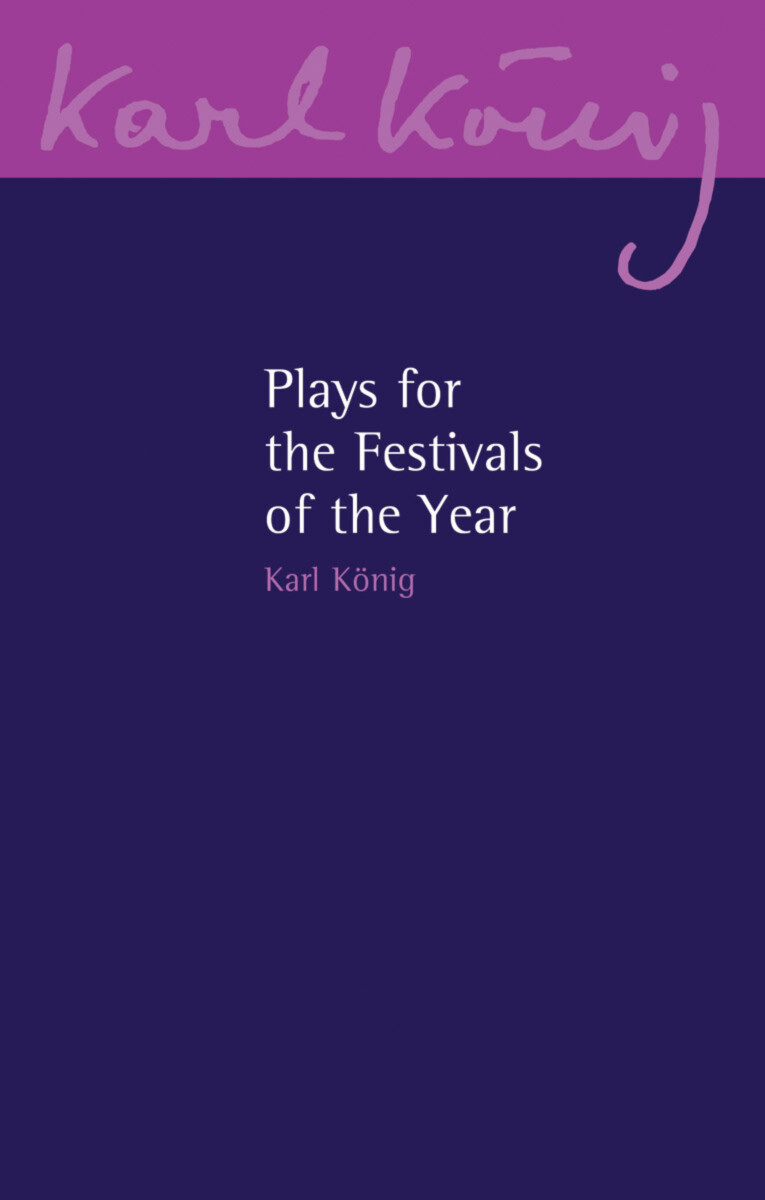 Plays for the Festivals of the Year

Karl König's plays for the festivals of the year are arguably his most original creations. Written to be performed in Camphill communities, they show a deep understanding of the Christian festivals.

With one exception, all fourteen plays were written during the early years of the Camphill movement, and König's hope was that their performance would help bring communities together. Not only is their content entertaining and informative, but the act of performing provides great benefits as social therapy.

Since then, the plays have been translated into many languages and performed in Camphill and other communities around the world.

This is the first time that the original texts of all the plays have been published together. They are presented with an introduction and commentary by series editor Richard Steel, alongside fascinating performance photographs.

“At last, we have all of Dr. König's Festival Plays in one book! It's taken a long time. So, we owe Richard Steele, the Karl König Archive and Floris Books a huge debt of gratitude.... What a treasure trove of wonders this book is! Each play is set out clearly with all relevant information on what the cast should wear, where they should stand (there was not a lot of movement in the plays: they were more like tableaux of the imagination from a higher dimension) and the meager props necessary.... How many people have found their way into Camphill through these plays? As Ruth von Ledebur, who wrote an introduction for the book about König's plays in the context of European drama, says: ‘His plays were—and still are—the most important entry gate for me to his way of thinking and to the spirit of Camphill.’ Richard Steele continues that thought by hoping his book will contribute towards opening gateways for many more people and ‘strengthen the flow of the spirit for which König wanted Camphill to be a vessel.’ We can only be grateful to, at last, have such an invaluable Fountain of Life to nourish and heal us.”
—Russell Pooler, author of A Rosicrucian Soul: The Life Journey of Paul Marshall Allen (Lindisfarne Books)


“... for those readers who don't have the possibility to participate in a production of one of these plays, [reading them] can still be a source of nourishment and inspiration. Read them as if they are poetry. Allow each image to resonate in the soul. Connections will be made over time and deeper meanings will be revealed in a quiet pondering of the heart.”
—Anna Phillips, New View