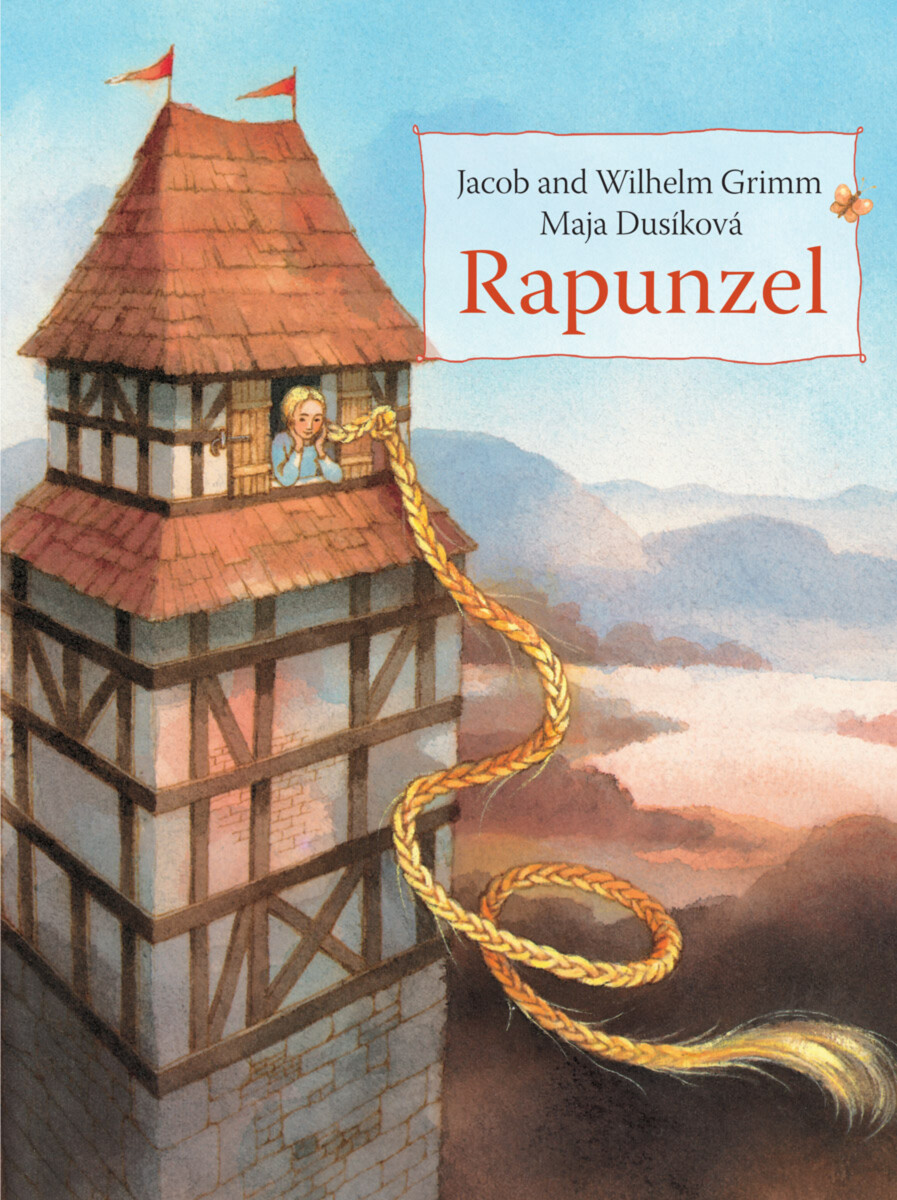 "Rapunzel, Rapunzel, let down your hair!"

Trapped at the top of a tall tower, every day Rapunzel throws down her long, long golden hair for her captor, the enchantress, to climb. Until one day the King's son discovers Rapunzel and they fall in love.

Together they devise a plan to escape but the enchantress discovers their scheme and chops off Rapunzel's hair. Will Rapunzel and the prince be parted forever?

“Maja Dusikova's Rapunzel retells a classic fairy tale and adds lovely, soft-edged drawings.... Good reading skills or parental assistance will lend to the beautiful story of a braided beauty with a beautiful voice and a brave prince who breaks her isolation.” —Midwest Book Review

“This is a good story with beautiful pictures. I think everyone should read it.” —Shreya (age 6), Kids' Book Buzz

On Dusíková’s edition of The Princess and the Pea:
“Dusikova's pictures are full of soft edges and soft colours, with pretty architectual details and an assortment of castle denizens, including a pair of cats and a toddler in a jester's motley. A rendering to bring a smile or possibly a giggle.” —Kirkus Review