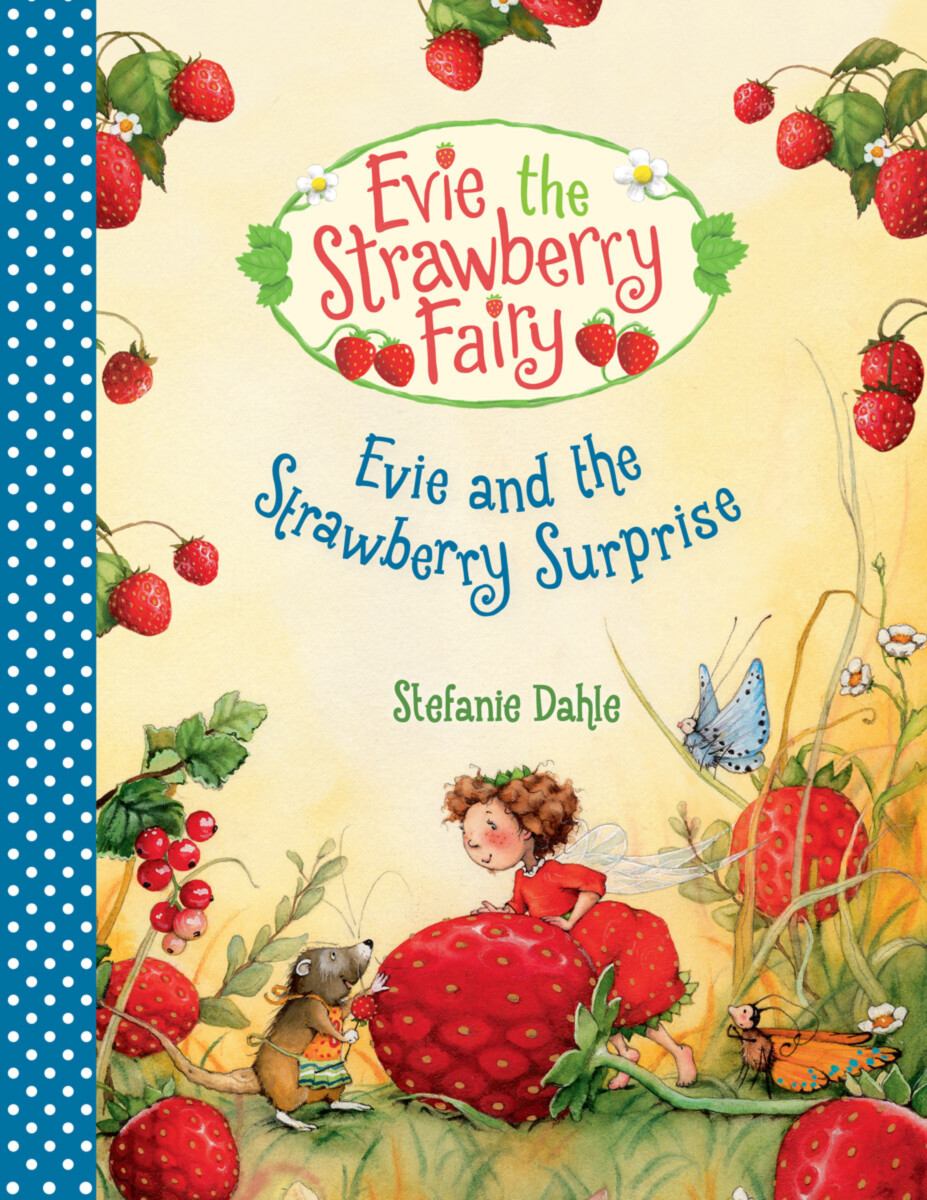 Evie and the Strawberry Surprise

Evie is a determined, ingenious, and bright little Strawberry Fairy who lives in an old teapot. Join Evie and her friends—the flower fairies and creatures of Wildberry Acres—on their magical adventures in this third book in the Evie the Strawberry Fairy series.

Something strange is happening in Wildberry Acres—Evie has lost her magic wand, her strawberries have turned bright blue, and strange noises have been heard coming from Berry Woods. Her friends blame the scary creature who has just moved in there, but they are in for a surprise... Can Evie find out the truth and make a new friend at the same time?

Evie's adventures teach young children about courage and curiosity in this charming story about not judging by appearances. Stefanie Dahle's illustrations are charming, detailed, and full of character and fun.

Stefanie Dahle is a children's author and illustrator. She is well known in her native Germany, where her books have sold more than a half-million copies. She lives in Lüneburg Heath in northern Germany.