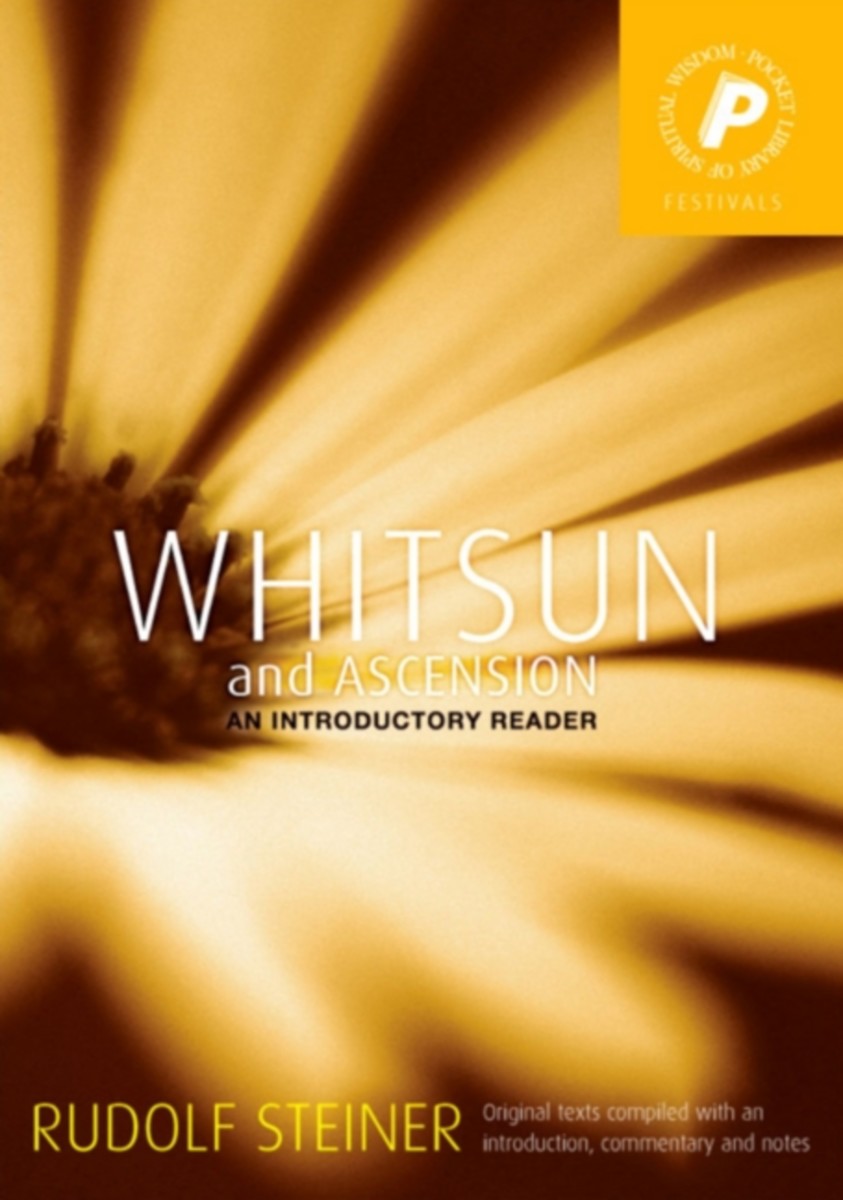 Matthew Barton collects excerpts from Steiner’s many talks and writings on the festival of Whitsun ("White Sunday"). Known in America as Pentecost, the forty-ninth day following Easter Sunday commemorates the descent of the Holy Spirit on the disciples. The book also includes Steiner's discussions of the Ascension of Jesus Christ forty days after his Resurrection.

RISING TO THE CLOUDS, TETHERED TO EARTH
1. Blossoming to Bear Fruit
2. Release from Bondage: A Festival of Awareness
3. Penetrating the Picture

SUFFERING’S OPEN DOOR
4. No Celebration but Truth
5. The Struggles of Prometheus
6. Gain Only through Loss: All Knowledge Born from Pain

ALL ONE TO ALONE TO ONE IN ALL
7. Forming a Conscious Vessel
8. One Fire, Many Tongues
9. Warmth Transmutes Matter
10. The Spirit Lives in Time

HUMAN FREEDOM AND THE WORD
11. The Lost Word
12. From Empty Phrase to Living Word
13. “The Truth Shall Set You Free”