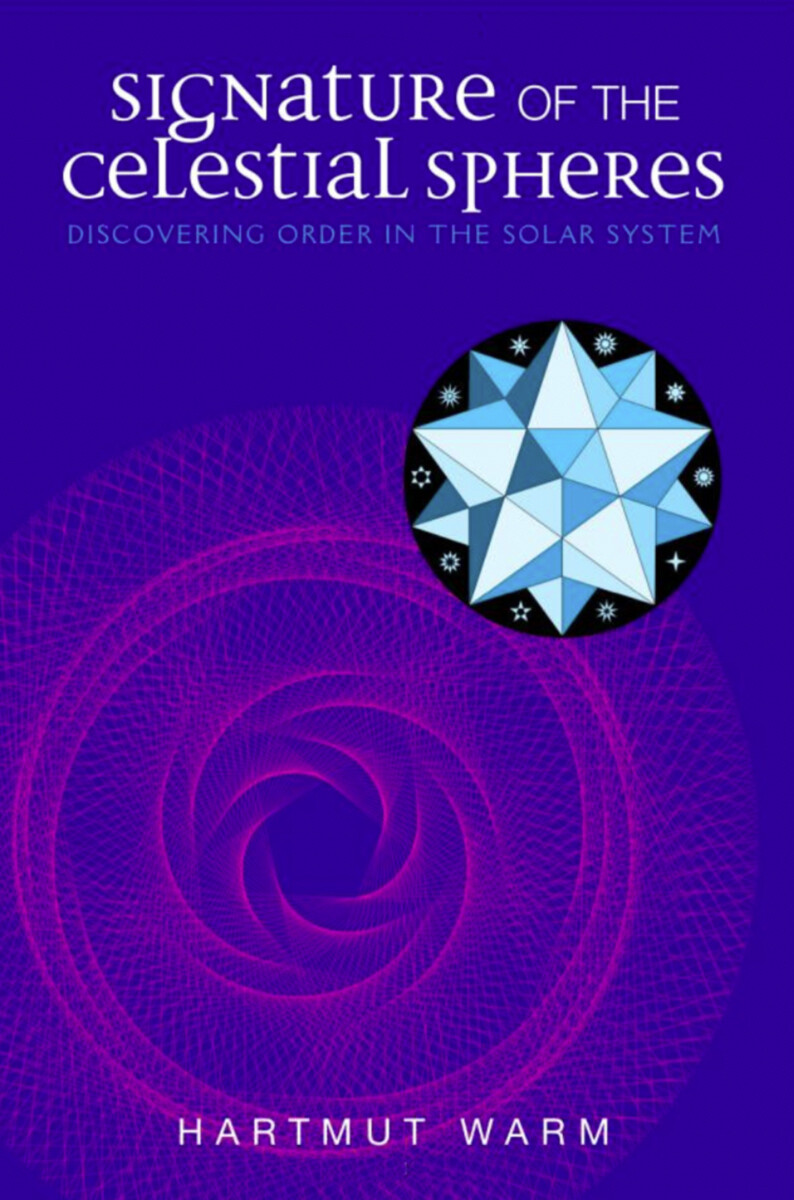 Signature of the Celestial Spheres

Discovering Order in the Solar System

Is the solar system ordered? Or is it simply the result of random and chaotic accidents?

This book takes the reader on a compelling and powerful journey of discovery, revealing the celestial spheres in their astonishingly complex patterns. Movements of the planets are found to correspond accurately with simple geometric figures and musical intervals, pointing to an exciting new perspective on the ancient idea of the "harmony of the spheres."

Hartmut Warm's detailed presentation incorporates the distances, velocities, and periods of conjunction of the planets, as well as the rotations of the Sun, Moon, and Venus. Numerous graphics—including color plates—illustrate the extraordinary beauty of geometrical forms that result when the movements of several planets are viewed in relation to one another. Moreover, the author describes and analyzes concepts of the "music of the spheres," with special emphasis on Kepler's revolutionary ideas.

The book also discusses current scientific beliefs about the origin of the universe and the solar system, enabling the reader to understand fully how this remarkable research supplements contemporary materialistic views of the cosmos.

The appendix includes his mathematical and astronomical methods of calculation, as well as a detailed discussion of their accuracy and validity based on modern astronomical algorithms.

Preface
Note to the English Edition

1. The Initial Approach
2. Geometry and Harmonics
3. A Backward Glance and a Glance up to the Stars
4. Analysis of the Harmonic Relationships
5. Current Scientific Thinking
6. The Journey Continues: Rhythms and Eccentricities
7. Venus, Earth, Mars
8. Underneath the Clouds of Venus
9. Rotations
10. A Symphony of Flowers and Stars
11. Journeys into Macrocosm and Microcosm
12. Ultimate Perfection
13. The Signature

Helmut Warm, born 1956, is a civil engineer and independent researcher in astronomy, geometry, the history of harmonics, and musical aesthetics. He has taught, lectured, and published widely on these and other subjects and, in particular, on his discoveries relating to the solar system and its inherent order. He lives in Hamburg, Germany.