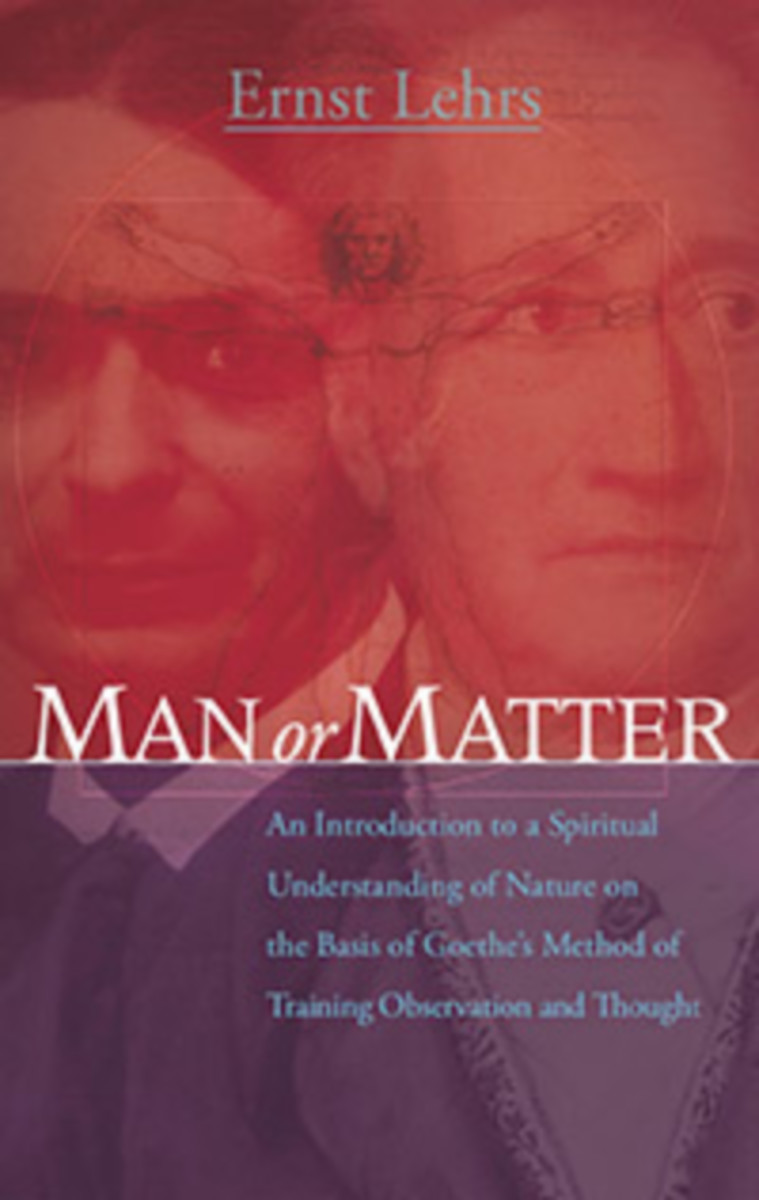 “‘What is science?’ . . . It is a pity the work of Dr. Rudolf Steiner has been overlooked in this respect. Probably the most consistent answer apart from Steiner’s is that of Sir Karl Popper. The object appears to be to find a foolproof criterion that distinguishes genuine scientific statements from others. However, science need not be seen as a system but rather as the activity of scientists. Steiner’s approach takes into account the process of cognition of the researcher, and in particular allows for the evolution of that process. A rigidly conceived scientific method, fixed for all time, may easily become outmoded.” — Nick Thomas (from the book)

In this third, enlarged edition of Lehrs’ classic study, the reader is led, step by step, to a spiritual-scientific method of investigation. The author demonstrates how one can transcend the boundaries of the physical world to the metaphysical origins of nature and humankind. This is a pioneering new method of training the mind and eye, as well as other human senses, leading to a transformation from our modern “on-looking” consciousness to a new kind of “participative” consciousness.

The beginnings of this method were formulated by Goethe (1749–1832) more than 200 years ago, but his contemporaries offered little in the way of fertile ground for his ideas. It was Rudolf Steiner who recognized the significance of “Goetheanism” for the future development of not only science, but also human culture in general, and who developed Goethe’s work in modern times.

Man or Matter contains the systematic results of the author’s work with the methods of Goethe and Steiner (whom he knew personally). In this unique study, Lehrs addresses himself to anyone—with or without a specialized scientific training—concerned with developing the human power of cognition in the present time.

“Once a being has recognized itself as a product of evolution, it immediately ceases to be that and nothing more. With its very first act of self-knowledge, it transcends its previous limits and must in future rely on its own conscious actions for the carrying on of its development.” — Ernst Lehrs

This revised edition was edited by Nick Thomas and Peter Bortoft.

PART ONE: SCIENCE AT THE THRESHOLD

1. Where Do We Stand Today?
2. The Birth of the Onlooker in Man
3. The Onlooker’s Philosophic Malady
4. The Country that Is Not Ours

PART TWO: GOETHEANISM—WHENCE AND WHITHER?

PART THREE: TOWARDS A NEW COSMOSOPHY

PROSPECT: THE CREATIVE POWERS IN NATURE