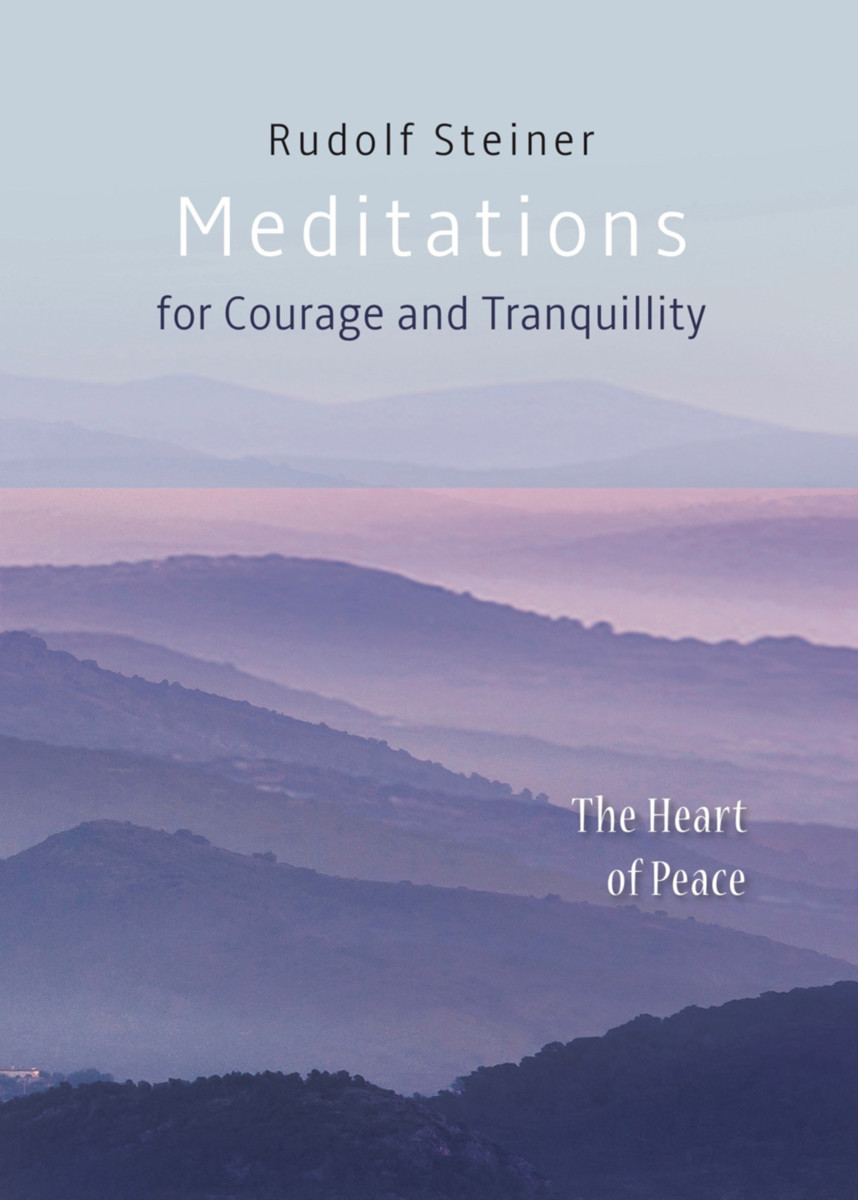 Meditations for Courage and Tranquillity

The Heart of Peace

The years flow past into the stream of time,
leaving us with memories;
and in remembering, the soul
weaves life together with life's meaning.
Live the meaning, trust existence;
and universal life will join
the core of your being with its own.

As a spiritual teacher, Rudolf Steiner wrote many inspired and beautifully crafted verses. Often they were given in relation to specific situations or in response to individual requests; sometimes they were offered simply to assist in the process of meditation. Regardless of their origins, they are uniformly powerful in their ability to connect the meditating individual with spiritual archetypes. Thus, the meditations provide valuable tools for developing experience and knowledge of subtle dimensions of reality.

Matthew Barton has translated and selected Steiner’s verses, sensitively arranging them by theme. In this collection—to promote courage and tranquility—Rudolf Steiner highlights the balancing, harmonizing forces of the heart, which are so much under attack in our cerebral culture.

The verses aim to strengthen the heart by warming and enlivening thinking, allowing for genuine peace of mind; by drawing feeling into the dark depths of our will, in order to help develop courage; by nurturing a real sense of peace within the heart; and by helping us to help others. Together they provide a powerful antidote to the stresses and strains of modern life.

Previously published in hardcover as The Heart of Peace (2002).