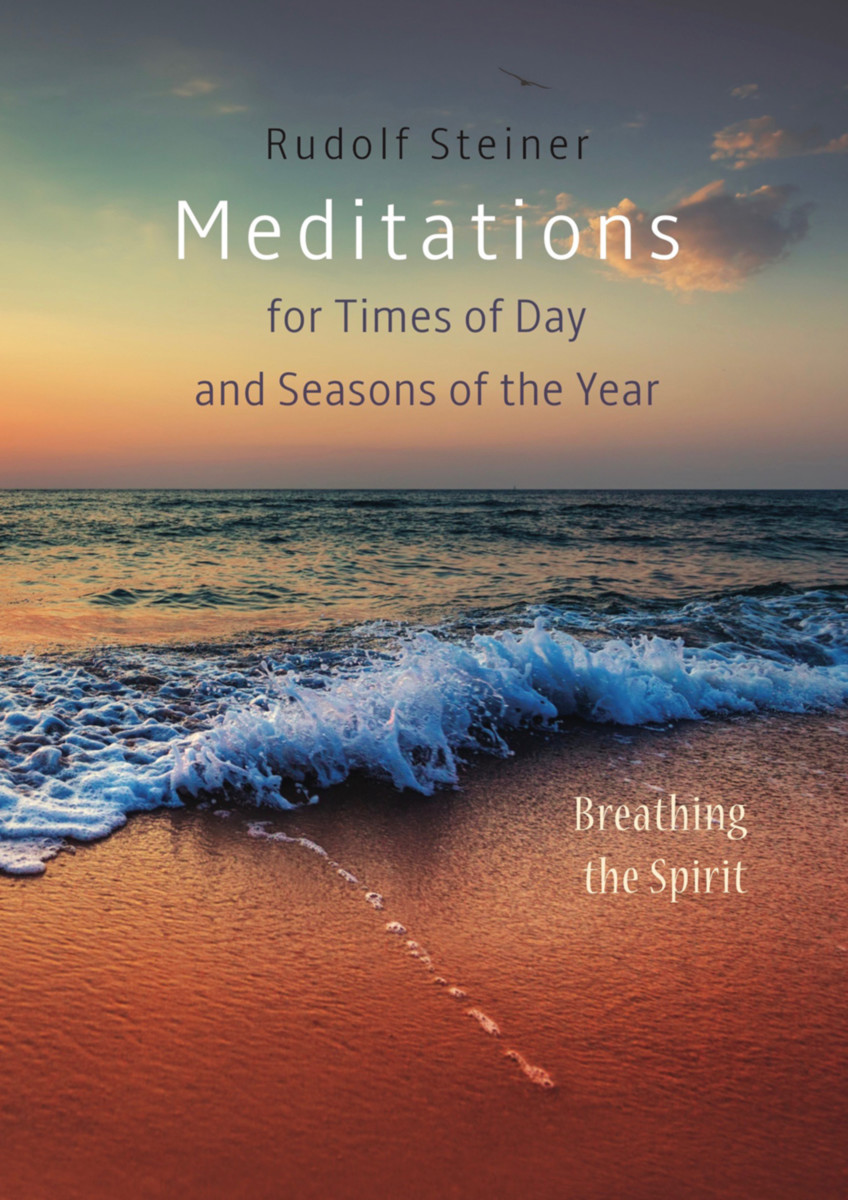 Meditations for Times of Day and Seasons of the Year

My eye opens
and receives the light of day,
after night's peace has strengthened me;
my heart, be strong in will and powerfully feel
how courage and life from God's wide world
pour, give themselves into my limbs.
Let me know at every moment
that God's high powers sustain and bless
everything I can feel within me
and strength enables me to attain.

As a spiritual teacher, Rudolf Steiner wrote many inspired and beautifully crafted verses. Often they were given in relation to specific situations or in response to individual requests; sometimes they were offered simply to assist in the process of meditation. Regardless of their origins, they are uniformly powerful in their ability to connect the meditating individual with spiritual archetypes. Thus, the meditations provide valuable tools for developing experience and knowledge of subtle dimensions of reality.

Matthew Barton has translated and selected Steiner’s verses, sensitively arranging them by theme. In this collection of meditations for times of day and seasons of the year, Rudolf Steiner delves into the rhythms of nature and their relationship to human beings.

The verses in the first part refer to the cycle of waking and sleeping, echoing the greater rhythms of birth and death. They provide an accompaniment for each day, gently reminding us where we have come from and where we are going.

The second section focuses on the human passage through nature’s changing seasons—a greater cycle of sleeping and waking. Together they offer us a spiritual light for our journey through life.

Previously published in hardcover as Breathing the Spirit: Meditations for Times of Day and Seasons of the Year (2002).