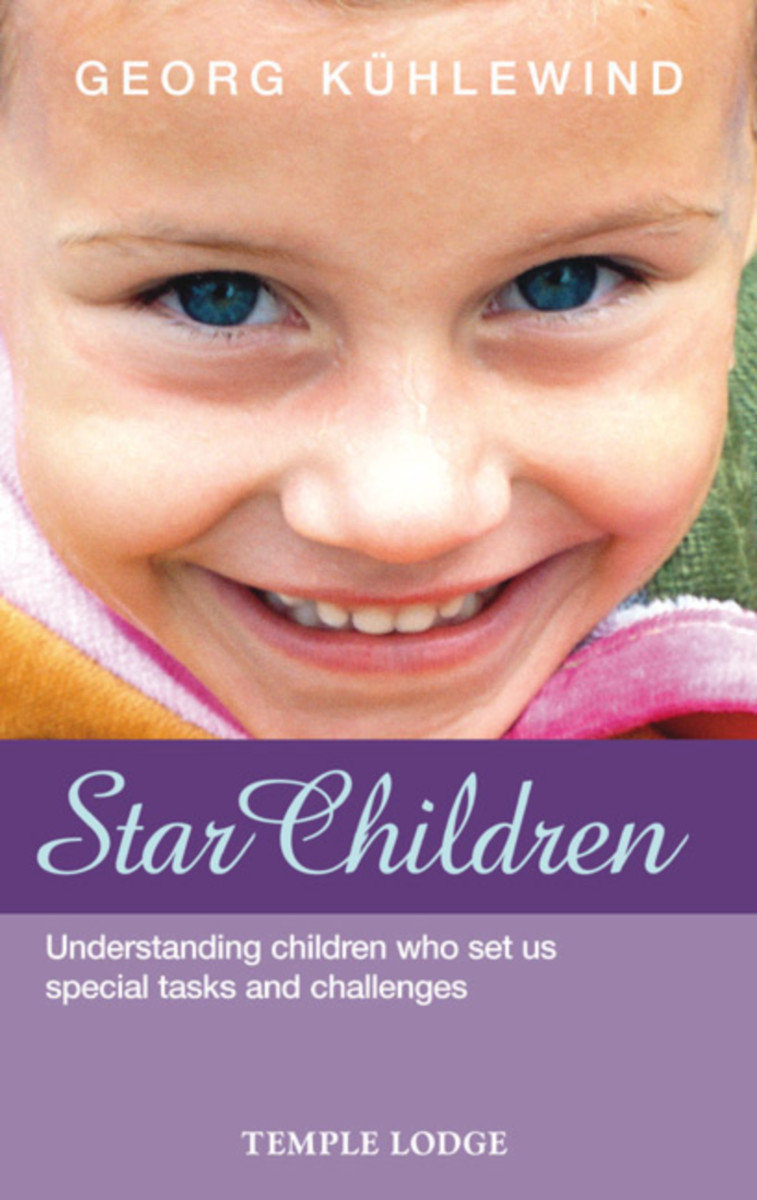 Understanding Children Who Set Us Special Tasks and Challenges

“While working on this book the following happened to me: As I checked in at the airport in Hamburg a young couple was in front of me, and the mother had a three-to-four-month old baby in her arms. All of a sudden, the baby turned round, looked me straight in the eye, and I was deeply shaken; for that was not the look of a baby but of a very self-aware adult, a wise one, and he appeared to see right through me” (Georg Kühlewind).

Who are the star children? In recent years, much has been written about “gifted” children with special abilities, sometimes called “indigo children” or “crystal children.” It is said that these children are coming to earth to help humanity in its development. Based on extensive research, Georg Kühlewind confirms that this new generation has been incarnating among us for the past couple of decades. This event, he states, is one of the most important of our age.

Unlike many other contributors to this discussion, Kühlewind gives us the necessary background to follow experientially what he has to say. He takes us consciously and scientifically into the realm from which we all enter the world as babies, “trailing clouds of glory.” We all possess the tools he describes for taking this path: our thoughts, our heart forces, and our willpower. By using these faculties with full attention—by focusing our attentiveness and eliminating everything else—we can enter the realm of the spirit where the prevailing laws are different from those on Earth. The author helps us by closing each chapter with themes for contemplation and meditation.

Star Children is a compelling addition to the literature on the theme of “special children,” offering a unique perspective based on Spiritual Science and research.

How this Book Came About
Why is It so Difficult to Understand Small Children?
Star Children
Method of Research
Practical Indications for the Reader

I. A PHENOMINALOGOCAL STUDY OF THE NATURE OF THE SMALL CHILD

1. What Do the Words “Spiritual” and “Spiritual Beings” Mean?
2. Is a Baby a Spiritual Being?
3. The Good in a Child
4. Non-inherited Factors
5. Imitating
6. Existence in the Spiritual World
7. Being Given Form
8. The Senses
9. Acquiring Speech
10. The Forming of Concepts
11. The Feeling of Self
12. Speech Acquisition and the Feeling of Self
13. A Small Child’s Spontaneous Religiousness
14. The “I” and the Independent Spiritual Forces
15. Star Children and Difficult Children
16. The Distinctiveness of Star Children

17. Attentiveness
18. The Concentration Exercise
19. The Inner Attitude
20. Developing the Senses, Acquiring Speech, Forming Concepts
21. The Feeling of Self
22. The Religiousness of the Small Child and Its Cultivation (by Annie Kühlewind)
23. Children, Star Children, and Adults
24. Afterword and Consolation

APPENDIX I: The Ending of Childhood (by Annie Kühlewind)
APPENDIX II: Meditations

Children and Their Temperaments

Why Don't Children Sit Still?
A Parent's Guide to Healthy Movement and Play in Child Development
OR