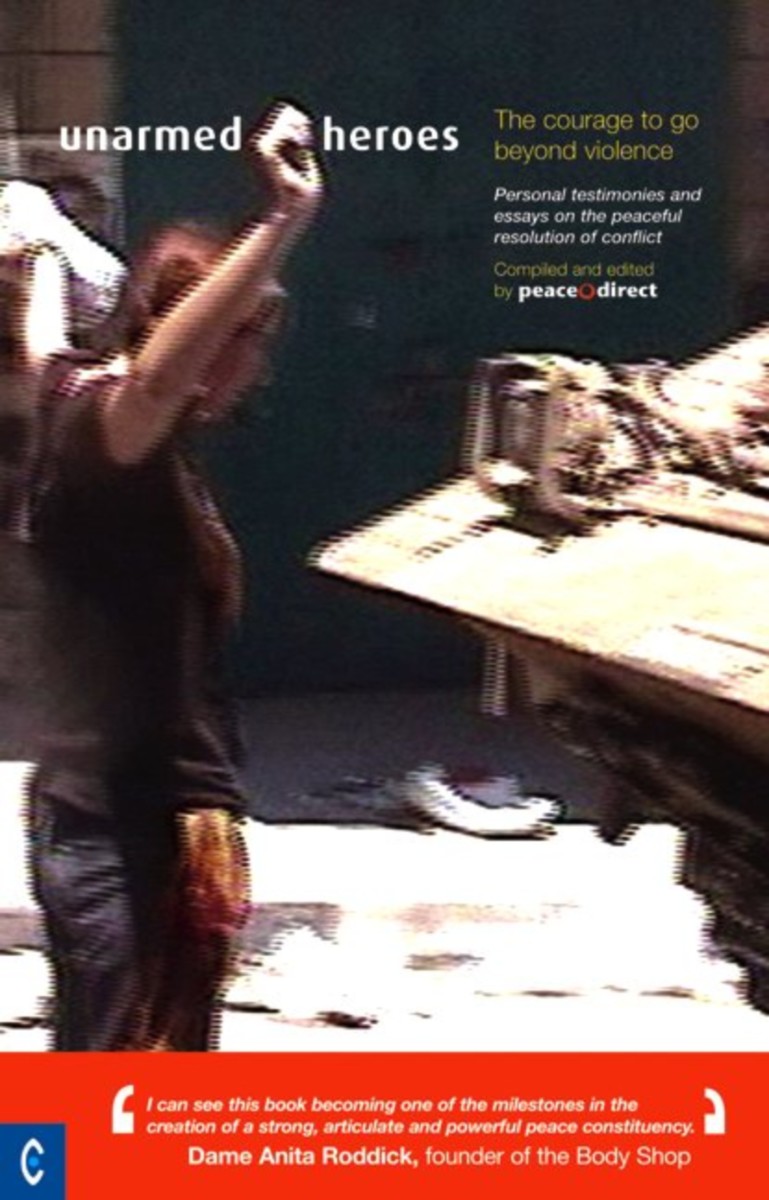 The Courage to Go beyond Violence: Personal Testimonies and Essays on the Peaceful Resolution of Conflict

In any war, there are always those who, rather than picking up an AK-47, will take the difficult route of active peacemaking. There are individuals in the middle of violence in Afghanistan, Northern Ireland, even in the Congo, who risk their lives to prevent others from being killed. This book tells their stories.

Featuring sixteen personal testimonies by those who have summoned the courage to transform violence in their lives, Unarmed Heroes is an inspiration as well as a handbook for overcoming conflict. The contributors, drawn from around the globe, include relatives of those who died in the World Trade Center attack and the Oklahoma bombing; Israeli, Palestinian, and Afghan peace activists; a former IRA bomber and the daughter of one of his victims; a British military commander turned anti-nuclear campaigner; and many others. Despite their diverse backgrounds, each shares a passion for working actively and peacefully for positive change.

Such stories might leave us in awe, doubting our own ability to emulate such bravery, but this book features an accessible do-it-yourself section that shows, step by step, how you can take constructive steps to change your own life and learn the skills that resolve conflict. Also included is a comprehensive resources section.