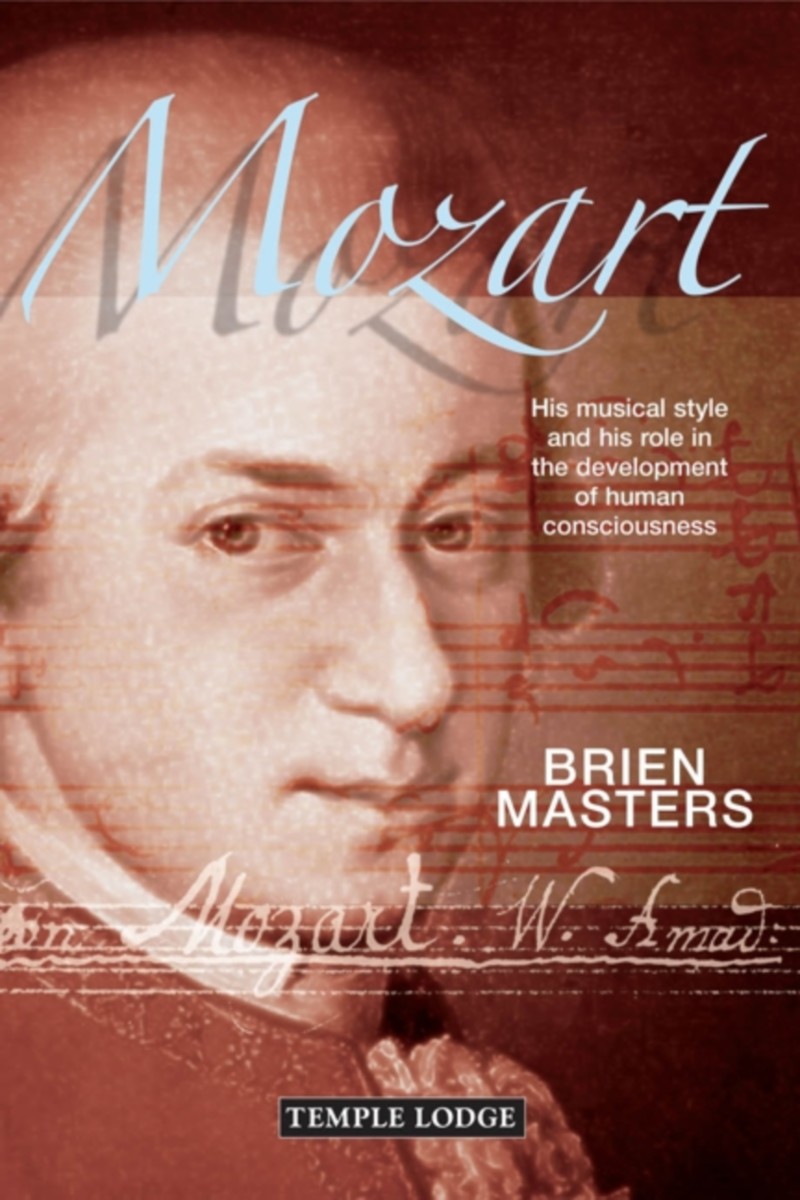 When he was first introduced to the idea that human consciousness has been evolving over the centuries and millennia, Brien Masters discovered the possibility of gaining insight into this phenomenon by examining the musical styles of various classical composers. Following years of musical study and practice, in Mozart’s music he detected a reflection of humanity’s emerging consciousness of selfhood and individuality.

Two hundred and fifty years after his birth, Mozart continues to be acknowledged universally as a musical genius. Recognition of his work, however, goes beyond the pleasure we derive from listening to his music. In the 1990s, psychologists discovered the so-called Mozart Effect, the notion that listening to Mozart enhances mental capacities and even health. In this study, the author considers Mozart in relation to the evolution of human consciousness.

Could Mozart’s music affect changes in human makeup? Masters studies Mozart’s musical style and considers the nature of the human “I.” By analyzing Mozart’s compositions, the author shows how the principles of the “I” are particularly evident his music. Masters tells us that his book may be read as his attempt to “describe the self’s journey toward the richness of Mozart’s musical style [and] to shed Mozartean light onto the self as the central element in the human constitution. The former perspective is a comment on the significance of his genius appearing in the second half of the eighteenth century. The latter has relevance, among other things, for the debate on and understanding of the so-called Mozart Effect today.”

Relevant musical scores are included for those who wish to study the relevant pieces in greater detail.

WOLFGANG
Bars of Music—not Cages
Style and the Diatonic
Visiting—from Where?
Quill in Hand: Mind with Outstretched Wings
The Bohemians Understand Me
Mozartean Integrity

Brien Masters, Ph.D., was qualified as both a state and a Waldorf teacher and taught everything from music to math to map reading. He taught around the world and acted as a consultant to government ministries. He wrote numerous articles and several publications for use in schools. His doctoral thesis is a critical appraisal of Waldorf praxis in the light of Rudolf Steiner’s original educational ideas. Brien Masters was director of the London Waldorf Teacher Training Seminar, as well as a seminar in Gran Canaria, the Canary Islands. He died in October 2013.

The Mystery of Musical Creativity
The Human Being and Music