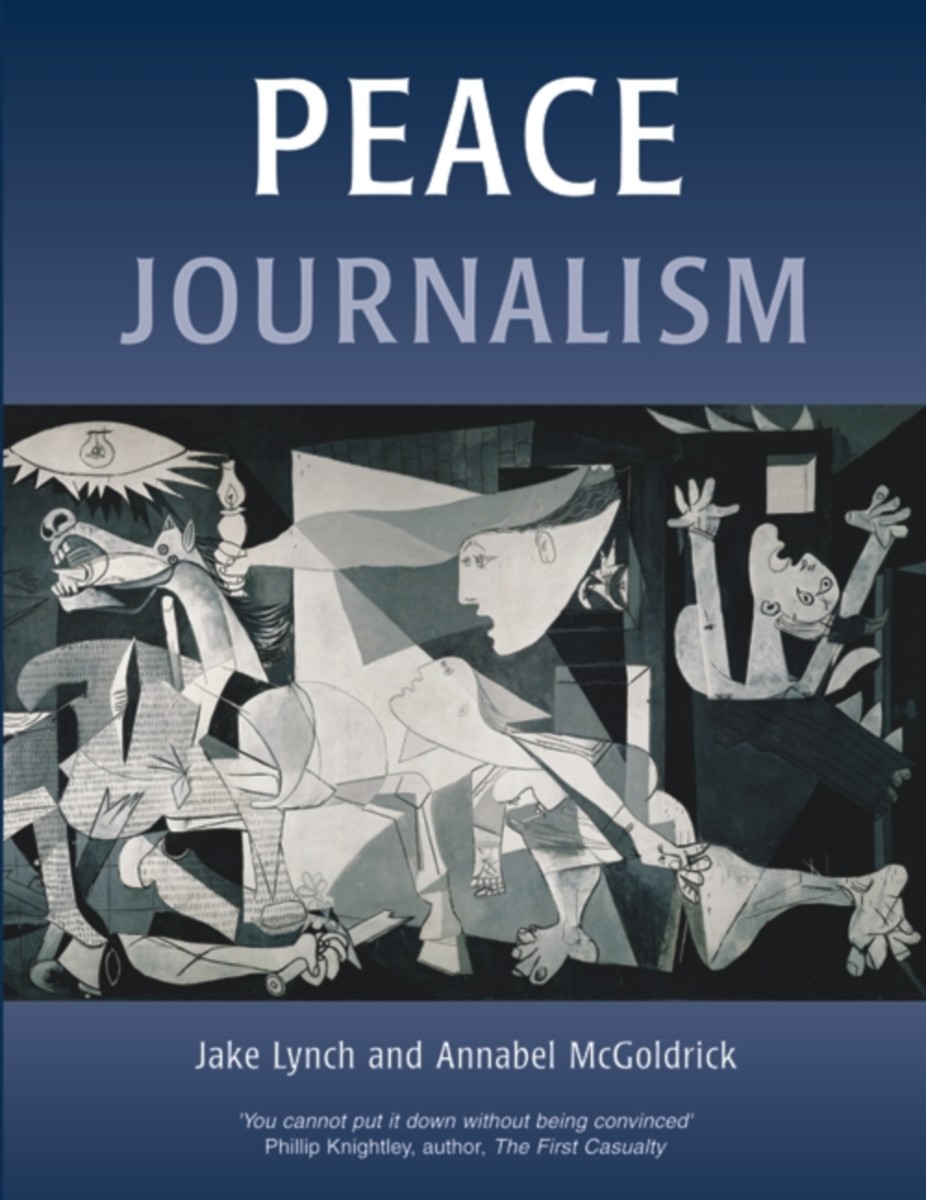 “Wholly refreshing it is one of the strengths of this book that a range of problems are raised, from the choice of value-laden words and phrases to broader issues about the underlying ideology of the news agenda, the mind-set of journalists working to that agenda and the insidious nature of propaganda. Most importantly, it offers journalists a coherent, practical set of guidelines for facing up to these problems...the undeniable merit of the authors’ approach is that it makes journalists think more deeply about their overall responsibilities to society.” —Roy Greenslade, Professor of Journalism, City University, London (from the introduction)

Peace Journalism explains how most coverage of conflict unwittingly fuels further violence, proposing workable options to give peace a chance. Topical case studies—including the war in Iraq and the “war on terrorism”—are supported by theory, analysis, archive material, and photographs. The book attempts to contrast war journalism and peace journalism; show how the reporting of war, violence, and terror can be made more accurate and useful; and offer practical tools and exercises for analyzing and reporting the most important stories of our time.

Accessible and authoritative, Peace Journalism will prove valuable to those involved directly in journalism and all who wish to better understand the problems and solutions to better coverage of war and conflict.

1. The Peace Journalism Model
2. Conflict Analysis—Anchorage for Journalists
3. Reporting and Understanding Violence
4. War Propaganda
5. Scenarios and Dilemmas
6. Doing Peace Journalism
7. Why Is News the Way It Is?

Jake Lynch is a BBC television news anchor and reporter, a former Political Correspondent for Sky News and Sydney Correspondent for the Independent newspaper. He and Annabel McGoldrick are joint directors of Reporting the World, which the Observer newspaper called “the nearest thing we have to a journalism think-tank.”