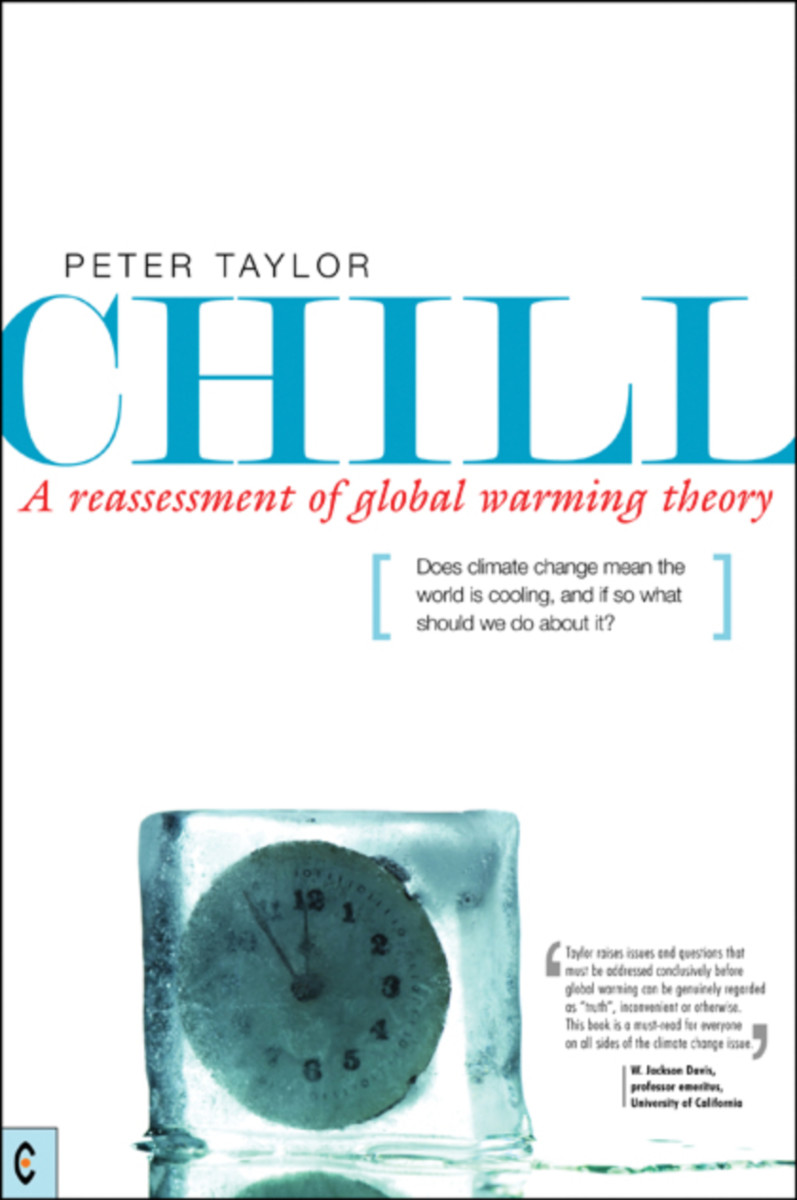 A Reassessment of Global Warming Theory

Although the world’s climate has undergone many cyclical changes, the term “climate change” has assumed a sinister meaning, implying catastrophe for humanity, ecology, and the environment. We have been told that we are responsible for the threat and that we should take immediate action to prevent it. However, the widespread scientific consensus of opinion about the causes and effects of climate change is not what it seems.

Chill offers a critical survey of the subject by a committed environmentalist and scientist. Based on extensive research, the author reveals a disturbing collusion of interests responsible for creating a distorted understanding of changes in global climate. Scientific institutions, basing their work on critically flawed computer simulations and models, have gained influence and funding. In return they have allowed themselves to be directed by the needs of politicians and lobbyists for simple answers, slogans, and targets. The resulting policy—a sixty percent reduction of greenhouse-gas emissions by 2050—would have a huge, almost unimaginable, impact on the landscape, community, and biodiversity.

Based on his studies of satellite data, cloud cover, ocean, and solar cycles, Peter Taylor concludes that the main impetus of recent global warming has been an unprecedented combination of natural events. His investigations indicate that the current threat facing humanity is, in fact, a period of cooling, as the cycle turns, comparable in severity to the Little Ice Age of 1400–1700 CE. The risks of such cooling could be greater than global warming and on a more immediate timescale, leading to the possibility of failed harvests and leaving hundreds of millions vulnerable to famine. Drawing on his experience of energy policy and sustainability, Taylor suggests practical steps that should be acted on now. He urges a shift away from mistaken policies that attempt to avert inevitable natural changes, toward adapting to a climate that may turn significantly cooler.

Peter Taylor has extensive experience of research and policy analysis across a wide field of environmental issues, having advised governments, the European Commission, and UN organizations. He has made a significant contribution to international treaties on ocean protection and the development of the precautionary principle. Recent work has included consultancy to UK government agencies and non-government organizations on renewable energy policy and rural issues (he sits on the National Advisory Group for the Community Renewables Initiative (a joint Countryside Agency and DTI program).