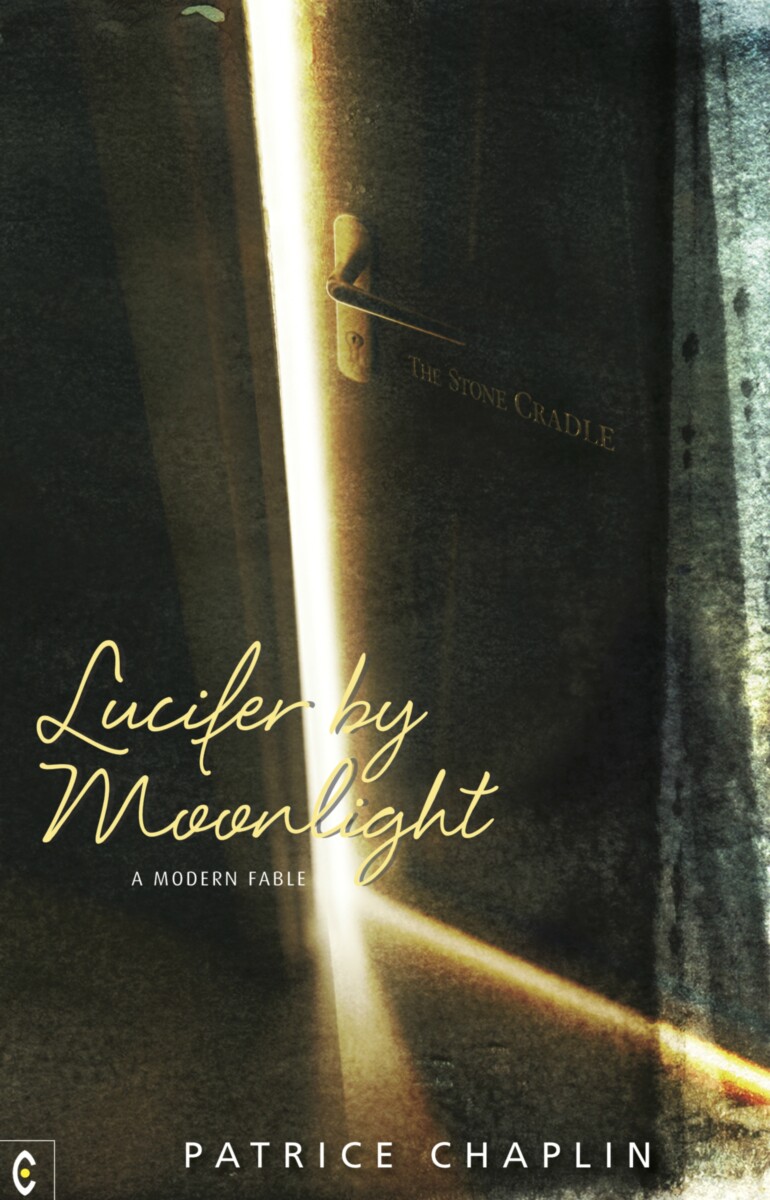 According to ancient scripture, Lucifer was cast out of Heaven as a result of his disobedience, gaining freedom for humankind in the process. In Spain, local legends suggest that the fallen archangel appeared in an earthly body thousands of years ago. As the Child of Light, a woman from the East rocked him on a mysterious stone cradle.

Seeking to uncover secrets held for centuries, Patrice Chaplin’s research into her book The Stone Cradle evolved naturally into Lucifer by Moonlight.  From the material she discovered, the rebellious archangel surfaced in the modern day—treading his way down dark streets, forever trying to make sense of his destiny. In London, he is seen as a man of exquisite taste and blinding charisma, habitually breaking hearts. Alternatively, as Lucie Fur, he is a high-class hooker, walking the streets of Kentish Town while trying to avoid his old enemy, the Elysium Fox from Thebes.

Chaplin—a celebrated novelist and memoirist—takes us to the timeless Stone Cradle, where the old red-headed trickster, absorbing beams from the moon to feed his brilliance, lies waiting for his obligatory earthly reappearance. But could things turn out differently this time? Might his veneration of children and unexpected care for others change his fate? As Lucifer returns to the Stone Cradle with his dying friend, the morning light reveals the glories of Venus, the place for which he yearns. Will there be atonement—even redemption—for the tired archangel’s past misdeeds?

Illustrated with color pictures by Melissa Scott-Miller, this imaginative new work is a thought-provoking fable for our time.