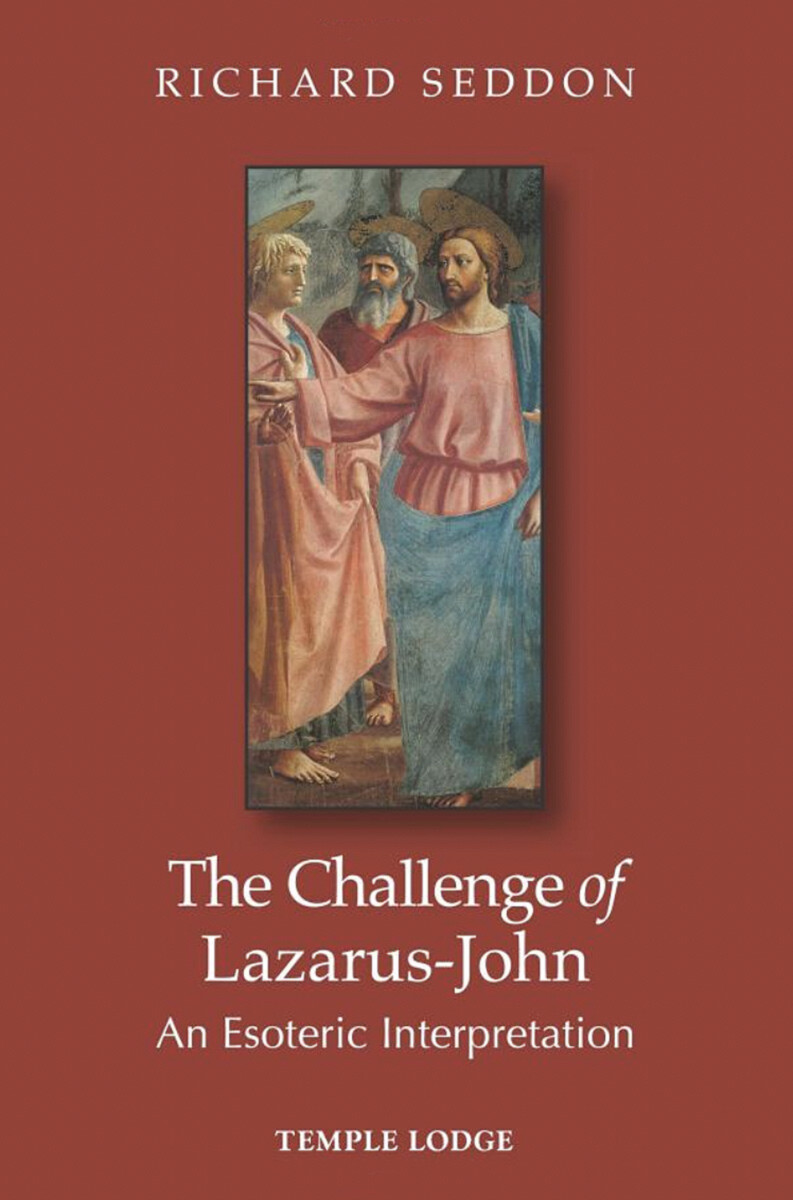 The Gospel of John (as distinct from the “synoptic gospels”) is the most esoteric and challenging account of the life, death and resurrection of Jesus Christ. John, whose identity has been much debated, mysteriously refers to himself as "the disciple whom Jesus loved.” However, didn't Jesus love each of the twelve Apostles? Indeed, did he not love all humankind? Nonetheless, the Gospel says that Jesus "loved him,” speaking only of Lazarus.

In this profound study, Richard Seddon brings together essential but often overlooked quotations from the work of Rudolf Steiner. Steiner made no claim to divine inspiration, but described how—through the vigorous discipline of inner development—the capacity for spiritual-scientific research could be acquired. Rudolf Steiner, who founded Anthroposophy, undertook research into many of the incidents recorded in John's Gospel, and reported his results in lectures given across Europe. In compiling Steiner's various statements, The Challenge of Lazarus–John reveals that John's Gospel not only gives a historical account, but also represents a path of personal development or initiation.

After the prelude describing Creation, the Gospel describes how the Christ-being descended into the physical and spiritual constitution of Jesus of Nazareth during the Baptism in Jordan. Crossing the threshold between physical and spiritual worlds, the Gospel writer emphasizes the development of the higher self in freedom, the rebirth of the soul, and the raising of Lazarus. An interlude considers the significance of the seven events called “signs” and the seven “I AM” statements in connection with higher stages of knowledge.

The remainder of the Gospel is seen as an expression of the seven stages of Rosicrucian–Christian initiation and their reformulation in the process of human evolution as described in anthroposophic teaching. This culminates in an examination of the spiritual processes in the constitution of Jesus during the Crucifixion and Resurrection. It is Lazarus–John's personal observation of those events that enabled him to write his unique Gospel.

Gathering such insights and interpretations, Seddon has produced a comprehensive book that supplements existing biblical commentaries and illumines John's enigmatic Gospel as a truly Christian path of modern initiation—a challenge to all human beings that will endure for millennia to come.