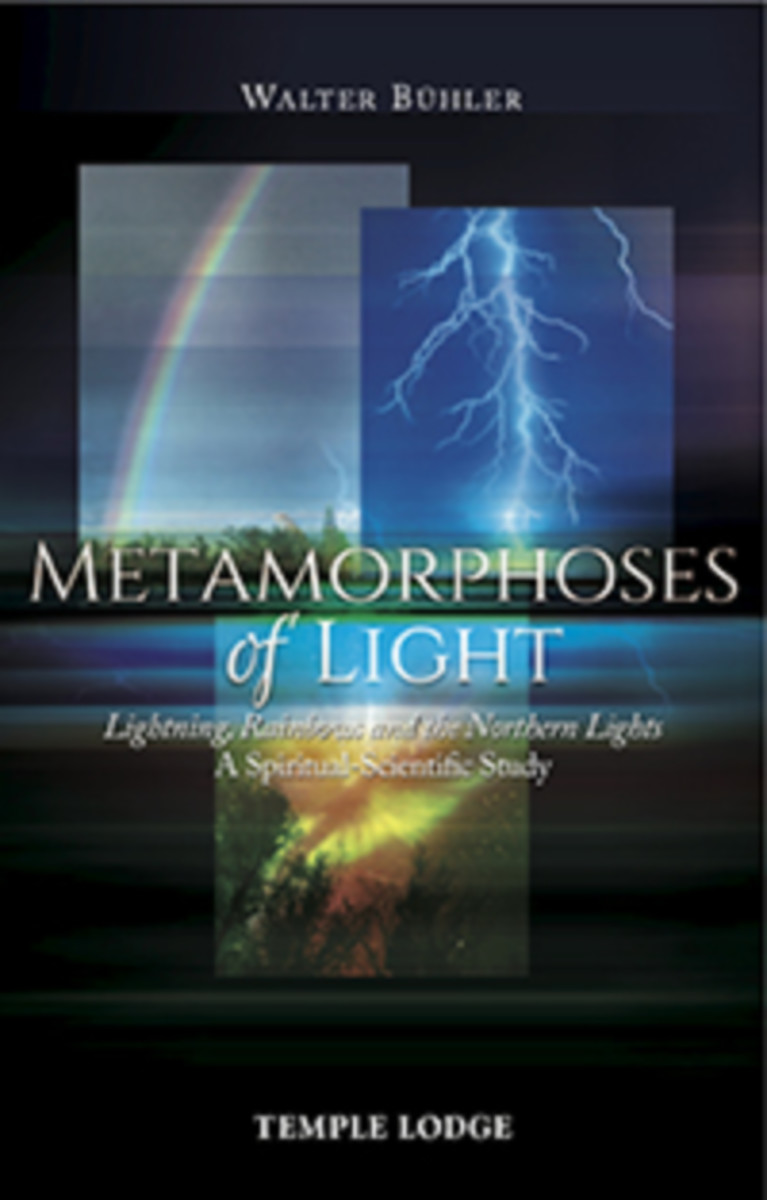 Lightning, Rainbows, and the Northern Lights: A Spiritual-Scientific Study

The essence of light is to shine; it radiates dynamically in all directions at an unimaginable speed, never resting. The nature of matter, by contrast, is heavy, static, and condensed. Nevertheless, matter can also let light through, as with crystals or in the transparent and flowing element of water, evaporation, and air. Water and air thus act as “mercurial” factors, allowing the creative potential of light to appear as diverse colors. The “deeds and sufferings of light” are also found in many inorganic phenomena, such as the northern lights. By seeing the laws within phenomena, Goethe approached an understanding of the etheric formative forces. The object of this book is to observe nature’s wonders through Goethe’s methodical process. Apart from the “rainbows, lightning, and northern lights” in the subtitle, the author discusses the blue of our skies, the colors of twilight, dewdrops, halos, and other light phenomena. The author tells the reader that the power of imagination produced by us as observers creates depth and inwardness. In such a state of consciousness, our inner eye can picture “a threefold global union of light, which speaks to a threefold organization of the Earth.” Bühler’s concentrated work will inspire readers to make their own observations of the optical phenomena in our atmosphere, learning again to treasure our planet for what it is—a human-scale home for which we are all responsible.

Walther Bühler (1913–1995) was a German physician who specialised in Geothean research. He studied medicine and did research into the changing ratio of male and female births at different phases of the moon. He was the founder of the Paracelsus Clinic in southern Germany. He lectured widely and was known for being able to explain complex science in a clear, lucid way.