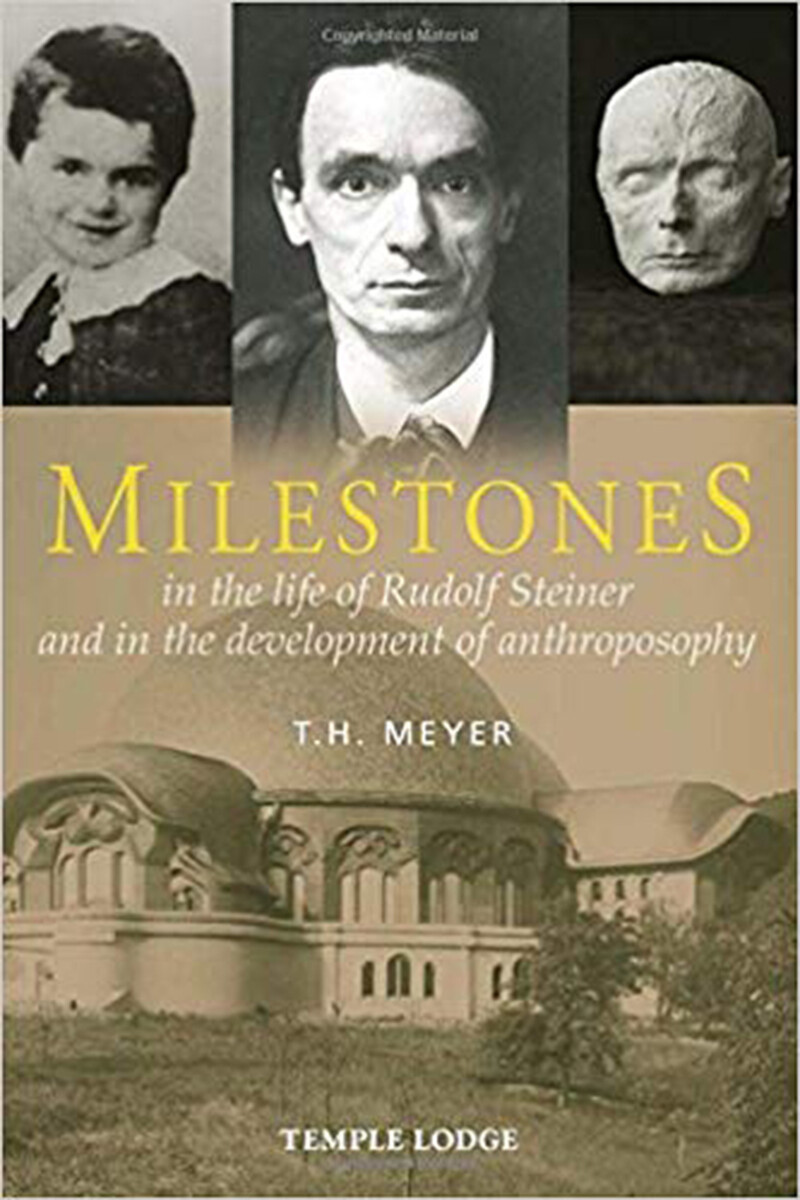 Why was the act of arson that destroyed the first Goetheanum so devastatingly successful in its malicious intent? What was the nature of the poisoning that Rudolf Steiner suffered in 1923? What was the significance of Steiner’s encounter with an unknown Master in 1879, as well as his later meeting with Friedrich Nietzsche on his sickbed?

Rather than presenting an accumulation of data, Thomas Meyer takes a symptomatological approach to the evolution of Rudolf Steiner’s thinking, pinpointing specific moments in his biography while making numerous connections with contemporary issues. Seemingly unimportant details are significant— such as Steiner’s boyhood habit of smashing dishes or the droplet of water that adorned Steiner’s forehead at his funeral. The often-overlooked language of such images is evaluated within the context and grandeur of Steiner’s lifework.

An incisive theme that runs through Milestones is the dual nature of time—“involution” and “evolution”—and how it affects the Anthroposophical Society and the anthroposophic movement. Following Steiner’s death, a lopsided involution process was evident in the overemphasis of the Christmas Foundation Meeting, as well as in Steiner’s supposedly “indissoluble” connection with the Society. This is juxtaposed with the distorted evolution processes, as seen in the urge to enter the public domain by jettisoning Anthroposophy altogether. Such disharmonies can be healed, says Meyer, only by seeing the reality. This book serves as an essential guide to understanding the task of Anthroposophy in today’s world.