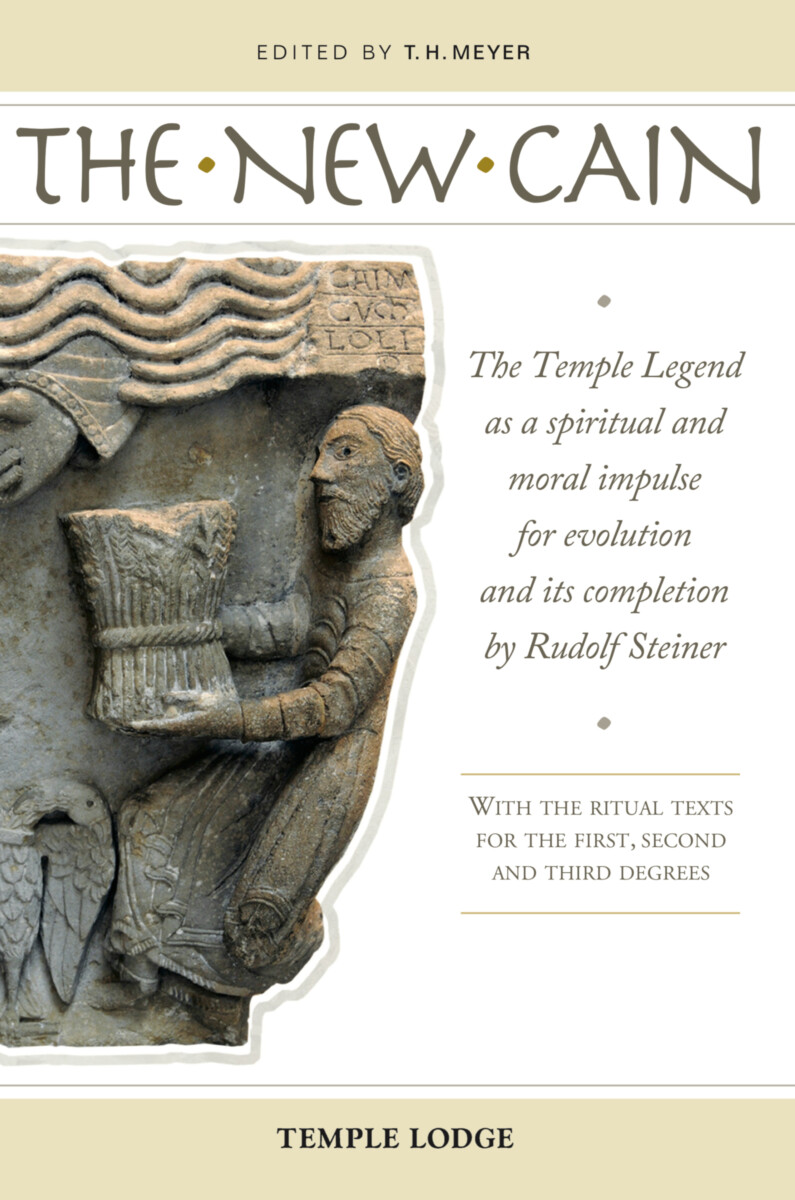 Who was Cain and what does he represent? The first part of this book invites us to revise the traditional, biblical, view of Cain as his brother’s murderer. Rudolf Steiner shows how the original Cain was ready to sacrifice his being to something higher, but this pure impulse was perverted into the desire to murder. Our earthly knowledge has an affinity with the fallen Cain, but there is also a path by which we can ascend to the condition of Cain before his fratricide—through the stages of higher knowledge. Only the descendants of Cain, coming to full and real “I” development, can sustain themselves in the face of earthly forces.

In the context of this primeval Cain, or the “new” Cain, the ritual ceremonies enacted by Steiner between 1905 and 1914 acquire their true meaning, as a way to incorporate previously developed spirit knowledge into the human soul and into physical reality. Here the practical occultist increasingly identifies with Hiram, the central figure of the Temple Legend, in order to realize the new Cain within him. Meyer demonstrates the direct line from Rudolf Steiner’s early “rites of knowledge” to the Class lessons of 1924, which Steiner had intended to reinvest with a ritual element.

Besides reflections by Rudolf Steiner and editor Thomas Meyer’s commentary, this volume includes important thoughts by Marie Steiner, W. J. Stein, Ludwig Polzer-Hoditz and Rudolf Geering–Christ. The final chapter contains a lecture by D. N. Dunlop—perhaps Steiner’s most important pupil in the West—that reveals the universally human core of the rituals we encounter both in traditional Freemasonry rites and in those developed by Rudolf Steiner.