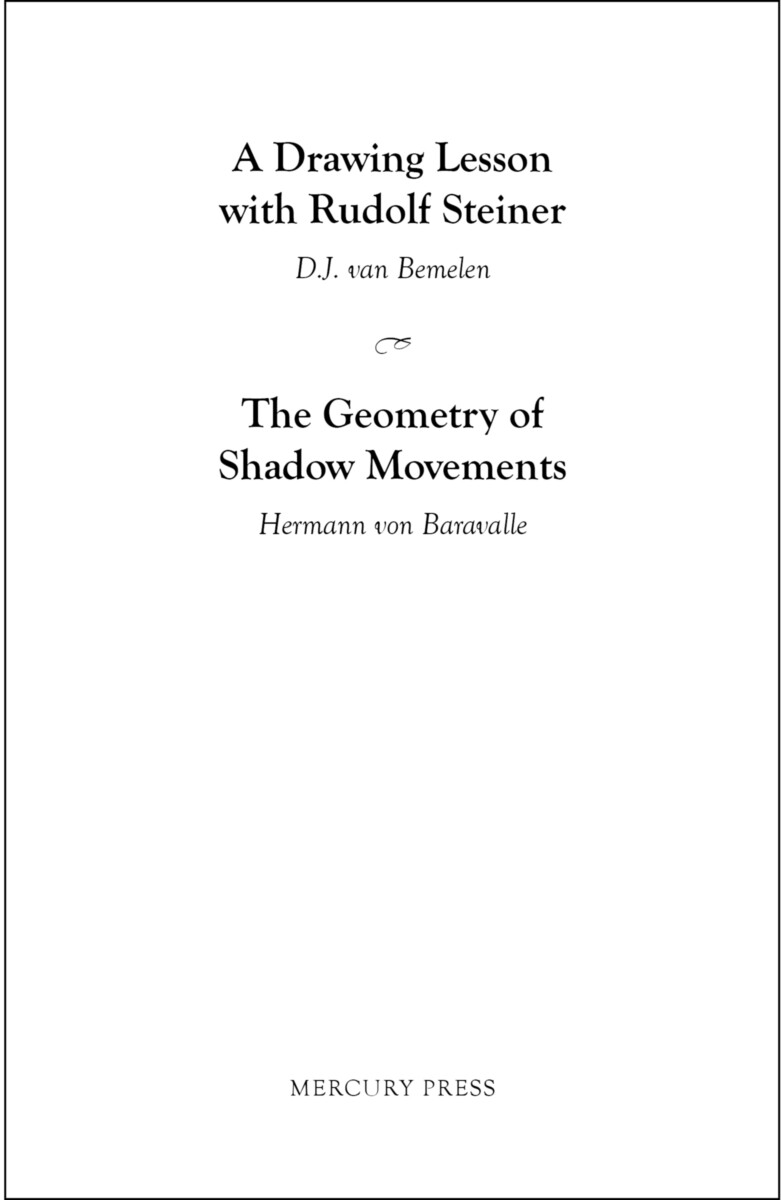 A Drawing Lesson with Rudolf Steiner - The Geometry of Shadow Movements

When a child draws an object of nature, a tree, or a rock, for example, the child is experiencing nature itself. If solid, unbroken lines are used to represent the object, perception is fixed on something which isn’t really there. In reality, we perceive visual images as gradations of shade and color, never as the distinct outlines we commonly use to draw with.

The techniques given in these two lessons allow a child to have a different and truer relationship to the physical world.

Hermann von Baravalle (1898–1973) taught mathematics and physics under Rudolf Steiner's guidance in the first Waldorf school in Stuttgart, Germany. He emigrated to the United States in 1937, where he traveled extensively and lectured on numerous subjects and helped establish several Waldorf schools.