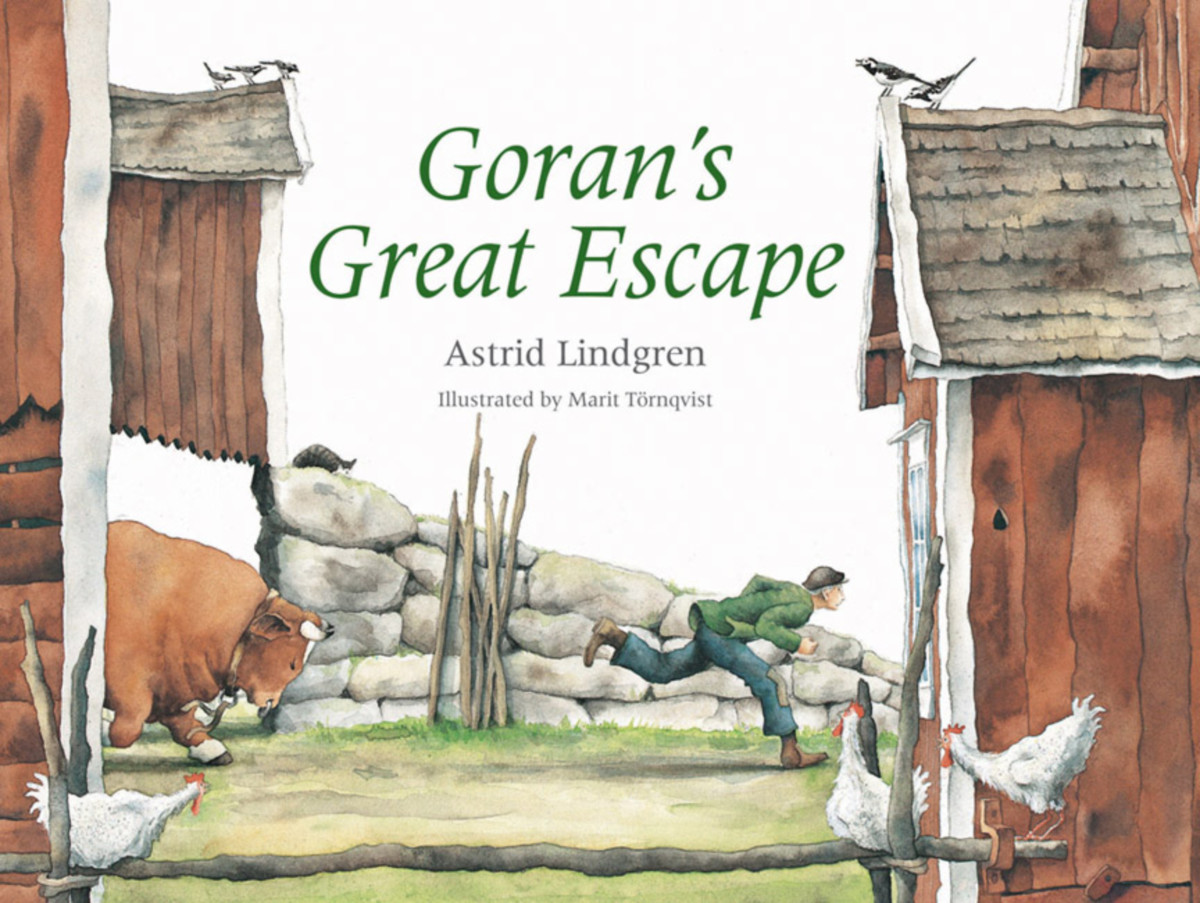 It’s a beautiful, sunny Easter Sunday in Sweden. The farmer and his family are having breakfast before going to church and the farm workers are going about their daily chores. But Goran the bull is angry. He breaks loose from his stall, and charges down the barn and out into the yard.

People gather from miles around to see the raging bull. But who will dare to cross Goran’s path? Will he stay angry forever? Karl, a seven-year-old farm boy, has a plan. Can a very small boy tame a very big bull?

A delightful story by acclaimed author Astrid Lindgren. The exquisitely detailed illustrations of wooden houses, farming families in their Sunday best and groves of white birch trees give a vivid sense of springtime on a Swedish farm of long ago.