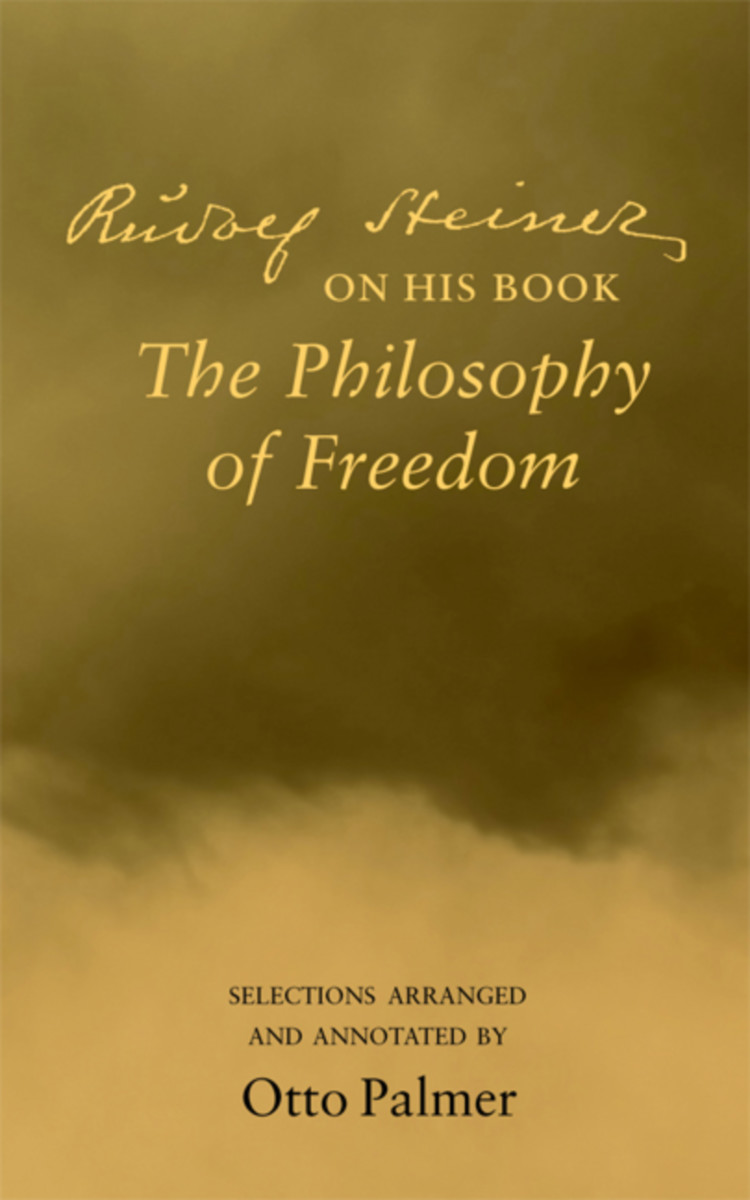 Eternal becoming in thinking
Every step a deepening
Overcoming the surface
Penetrating the depths.”
—Rudolf Steiner

Much has been written by students of spiritual science on The Philosophy of Freedom, but the advantage of discovering what the author himself had to say about this most important and seminal work should be obvious. Not only were the words of the text chosen most carefully, but also its very structure was intended to become a powerful inner experience for the careful reader. In a sense, all of the works that flowed from Rudolf Steiner in the following years were to elaborate on this great work.

At the age of twenty-seven, Rudolf Steiner “was beset by questions” related to outer human life, whereas inner human nature had been revealing itself to him with increasing clarity as a world of reality. In all his works, Steiner had relied on contemplation of that inner world, which led to writing The Philosophy of Freedom. His intention was to join inner and outer so that true inner work would lead to fully incarnating as human beings. The book that resulted became a pillar of anthroposophic practice and essential study for every student of inner development.

Otto Palmer has provided an invaluable service by extracting numerous references from the words of Rudolf Steiner, providing keys to the deeper meanings behind the words of The Philosophy of Freedom,  making it more accessible and meaningful to readers.

1. How the Book Came to Be
2. The Book’s Aims and Artistic Composition
3. New Thinking
4. The Sphere of Freedom
5. New Willing
6. New Thinking, New Willing; The Thinking-Will
7. Transition to the Social Problem
8. The Socially Oriented Will
9. Forces at Work in the Contemporary Scene
10. The Book as a Training Manual
11. Confrontations
12. The Book’s Christian Substance
13. Epilogue