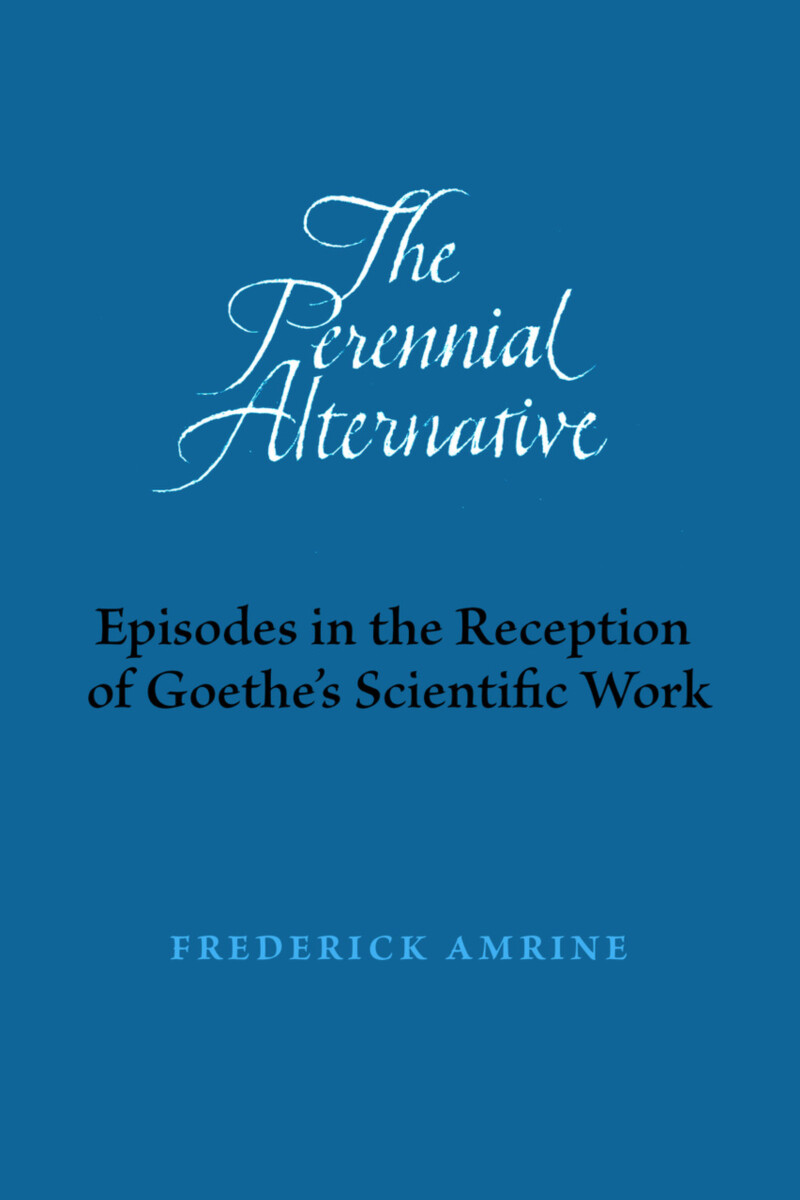 Episodes in the Reception of Goethe’s Scientific Work

Frederick Amrine brings us up to date on the current reception of Goethe’s scientific work and how it relates to the new paradigm of emergence and to such contemporary thinkers as Thomas Nagel, Maurice Merleau-Ponty, Gilles Deleuze, and Thomas Kuhn.

In a fascinating essay on the importance of Goethe’s Italian Journey for the development of his organic thinking, the author digs deep into his intimate knowledge of Goethe’s biography, shedding new light on Goethe’s relationship with Spinoza’s philosophy and with Newton’s optics.

In “The Metamorphosis of the Scientist,” he articulates a central aspect of Goethean science—namely, that scientists, like all of organic nature, evolve. Their understanding of the world evolves with them in the sense that, as Goethe put it, “Every new object, well-observed and contemplated, opens up a new organ of perception in us.”

This volume also includes insightful essays on the work of contemporary Goethean scientists Jochen Bockemühl, Michael Wilson, and Wolfgang Schad, as well as an excellent introduction to Schad’s lifework, Threefoldness in Humans and Mammals.

1. Introduction
2. Goethe’s Italian Discoveries as a Natural Scientist (The Scientist in the Underworld)
3. Goethean Intuitions
4. The Metamorphosis of the Scientist
5. Methodological Issues Regarding the Experimentum crucis
6. Goethe and Steiner as Pioneers of Emergence
7. The Music of the Organism
8. Readings in the Text of Nature: Three Contemporary Goetheans
9. Goethean Method in the Work of Jochen Bockemühl
10. Goethe’s Epistemology of the South
11. Bibliographic Essay

Frederick Amrine is associate professor of German at the University of Michigan. He holds advanced degrees from Cambridge University and Harvard. His publications include Goethe and the Sciences: A Reappraisal, The Bildungsroman, and Literature and Science as Modes of Expression. He has translated several works by Rudolf Steiner.

Rainbows, Halos, Dawn and Dusk
The Appearance of Color in the Atmosphere and Goethe's Theory of Colors

Seeing the Animal Whole
And Why It Matters

Threefoldness in Humans and Mammals
Toward a Biology of Form
OR