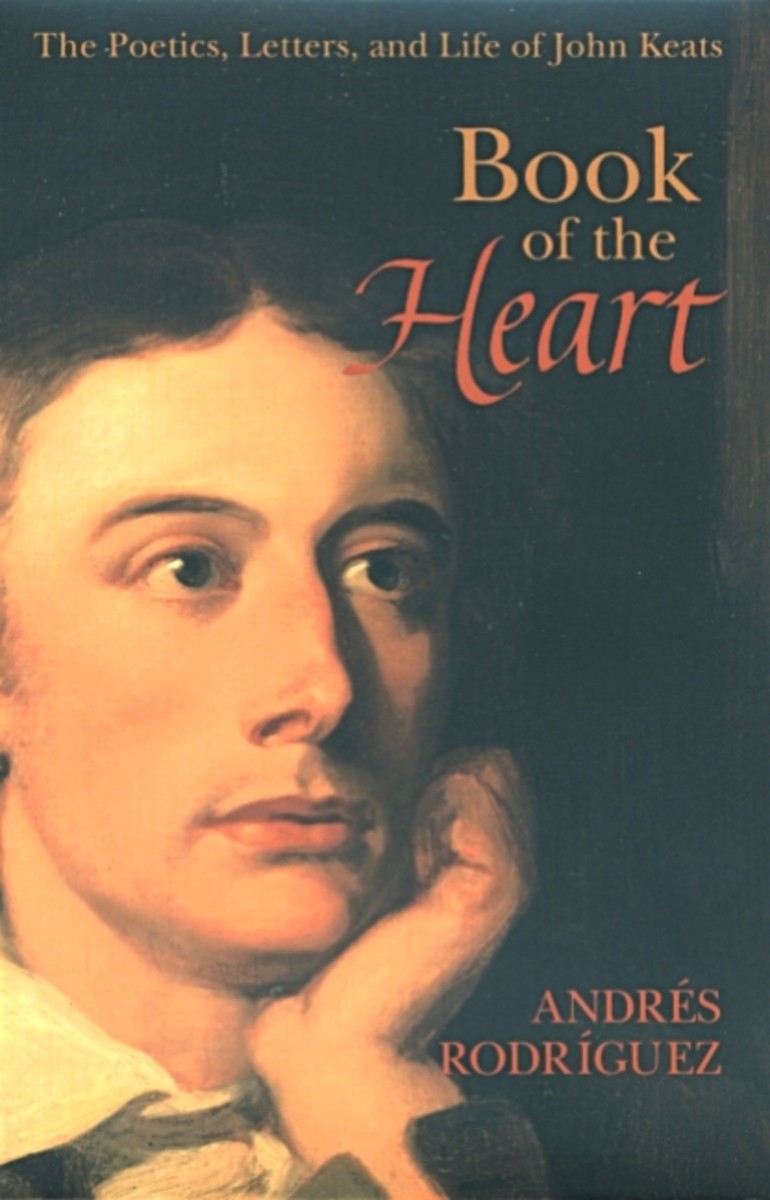 Book of the Heart

The Poetics, Letters and Life of John Keats

Keats stands as a prophetic precursor behind much in today's radical attempts at cultural and self-transformation. But this side of him has been forgotten, or at least was never taken very seriously. He is remembered, if at all, mostly as a Romantic poet whose value and standing was magnified by his early death. Eclipsed by the lushly sensuous affection of his poems, the real meaning of his life and the greatness of his achievement in poetics—how one makes sense out of experience—has been ignored.

Now Andrés Rodríguez redresses the balance by granting to Keats' Letters their huge intellectual and spiritual labor. In these Letters, one of the most inspiritng spiritual documents of the West, we see the poet forming and transfroming a passionate life of great joys and sorrows into a self of imagination and power.

Book of the Heart grasps the core of Keats' poetical practice of life, uncovering the path of knowledge that the Letters reveal. United with Keats in an imaginative union that is as moving as it is true, Rodríguez presents Keats as a hero of the heart, whose deep life experience oriented him in a unique way toward the world of love, suffering, death, and creativity.

1. Keat’s Letters and the Complex Mind
2. The Penetralium of Mystery
3. The Light of Supreme Darkness
4. From Feathers to Iron
5. The Chamber of Maiden Thought
6. The World out There
7. The Vale of Soul-making
8. Love’s Patient, Sleepless Eremite

Conclusion: Will and Beauty

Andrés Rodríguez was born in Kansas City, Missouri. He studied English literature at the University of Iowa, Stanford, and University of California, Santa Cruz. The author of two collections of poetry, Night Song (Tia Chucha Press) and Portal of Dreams (Woodley Press), Rodríguez has published poems in Bilingual Review, Cortland Review, Hubbub, Palabra, and New York Quarterly, among others. He is also the author of Book of the Heart: The Poetics, Letters, and Life of John Keats (Lindisfarne Press). He won Poets & Writers' Maureen Egan Writers Exchange award for poetry and has been nominated twice for a Pushcart Prize in poetry.