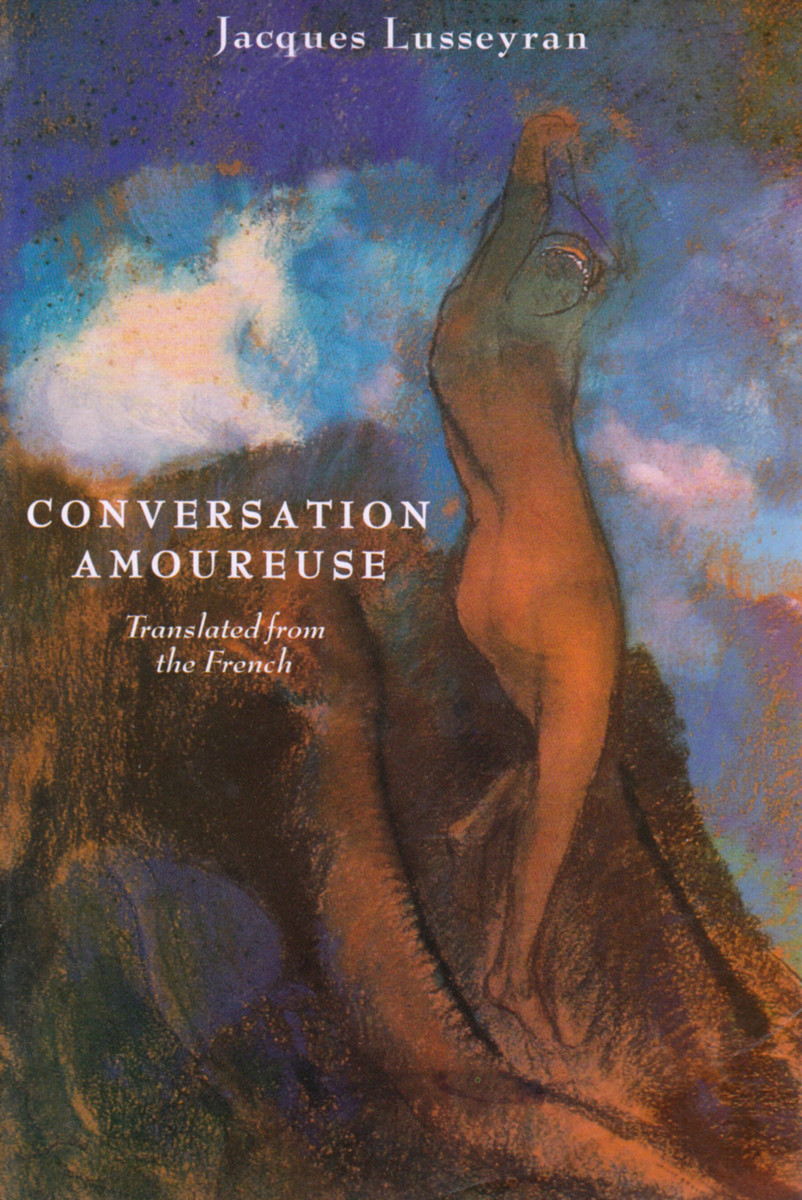 "The nature of love between a man and a woman.Jacques Lusseyran was a lover of love. Thanks to him we learn not to confuse it with the beloved person, nor with happiness. If we do not begin to love love, we risk losing it; that's why it is urgent to try to know it right into its most carnal forms. Already it forsakes us in pushing us toward two extremes: a never attained ideal or pornography. The modern man and woman are responsible for its future; they have to help it be born to itself. It is an urgent and difficult task because, let's not hide it, love is threatened.

"Conversation Amoureuse may well prove to be among this century's most consequential writing concerning the mysteries of love. For here, we have something entirely new, something completely unspoken before.... These days, with the men's movement and the upsurge of feminism, it is altogether too easy to forget that it is really possible, and actually a necessity for the sexes to come to deeper understandings of love by deeply listening to each other" (Robert Sardello).

Jacques Lusseyran lost his sight at eight years of age. In World War II France, he founded at sixteen and a half a resistance network which brought together two thousand high school and university students. He was arrested and sent to Buchenwald. Later he became a professor of literature in an American university. His wife died with him in an automobile accident in 1971. He was forty-seven years old.