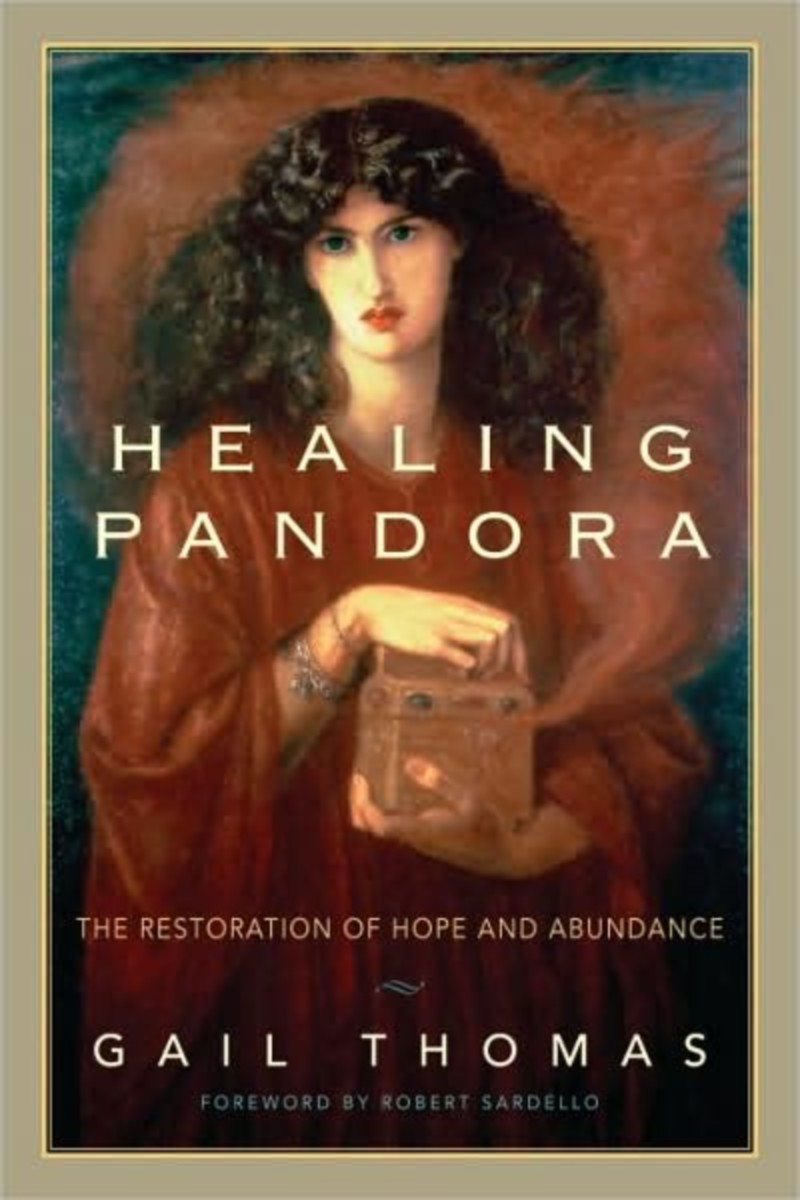 The Restoration of Hope and Abundance

The story of Pandora is one of the most resonant in Greek mythology. As Healing Pandora shows, it’s also one of the most relevant. Psychologist Gail Thomas has used Pandora in her practice for two decades, often with profound results. Cast in popular accounts as the evil bringer of doom to humanity in divine retaliation for Prometheus stealing fire, Pandora, in Thomas’ view, is a much more complex character, with enormous healing powers as well as her better-known destructive capacity. In this revelatory book, Thomas shows Pandora’s true nature as the dark but all-giving feminine, the archetypal vessel of culture and city with the power to heal our culture. Pandora’s task is to help us transform our overwhelmingly material civilization into a culture of undivided participation and engagement.

Part one discusses Pandora’s multifaceted persona as both beautiful evil and divine benefactress. Here Thomas contextualizes Pandora in the cycle of myth and archetype. In part two, the author proposes a series of healing rituals inspired by Pandora, including “Healing Our Fear of Sacrifice”; “Healing Our Dis-Ease”; and “Healing the Control of Patriarchy.” Both practical guide and inspiring study, Healing Pandora argues persuasively for manifesting our inner work concretely on the cultural, not just personal, level.

Dr. Gail Thomas, is a Founding Fellow of the Dallas Institute and creator of its Center for the City. She served as the Institute's Founding Director for seventeen years and has throughout her career been a strong advocate for the active presence of the humanities in the life of the city. Dr. Thomas has taught at The Dallas Institute, Schumacher College in the United Kingdom, and The University of Dallas, where she directed the Center for Civic Leadership. She was instrumental in the creation of Pegasus Plaza in downtown Dallas and also led the successful effort to recreate the Flying Red Horse landmark sign in downtown Dallas. A recipient of the Kessler Award, she currently serves as President and Executive Officer of the Trinity Trust Foundation, whose mission is to raise private funds to implement the "Balanced Vision Plan" for the Trinity River Corridor and coordinates with the City of Dallas and the Trinity Commons Foundation in the effort to build public support, secure public funding and build the project. She is the coeditor of several books, including Images of the Untouched: Virginity in Psyche, Myth, and Community and Imagining Dallas.