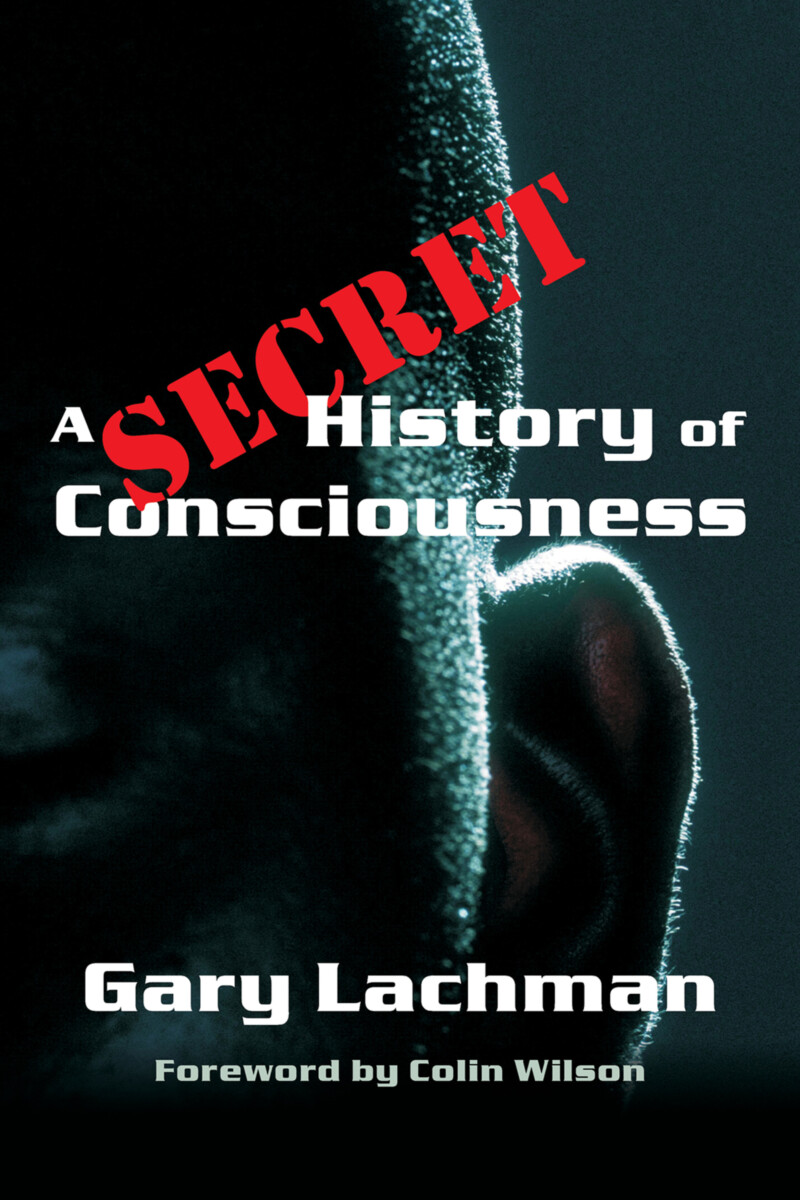 For the last four centuries, science has tried to account for everything in terms of atoms and molecules and the physical laws they adhere to. Recently, this effort was extended to try to include the inner world of human beings. Gary Lachman argues that this view of consciousness is misguided and unfounded. He points to another approach to the study and exploration of consciousness that erupted into public awareness in the late 1800s.

In this “secret history of consciousness,” consciousness is seen not as a result of neurons and molecules, but as responsible for them; meaning is not imported from the outer world, but rather creates it. In this view, consciousness is a living, evolving presence whose development can be traced through different historical periods, and which evolves along a path to a broader, more expansive state. What that consciousness may be like and how it may be achieved is a major concern of this book.

Lachman concentrates on the period since the late 1800s, when Madame Blavatsky first brought the secret history out into the open. As this history unfolds, we encounter the ideas of many modern thinkers, from esotericists like P. D. Ouspensky, Rudolf Steiner, and Colin Wilson to more mainstream philosophers like Henri Bergson, William James, Owen Barfield and the psychologist Andreas Mavromatis. Two little known but important thinkers play a major role in his synthesis—Jurij Moskvitin, who showed how our consciousness relates to the mechanisms of perception and to the external world, and Jean Gebser, who presented perhaps the most impressive case for the evolution of consciousness.

An important contribution to the study of consciousness ... a must-read.

“A marvelously exhilarating gallop through every important modern theory of consciousness, from Steiner to Maslow, from Bucke’s ‘cosmic consciousness’ to Gebser’s ‘integral consciousness.’”

Colin Wilson, author of The Outsider and Access to Inner Worlds

“Thinking outside the box, Lachman challenges many contemporary theories by reinserting a sense of the spiritual back into the discussion. Profoundly erudite, yet easy to read, this book is a provocative mind-stretcher.”

“Opens up vast vistas of possibility, suggesting that what we experience as the earth may, in itself, be inseparable from our state of mind, and that the evolution of human consciousness may be as fundamental a process as our development through genetics. A must-read for those seeking an escape from our contemporary culture’s cul-de-sac.”

The history of consciousness takes us back to the Paleolithic emergence of a distinctive human mode of awareness. The history of the history of consciousness presented here offers an admirable mix of philosophers usually considered mainstream, including Kant, Hegel, James, and Bergson, together with others, such as Steiner, Gurdjieff, Ouspensky, and Blavatsky, often put into a special “esoteric” category. Lachman’s way of enabling representatives of the two sets to dialogue with each other is one of the great strengths of this work; we do not understand consciousness so well that we can afford to neglect any significant perspective on it.

Theosophists will be particularly happy to see that this study is highly appreciative of Helena Blavatsky’s importance in that conversation, presenting her work as the first major post-Darwinian response to nineteenth-century scientific materialism. Her picture, often mythopoeic, of convergent physical and spiritual or “consciousness” evolution, showed how the sterile impasse of religious and scientific dogmatism could be transcended through reference to ancient wisdom in which mind and matter coexist and evolve together.

It is Jean Gebser (1905–1973), however, who is the culminating figure in this book and clearly the scholar with whom Lachman feels the deepest affinity. In Gebser’s view of the history of consciousness, archaic magical and mythical ways of thinking “mutated” into “mental-rational” structure and are finally are reaching an “integral” stage. We are now transiting into integralism, in which all previous modes of consciousness are all brought together more perfectly than before. Amid the tension of change, however, there is always the danger of “atavistic” relapse into modes of consciousness whose time is past, which is what Gebser saw happen around him, as perverted forms of magic and myth returned in Europe in the form of fascism and other antirational ideologies. In passing, it may be noted that Gebser was highly regarded by Theosophical intellectuals such as Fritz Kunz well before he became the widely recognized thinker he now is.

A Secret History of Consciousness is highly recommended to all serious readers of philosophy and intellectual history.

Robert Ellwood, vice president of the Theosophical Society in America and Professor Emeritus at the University of Southern California (for Quest Magazine)

PART ONE: THE SEARCH FOR COSMIC CONSCIOUSNESS
1. R. M. Bucke and the Future of Humanity
2. William James and the Aesthetic Revelation
3. Henri Bergson and the Élan Vital
4. The Superman
5. A. R. Orage and the New Age
6. Ouspensky’s Fourth Dimension

PART TWO: ESOTERIC EVOLUTION
7. The Bishop of the Bulldog
8. Enter the Madame
9. Doctor Steiner, I Presume?
10. From Goethean Science to the Wisdom of the Human Being
11. Cosmic Evolution
12. Hypnagogia

PART THREE: THE ARCHAEOLOGY OF CONSCIOUSNESS
13. The Invisible Mind
14. Cracking the Egg
15. The Lost World
16. Noncerebral Consciousness
17. The Split

PART FOUR: PARTICIPATORY EPISTEMOLOGY
18. The Shock of Metaphor
19. The Participating Mind
20. The Tapestry of Nature
21. Thinking about Thinking
22. The Black Hole of Consciousness
23. Other Times and Places
24. Faculty X

PART FIVE: THE PRESENCE OF ORIGIN
25. The Ascent of Mount Ventoux
26. Structures of Consciousness
27. The Mental–Rational Structure
28. The Integral Structure