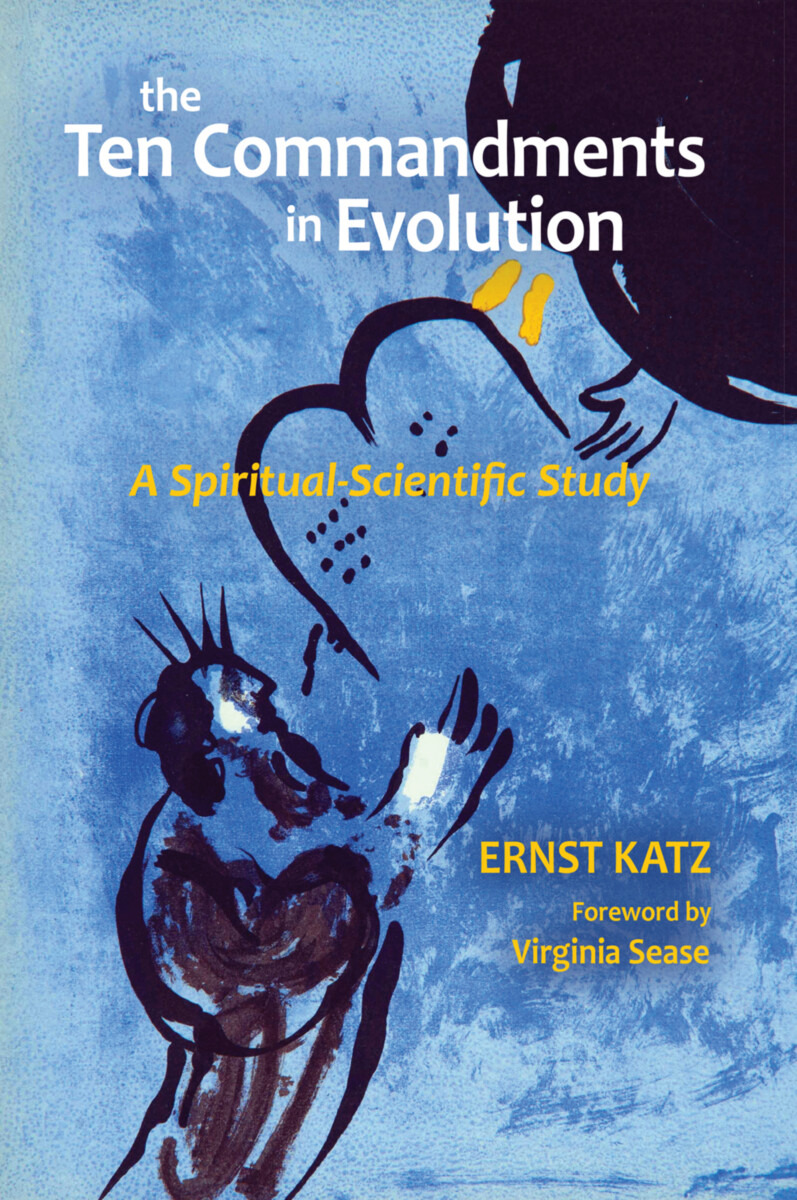 The Ten Commandments in Evolution

After some three millennia, why write anything further on the Ten Commandments? They have been discussed, parsed, codified, moralized, and much more. In this book, Ernst Katz discusses the Ten Commandments in terms of the evolution of human consciousness, suggesting that we need to view this ancient moral guide in whole new ways.

Using the Spiritual Science of Rudolf Steiner and his lifetime of study as a framework, Dr. Katz holds the Ten Commandments against the background of cosmic evolution, including the development of the tenfold human makeup, biblical prophecies, and the turning point in time of Christ’s incarnation on Earth and his “fulfillment” of the Law.

In the present time of the human consciousness soul, it is imperative that we renew our view of the Ten Commandments and the whole nature and meaning of morality. With the development of “I”-consciousness and autonomous human conscience, we must no longer simply follow an externally impressed law but express the spiritual inner law of conscience.

“The aim of this study is to develop a better understanding of the spiritual origin of the Commandments; the reasons for their existence; their meaning and significance; and the various metamorphoses they have undergone since their inception. Such considerations can then, we hope, open a door to the true source of human morality in general. This is of the utmost importance in our time; for all moral values—and this includes the 'moral freedom' people frequently crave today—can be sustained only if such values are based on insight in the living process through which morality develops in human beings, both in the past and in our own time.”

Ernst Katz (1913–2009) was an emeritus professor of physics at the University of Michigan. He and his wife Katherine fostered the growth of Anthroposophy in Ann Arbor and in America for nearly sixty years. He died at the age of ninety-six at his home in Ann Arbor, Michigan.