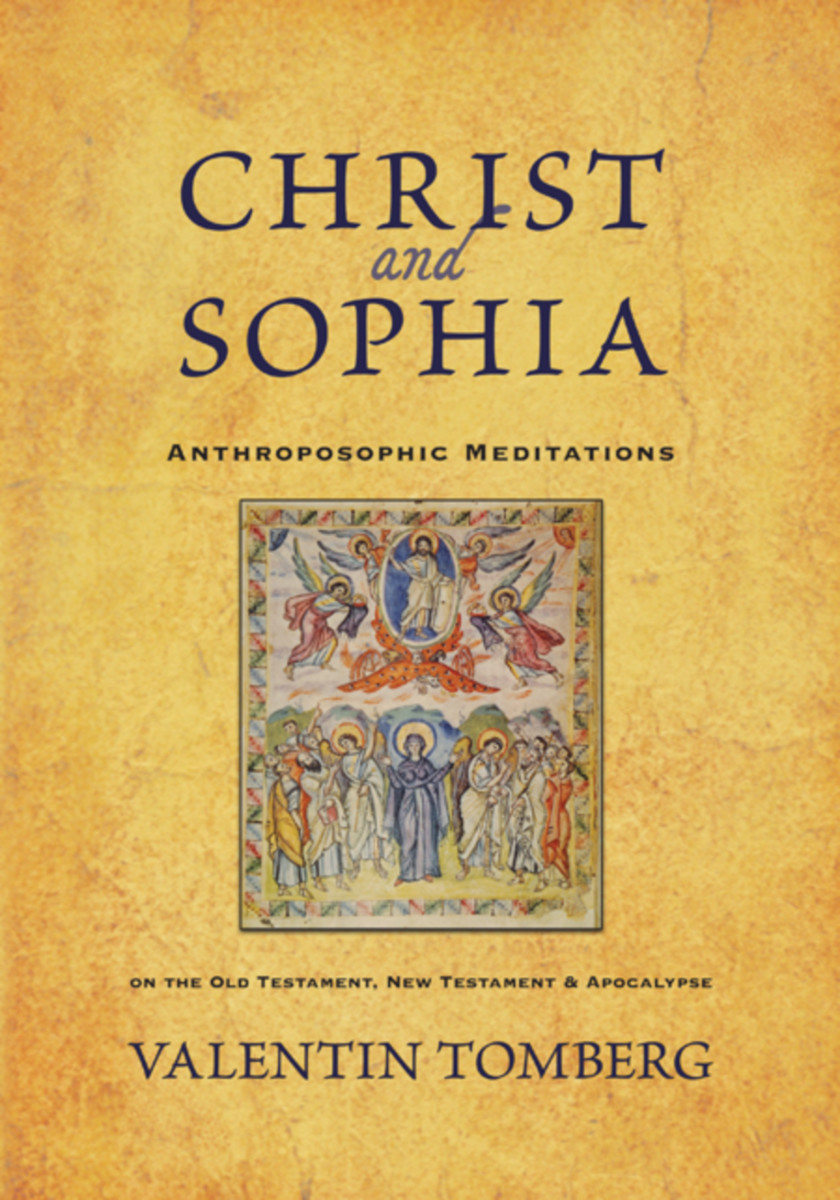 “All of this work has a unique power, a fiery, adamantine, brilliant quality, stemming from the being of the author who, working within and for Anthroposophy, is always doing new work. Inspired by Rudolf Steiner, thoroughly immersed in Steiner’s work, and following Steiner’s meditative spiritual scientific method of research—while always acting in the service of Christ, whom he called ‘The Master’—there is never a sense of mere commentary or exposition in his writings. We always feel the author speaking from his own experience and making it new....

“Christ and Sophia run throughout these ‘meditations.’ No ‘abstract concept or merely pious mystical state,’ Sophia is an actual transcendent being, acting in the cosmos as an archangel and communicating ‘Unity’—the unity of the Trinity, of the cosmos, of humanity with all. It is she, close relative of the Holy Spirit and grace, who gives meaning to cognition, for she is true wisdom, cosmic intelligence, the ‘plan of the temple.’ Everywhere in Tomberg’s work, she who is the servant of all is above all the servant of the master, Christ” — Christopher Bamford (from the introduction).

In these astounding meditations on the true Christian nature of the scriptures, Tomberg shows how the central story of entire Bible is really a history of the Christ being. He describes the cosmic and earthly preparations for the Mystery of Golgotha, its significance and results for humanity and the world as a whole, and the central role of the Sophia being and her relationship to the Christ, the Holy Spirit, the Disciples and Pentecost, and all of humanity. He also imagines the Grail nature of the Christ's involvement in earthly history.

All of Valentin Tomberg's profound studies are finally available in a single volume! Drawn from four difficult-to-find and out-of-print editions, this completely revised and updated text includes Tomberg's anthroposophic meditations on the Old Testament, the New Testament, and the Apocalypse, while the appendix contains his final, unfinished work, "The Four Sacrifices of Christ."

Christ and Sophia contains all of Valentin Tomberg's essential anthroposophic works on the scriptures, providing an invaluable resource for anyone who wishes to gain a deeper understanding of Rudolf Steiner's spiritual scientific approach to esoteric Christianity, as revealed by a close, meditative reading of the Bible—from Genesis to John's Revelation.

“. . . Interactivity with spiritual beings is precisely what is presented by the content and practice of the ancient mysteries. Neither did the mysteries of antiquity rest on ‘faith,’ but were based on conscious interactivity with suprasensory spiritual beings, spiritually seen, heard, and received into themselves. By this means, revelations flowed into humankind, upon which great civilizations were founded. These revelations were preserved and taught, and the whole of them constituted the sacred wisdom of the mysteries—the spiritual science whose methods alter with every epoch but persist in an unbroken line to the present day. The science based on conscious interaction with the spiritual world—that is, on suprasensory experiences—is known in the West as occultism.”  (chap. 1)

1. The Old Testament
2. The Yahweh Being in Cosmic and Human History
3. Abraham, Isaac, and Jacob
4. The Spiritual Triumph of Jacob
5. Evil in Cosmic Karma as Presented in the Bible
6. Spiritual Guidance in Old Testament History
7. The Karma of the Israelites
8. Moses
9. David and Solomon
10. The Babylonian Captivity & the Wisdom of Zoroaster
11. The Holy Spirit & the Sophia
12. Jesus of Nazareth
Addendum

1. The Temptation in the Wilderness
2. The Effects of the Temptation in the Wilderness
3. The Beatitudes in the Sermon on the Mount
4. The First Three Beatitudes and the Stages of Initiation
5. The Beatitudes and the Human Soul and Spirit
6. The Lord’s Prayer as a Path: Uniting Destiny with the Father
7. The Signs and Miracles in John’s Gospel
8. Healing the Blind Man and Raising Lazarus
9. The Way of the Passion
10. Higher Stages of the Passion
11. The Mystery of Golgotha
12. Pentecost

PART 3: ANTHROPOSOPHIC MEDITATIONS ON THE APOCALYPSE

1. Weight, Measure, and Number in the Spiritual History of Humanity
2. Letters to the Churches of Today
3. Letters to Future Churches

Appendix: The Four Sacrifices of Christ

Read Part One, Chapter 11:
“The Holy Spirit & the Sophia”

Sources of Christianity
Peter, Paul and John
OR