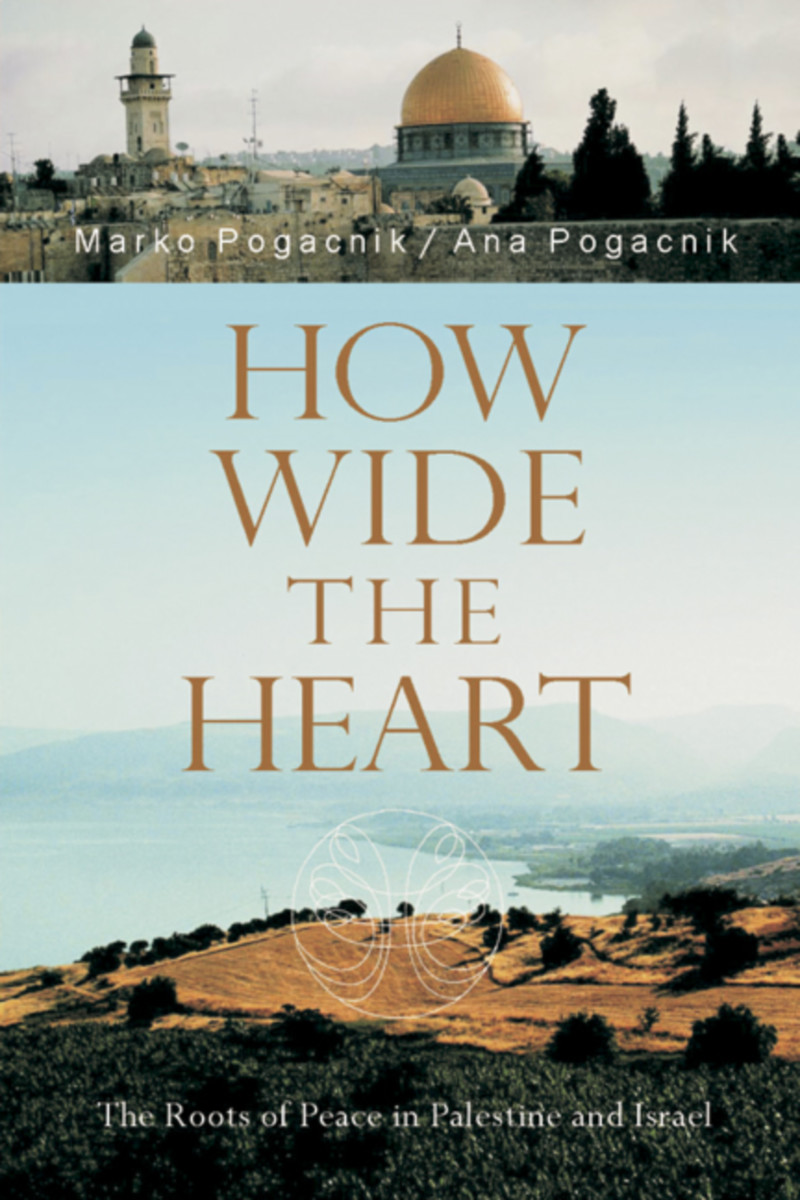 How Wide the Heart

The Roots of Peace in Palestine and Israel

In 2001 Marko Pogačnik and Ana Pogačnik set out on a pilgrimage with a group of people interested in geomancy and looking for ways to achieve lasting peace. They traveled along the archetypal path that leads from the Pyramids across the Sinai Peninsula to Jerusalem. Along the way, they visited the holy sites of Judaism, Christianity, and Islam—the three world religions descended from Abraham. By meditating and tuning in to the vital energies of those ancient sites, they were able to decipher the emotional and spiritual dimensions of each location and put into place impulses for healing and regeneration.

How Wide the Heart provides an overview of the planetary role and the true identity of the Holy Land. The authors affirm the capacity of the landscape of Israel and Palestine to communicate messages that have, so often in the past, been turning points for human history.

The second part of the book contains messages that Ana received from the deep source of love and wisdom that Westerners generally call “Christ energy.” Those messages call on us to look more closely at our individual lives and encourage us to follow our chosen path with increased consciousness and equanimity. A parallel level of these communications describes the process that humanity has experienced over the course of history and reveals important points in that process—moments that determined our common path together and provide impulses for our whole future evolution.

The central purpose of the book is to help reestablish a bridge to the landscape. The authors describe ways that life energy is anchored in a specific energetic structure in the landscape surrounding the Sea of Galilee, revealing the important role that this area plays and reflects.

This is a timely book for an understanding of the deeper importance of the Holy Land and the events and people of the region.

Foreword to the American Edition
Introduction

Reconciling the Old and the New Messages of Heart’s Love, Messages of Christ’s Power
How It All Happened
Messages en Route
The Messages

Photographs: From the Pyramids to Jerusalem
The Landscape around the Sea of Galilee as the World-Navel

Ana Pogačnik, born in Slovenia in 1973, is an archaeologist and pianist now living in Munich. Ana conducts educational programs and collaborates frequently with her father, Marko Pogačnik, at earth-healing projects throughout the world. In 2001, she founded the Schule “Wieder Sehen.” Ana has published numerous books (in Slovenian and German), in which she hopes to encourage self-development and a better understanding of the landscape.