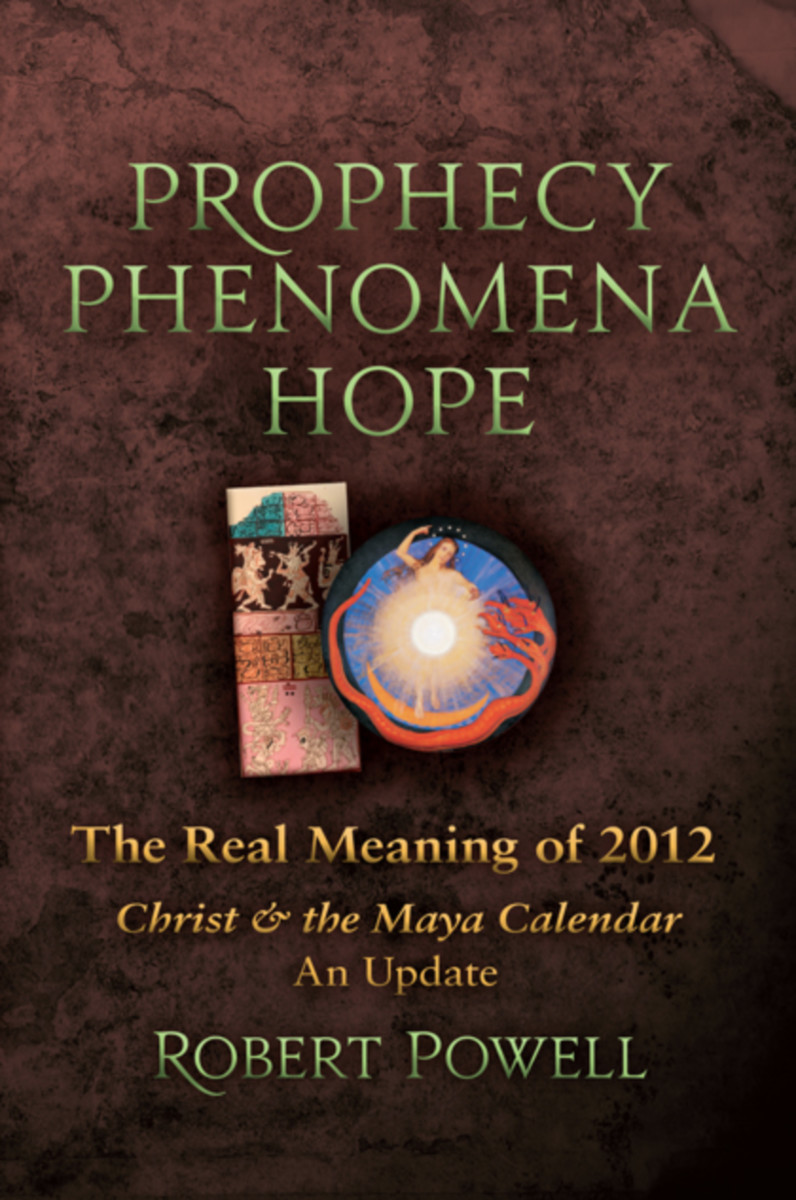 The Real Meaning of 2012: Christ and the Maya Calendar, an Update

Prophecy Phenomena Hope: The Real Meaning of 2012 by Robert Powell, explores what 2012 really means, updating the research presented in his timely and ground-breaking book Christ and the Maya Calendar: 2012 and the Coming of the Antichrist (coauthored with Kevin Dann). In this new book, Powell focuses on two important and significant prophecies by Rudolf Steiner. The first (from 1909) concerns the Second Coming of Christ, his appearance to humanity as the Etheric Christ. The second prophecy (from 1919) represents the shadow side of Christ's Second Coming. It concerns the incarnation in human form of the being known as Ahriman (ancient Persian tradition) or Satan (Judeo-Christian tradition). In this connection, the Christian tradition also speaks of the coming of the Antichrist (as clarified in the book, the term Antichrist, as used by Steiner, has a specific meaning and does not signify the incarnation of Ahriman).

Powell points to the steady, multifaceted encroachment of ahrimanic forces today, especially through modern technology, which is harmful to the etheric body, causing illness and other serious problems. After looking into Steiner's prophetic remarks in relation to the Book of Revelation, Powell looks into the prophecies of the Russian poet/mystic Daniel Andreev (1906–1959) and examines the prophecy of the American clairvoyant Jeane Dixon (1904–1997) concerning the human birth of the Antichrist. He also includes spiritual research by Judith von Halle (b.1972) regarding an earlier incarnation of Jospeh Stalin, as well as Andreev's indications relating to Stalin's earlier incarnations, which may be seen as preparation of this individuality for his role as "Mr. X," the human vessel for the incarnation of Ahriman.

Powell's research—applying the astrological rules of reincarnation—supports Jeane Dixon's prophecy, that Mr. X was born in 1962, a finding whose accuracy was also confirmed by Willi Sucher, Powell's mentor in Astrosophy, or star wisdom. This finding, seen in relation to various contemporary phenomena, speaks an unmistakable language that confirms the accuracy of Rudolf Steiner's prophetic statement that the incarnation of Ahriman into his human vessel would take place shortly after the year 2000.

Simultaneously, great hope for humankind is offered by the return of Christ in the etheric realm, an event to which human beings can connect, finding inner strength, support, and guidance as humanity and the Earth pass through the great trials associated with 2012.

Appendices:
1. The Rose of the World (Rosa Mira)
2. The Mystery of Evil—Occult Possession
3. 2012 and World Pentecost

A Note from the Author
Bibliography

VISIT THE SOPHIA FOUNDATION ONLINE FOR RELATED ARTICLES AND INFORMATION

Journal for Star Wisdom 2012
OR