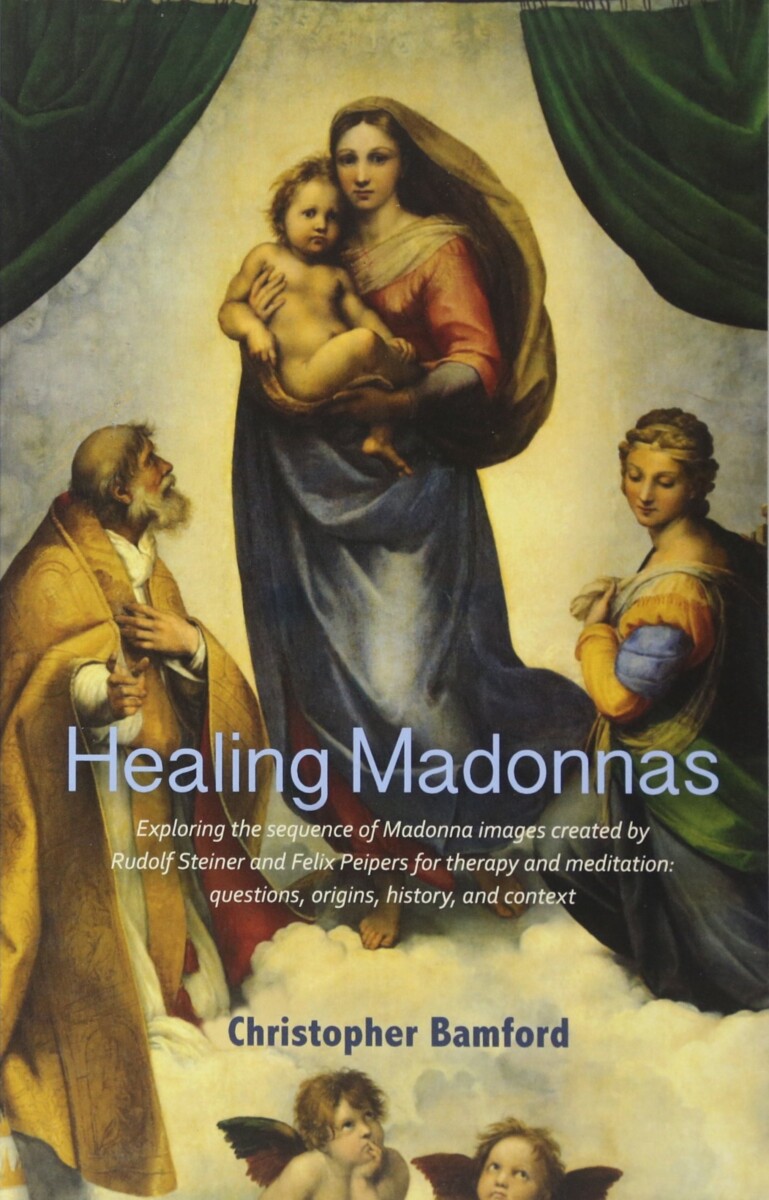 This book presents and explores a little-known example of Rudolf Steiner’s efforts to bring, in a practical way, a contemporary embodiment of the wisdom that once lived in the ancient mysteries. In this instance, a sequence of fifteen images of the Madonna, intended originally for contemplation under supervision in a clinical setting as a new form of therapy for those suffering soul wounds.

In a 1908 lecture, Steiner addressed the subterranean spiritual links connecting ancient Egypt and our own time and described certain healing functions of the Isis Mysteries. He connected the Madonna Mary, in a sense, as the evolutionary metamorphosis of Isis, focusing on Raphael’s visionary image of her in the Sistine Madonna.

The sequence consists of fifteen images (predominantly by Raphael) and a sculpture. The first half begins and ends with the Sistine Madonna, which frames it. The second half is similarly framed, but by two details from The Transfiguration. One first establishes a meditative soul mood and then slowly contemplates the sequence of images.

Among the numerous topics discussed are divine feminine Wisdom, the Holy Mother, the origin of the Madonna sequence, the etheric body and the sequence, and Rudolf Steiner’s healing mission.

1. By Way of Introduction
2. Approaching the Images, or the Mystery of Seeing
3. Truth, Beauty, and Goodness
4. Sacred–Religious or Secular–Spiritual
5. Enter the Sistine Madonna
6. Devotion and Reverence
7. Sophia: Wisdom Becomes Love
8. The Presence of the Holy Mother
9. The Ancient Mysteries
10. Isis and Madonna
11. The Origins of the Madonna Sequence
12. A Short Prehistory of the Pentagram
13. The Images, Etheric Body, and Organization Underlying the Sequence:

14. Working with the Images
15. A Note on the Sistine Madonna
16. A Shorter Note on the Transfiguration
17. The Healing Mission of Rudolf Steiner
18. Appendix: A Further Perspective: Reinhold Johann Faeth: The Madonna Pentagram

Discovering the Zodiac in the Raphael Madonna Series

The Incredible Births of Jesus