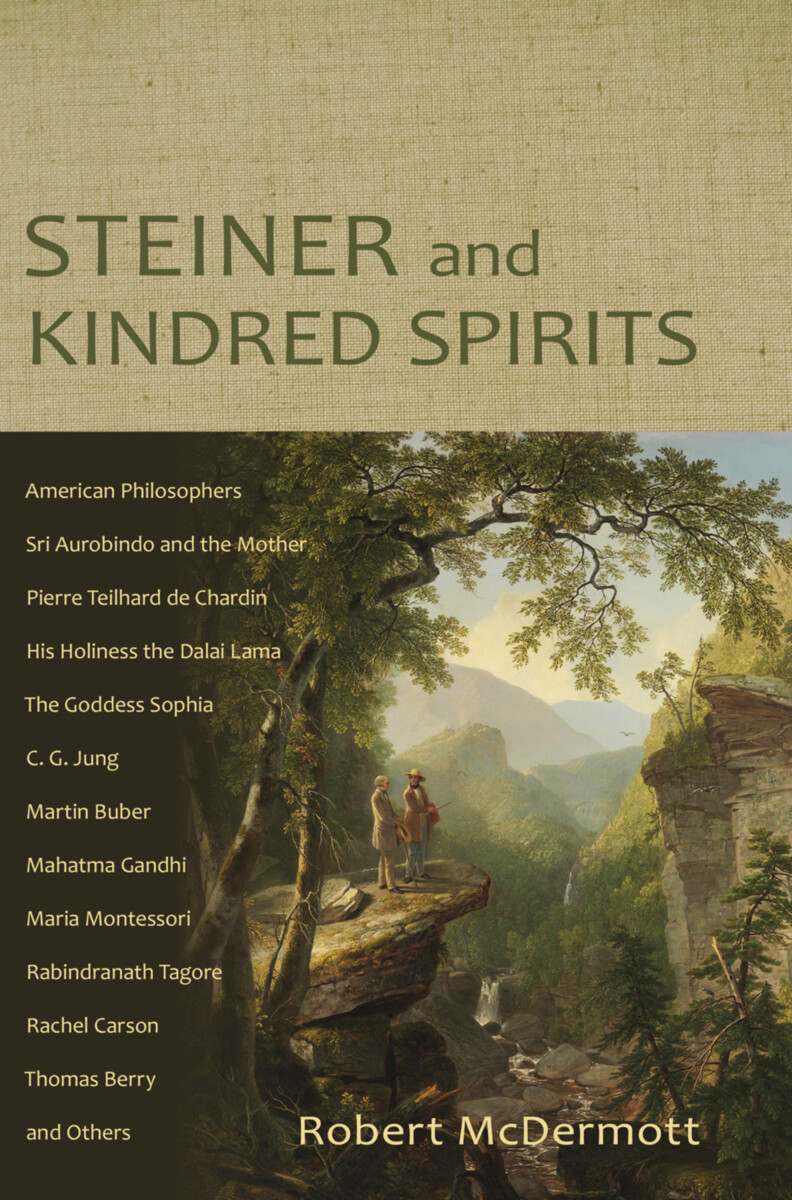 Rudolf Steiner (1861–1925), the Austrian founder of Anthroposophy, is frequently viewed by those familiar with his teaching as unique and separate from other spiritual teachers of our modern era. While, Steiner is thought by anthroposophists to be a scientist and a philosopher, as well as an interpreter of events depicted in Christian scriptures, he is nevertheless generally ignored by scientists and philosophers, as well as by both liberal and fundamentalist scriptural scholars and theologians.

In this book, Robert McDermott—the editor of American Philosophy and Rudolf Steiner, which investigates Steiner’s philosophy in the context of American philosophers—places Steiner and his work in the context of a variety of spiritual teachers and teachings, both Western and Eastern. In doing so, the reader is guided to new perspectives that show the similarities and contrasts between Steiner’s Spiritual Science and a number of Christian, Hindu, Buddhist, and secular spiritual worldviews.

The kindred spirits in this book include His Holiness the Dalai Lama, C.G. Jung, Teilhard de Chardin, Martin Buber, Sri Aurobindo, Rabindranath Tagore, Gandhians, feminists, ecologists, and more. Steiner went as far up the spiritual ladder as any modern individual but, unlike some enthusiasts for Steiner, McDermott is also impressed by other reli-gious thinkers and spiritual practitioners who have been helpful to those of us in need of encouragement and guidance and whose vistas and insights may not have been researched or explained by Steiner.

For those with unbiased, open minds, this book presents a fresh look at Rudolf Steiner, a modern spiritual initiate, and his contributions to the world, along with a generous and appreciative view of his kindred spirits of our time.

Works Cited and Recommended
Index of Individuals and Concepts

Six Pillars
Introductions to the Works of Sri Aurobindo
OR