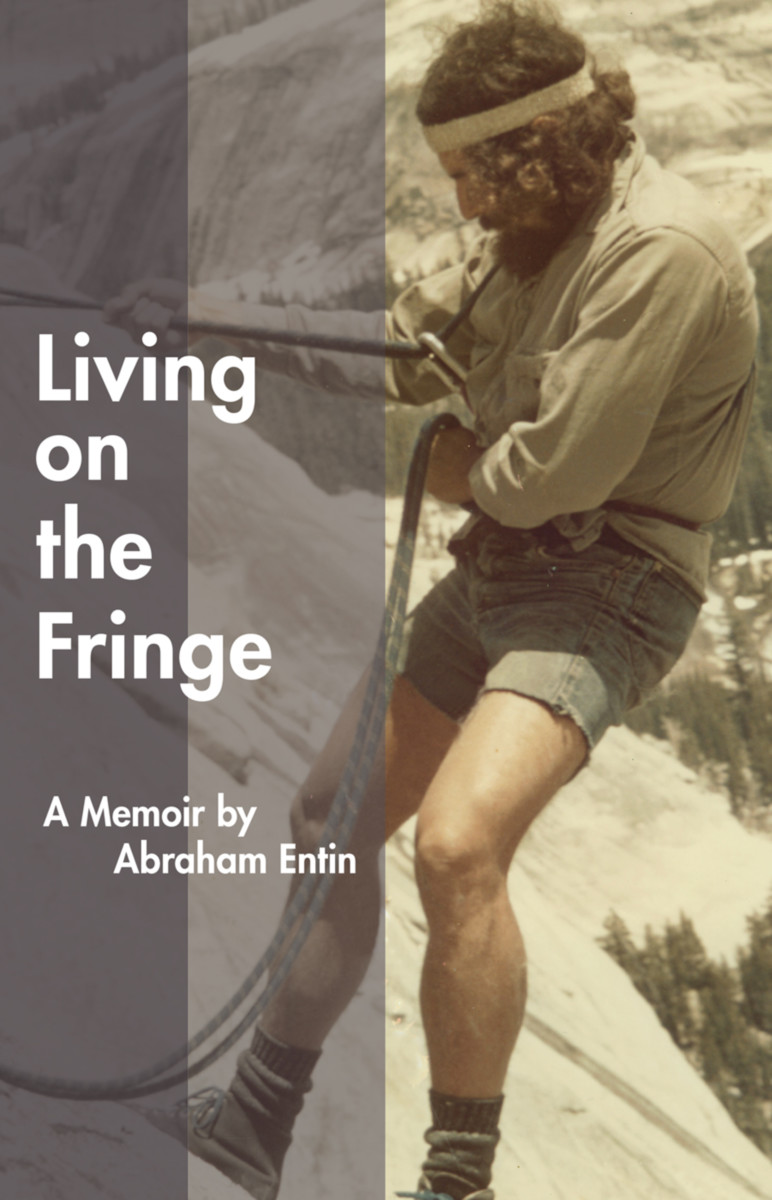 Living on the Fringe

When Ed Entin decided to torch his draft card, everything about his life changed. He had his whole life mapped out. It was 1966 and Eddie had just been accepted into Yale Law School—his ticket out of the Army and Vietnam and into a life of secure prosperity.

It took only one day, one decision to change the course of his life. What follows is a sometimes harrowing, often hilarious, and always illuminating ten-year journey through the social, political, and spiritual turmoil of the era.

For anyone wondering how it was back then—or how to get through right now—Living on the Fringe provides a look at how one person waded into the turbulent waters of his time and came out whole, dry, and ready to face the future. And with a new name to match the person he had become.

Welcome to Los Angeles, City of Tomorrow
Call Me a Cab
Run for Your Life
The New Me
Looking for a Sign
Send the Dog
Everyone Gets an A
The Boys with the Balls
How I Met Your Mother
Meet the Parents
September 11, Mario and the FBI
Aldo and Johnny
Getting off that LA Freeway
Waiting for Everyman

Abraham Entin is a singer, songwriter, rand storyteller who dances at every opportunity. He is a long-time student of Rudolf Steiner's social ideas and is particularly interested in how spiritual perspectives influence and help bring about positive social change. Following the events described in this memoir, Abraham and his wife Rachael Flug went on to create Diaperaps, Ltd., a business that helps revitalize cloth diapering for the benefit of babies and the environment. He founded the Sonoma County affiliate of Move to Amend and has written extensively on corporate personhood, money, and debt. He is very proud to have received a certificate of appreciation from Occupy Santa Rosa for his “tireless support of the Occupy Movement and his work to end corporate greed and corruption.” Rachael and Abraham live an hour north of San Francisco in western Sonoma County. They have three wonderful adult children and two fabulous grandchildren, all of whom bring great joy to their lives. At seventy-three, Abraham is still out rousing the rabble.