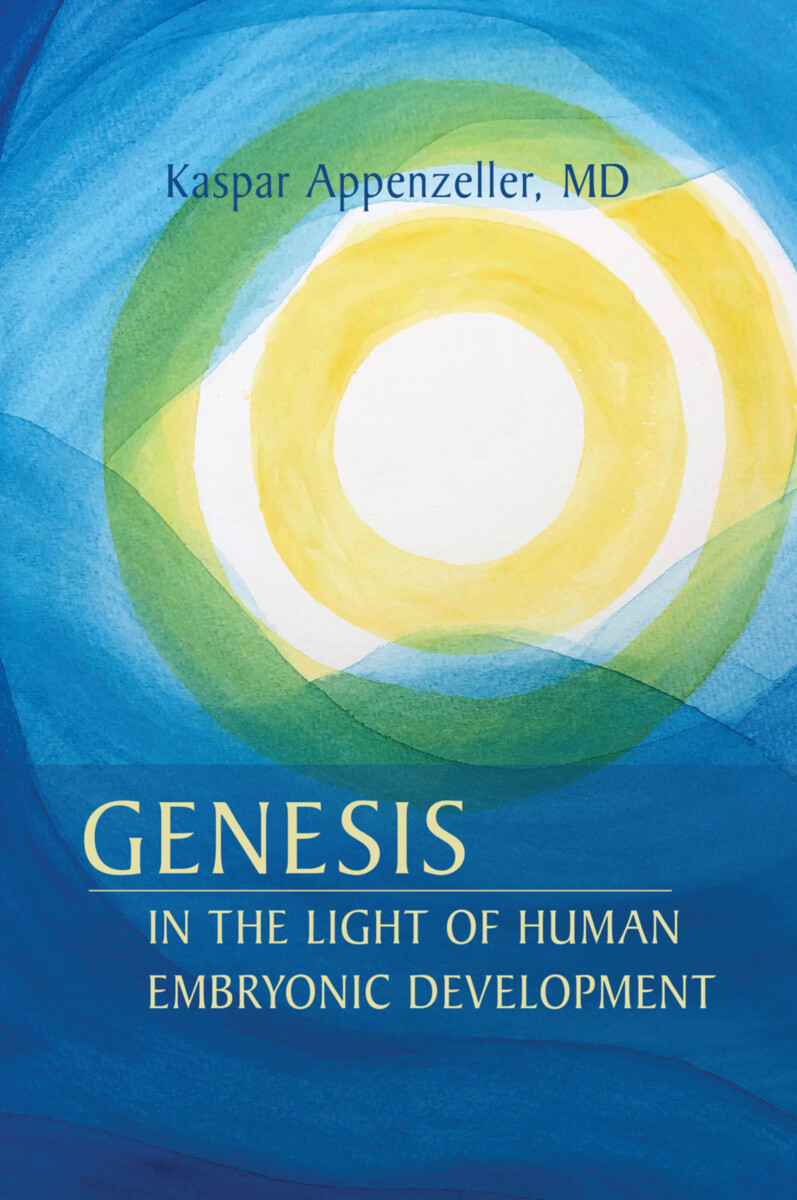 Dr. Kaspar Appenzeller compares the biblical story of creation to human embryonic development. He leads us through his years of research into the grand imagery in the book of Genesis, relating it to what today’s science has to say about the origin of the human body. He reaches the concrete view that the human being is a small cosmos, a microcosm in the vast cosmos, the macrocosm. The original Hebrew language proves to be a true marvel—not only the meaning but also the individual sounds of the words illustrate the reality they describe. We are confronted with the fact that the writer of Genesis touched the true educational impulses of the world and humanity.

The author based this book on the insights of Rudolf Steiner and penetrated the primal forces of human development in new ways. Steiner was able to understand documents based on ancient mystery wisdom, which confirms the knowledge he gained through independent clairvoyant research without reference to documents.

This study of Genesis and human development adds to our understanding of both fields. In each word, the ancient text presents prophecies of future human events, just as the embryo appears as a witness to primordial processes of world creation. In clear gestures, Genesis prophecies the Christ event and the path of individuality made possible by that event, while the human embryo guarantees that we are predisposed to bear the spiritual power that came to earth through the event of Christ.

The author does not assume the reader’s specialist knowledge of either the book of Genesis or embryology. Dr. Appenzeller wrote for all readers whose hearts desire deeper human knowledge.

1. Blastula Formation
2. The Path to the Origin
3. Orientation of the Earthly—Substance
4. Primal Substance and Darkness
5. The World Egg
6. Creation of Light
7. Life between Light and Darkness

1. The Working of Light and Darkness
2. The Vault Is Erected
3. Plowing and Sowing

1. End and Beginning
2. The Stairway to Earth
3 Metamorphosis of the Vertebral Column
4. Visible Speech
5. Word Formation
6. Blessing and Sanctifying
7. Adam
8. Three in Four
9. Two Paths and their Unification
10. Kidney and Lung
11. Resurrection and Reincarnation
12. The Picture of the Seventh Day

Dr. Kaspar Appenzeller (1927–1999) was a Swiss doctor whose medical career spanned 1956 to 1998. He studied medicine in Zurich, had a private practice, and worked as a school doctor. Dr. Appenzeller was committed to anthroposophic medicine, and later in life devoted his time to the Rudolf Steiner estate. As a researcher, he was especially interested in embryology (as microcosmic genesis), anatomy, and the human heart, whose rhythmic activity he believed was far more than a mere mechanism for circulating blood. He was the author of several books published by Zbinden Druck und Verlag, Basel, Switzerland. He also made a film in 1961, The Problem of Blood Movement Demonstrated on Chicken Embryos (in Dutch).

Embryogenesis in Myth and Science