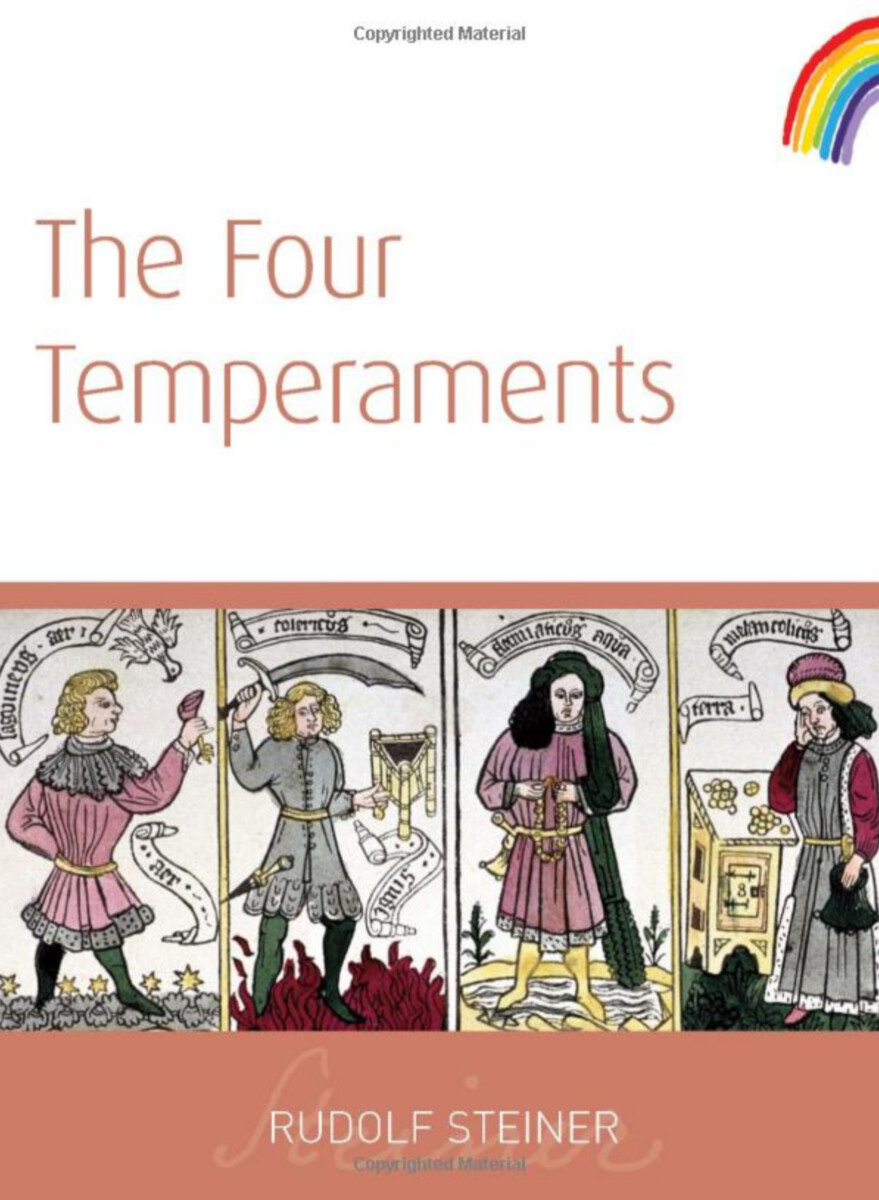 “The two streams in the human being combine to produce what is commonly known as a person’s temperament. Our inner self and our inherited traits comingle in it. Temperament is an intermediary between what connects us to an ancestral line and what we bring with us.... Temperament strikes a balance between the eternal and the ephemeral.” —Rudolf Steiner

From personal spiritual insight, Rudolf Steiner renews and broadens the ancient teaching of the four temperaments. He explains how each person’s mixture of temperaments is shaped, usually with one dominating. Steiner provides lively descriptions of the passive, comfort-seeking phlegmatic; the fickle, flitting sanguine; the pained, gloomy melancholic; and the fiery, assertive choleric. He also offers practical suggestions for teachers and parents in addressing the differing manifestations of the temperaments in children, as well as advice intended for adults’ personal development.