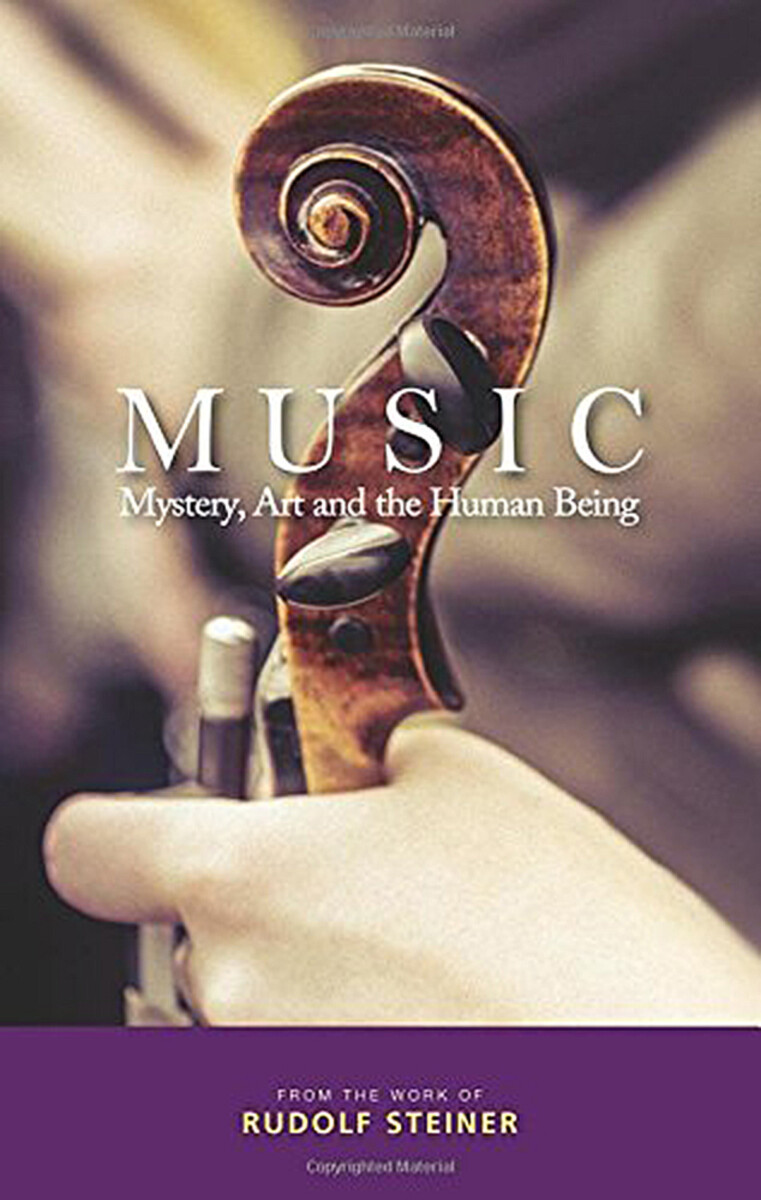 Mystery, Art and the Human Being

“Our neurosensory system is inwardly configured music, and we experience music as an artistic quality to the degree that a piece of music is in tune with the mystery of our own musical structure” —Rudolf Steiner

What is music? Steiner regards the essence of music as spiritual and inaudible to the senses. The world of tones, carried on vibrations of air, is not the essence. “The true nature of music, the spiritual element in music,” he says, “is found between the tones, in the intervals as an inaudible quality.”

Steiner spoke repeatedly of music as inherent in the cosmos and in human beings. It played an important role in many forms of ritual and worship, and people once perceived a link between music and starry realm, which was seen as the home of the gods. Today our view of music is divorced from such religious perspectives, but research repeatedly demonstrates the profound effects it continues to have on us.

In this unique anthology of texts, compiled with a commentary and notes by Michael Kurtz, Steiner describes the realm of spiritually resonating harmonies of the spheres and our intrinsic connection to that cosmic music. He also explores the phenomenon of musical listening and experience, as well as Goethe’s approach to music.

1. “Musica mundana”—The Music of the Spheres as Universal Force
2. The Human Being as Music—“Musica humana”
3. The Art of Music—“Musica instrumentalis
4. The Intervals as Fundamental Musical Phenomena
5. The Effects of Music and the Human Experience of Tone
6. Rudolf Steiner on Goethe and Schopenhauer and Their View of Music
7. Rudolf Steiner on Diverse Composers