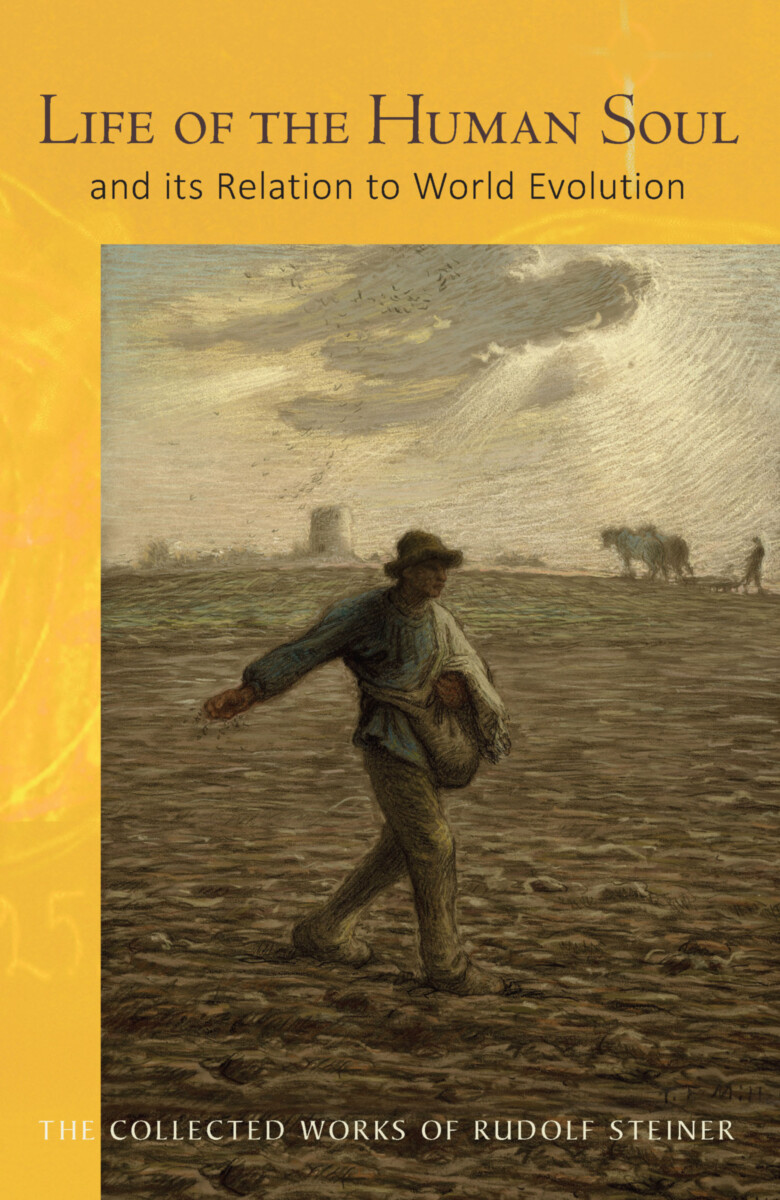 Life of the Human Soul

And its Relation to World Evolution (CW 212)

How are we connected to the world around us? This question, says Rudolf Steiner, is one that lives subliminally, drawing us into the depths of the psyche. There, our candle of consciousness tends to flicker and go out. But spiritual training can relight it so that we learn to perceive realms of our being beyond the restricted self.

As Rudolf Steiner was involved in major lecture tours in Germany and England, he took time to address his followers at the world center of Anthroposophy in Dornach, Switzerland. Here, he speaks on three major topics: The Life of the Human Soul; Spiritual Striving in Relation to Earth’s Evolution; and The Contrast Between East and West. The common theme, however, is our mutual responsibility for what the human being and the world will eventually become—which, according to Steiner, is far from a certain. Even the way we think can change and affect the future; for example, the degree to which we concentrate our imaging in meditation and infuse head thinking with warmth of heart.

Steiner reveals a hugely complex picture of the interrelationships between humanity and the cosmos. Our head, heart, lungs, and limbs all reveal subtly different qualities of our connection with the invisible realities that continue to sustain us. Our eyes, for instance, evolved only gradually into organs of sight and were at one time our vital organs, just as our lungs are today. The lungs, in turn, will similarly evolve to provide us with another form of perception.

As usual, Steiner addresses a wide variety of topics in addition to his main themes. Included in this volume are thoughts on the significance of the cinema; the nature of the halo; technology as the "true foundation" of the modern worldview; asceticism in the Middle Ages; the world of machines and the world of rites and worship; yoga and modern meditation exercises; pain as an awakener of knowledge; the emergence of the belief in ghosts; and the connection between stomach acid and soul qualities.