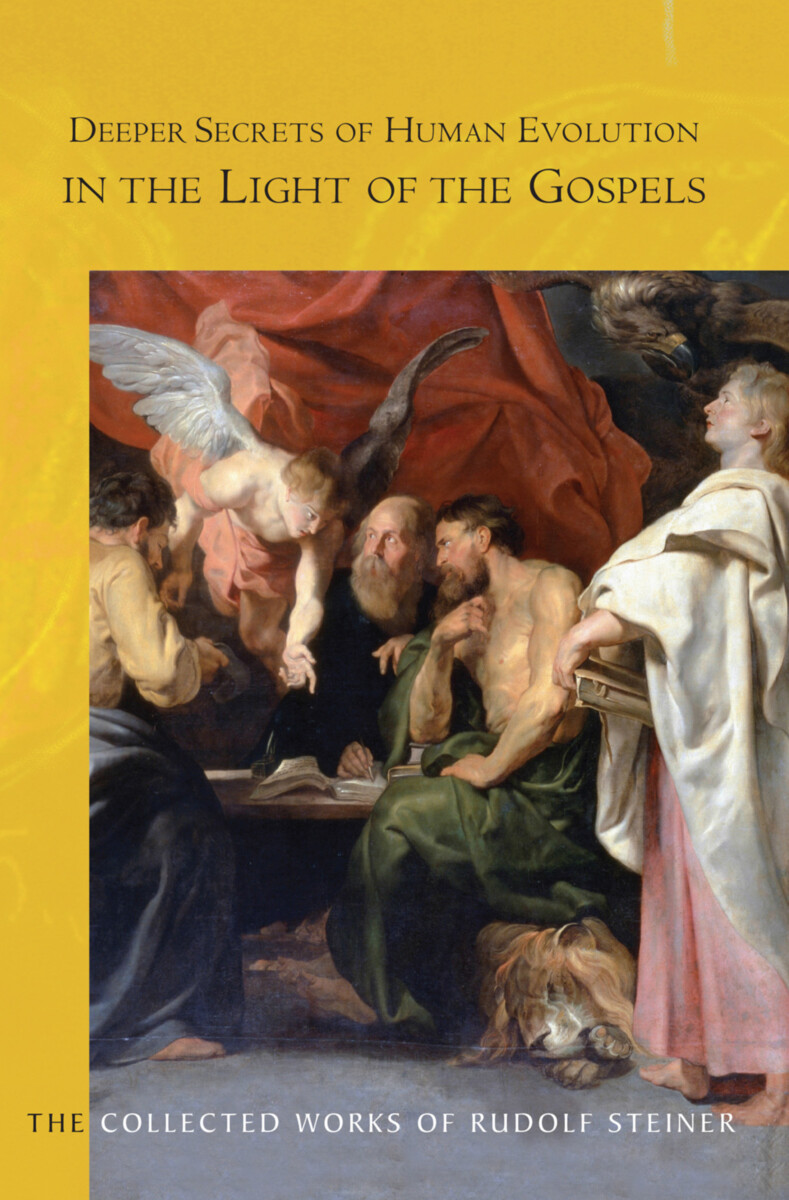 Deeper Secrets of Human Evolution in Light of the Gospels

“The personality who received the Christ Being into himself in his thirtieth year is a complex entelechy. Only on the basis of the Akashic Record can an accurate view be gained as to why the life of Jesus is so diversely presented in the various Gospels...”
—Rudolf Steiner

Previously untranslated, this collection of twelve lectures represents a middle point in Rudolf Steiner’s unique exposition of the Christian gospels. His momentous courses on the Gospels of John and Luke had already been delivered, while his lectures on the Gospels of Matthew and Mark gospels were yet to come. In these lectures, he examines the varying accounts of Christ in the Gospels, explaining that they represent four different though complementary perspectives. Steiner’s unparalleled insights are based on his firsthand ability to research the spiritual “akashic record,” the universal compendium of all events, thoughts, emotions, and intentions.

Translated by Christiana Bryan, this volume features an introduction by Tom Ravetz, as well as notes and an index.

A previous translation of three of these lectures was published as Deeper Secrets of Human History in the Light of the Gospel of St. Matthew (1957).

These twelve lectures include:

The Gospels, Buddha, and the Two Jesus Children
Four Varying Depictions of Christ in the Four Gospels
The Mission of the Ancient Hebrew People
Preparations for an Understanding of the Christ Event
On the Right Attitude to Anthroposophy
The Gospel of Matthew and the Christ Conundrum
Group Souls and Individuality
God within and the God in Outer Manifestation
The Christmas Tree as a Symbol
A Christmas Mood

The Ten Commandments in Evolution
A Spiritual-Scientific Study
OR