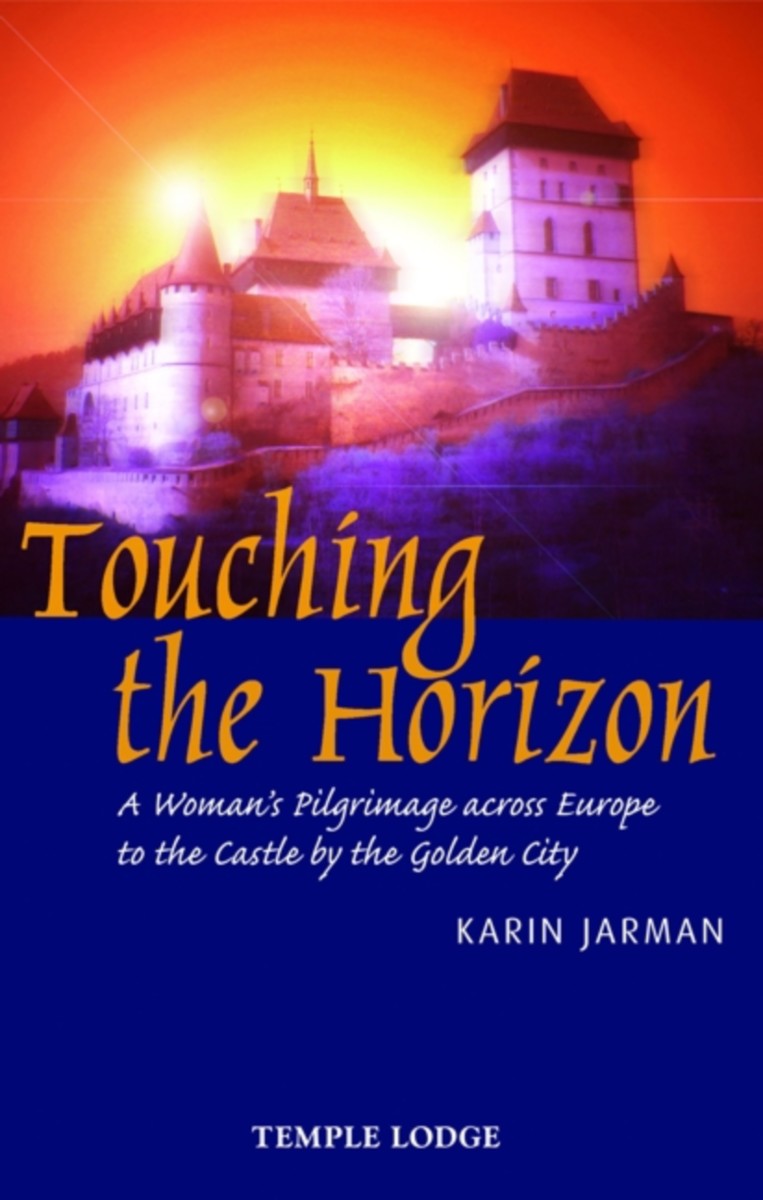 “There is gold at the end of the rainbow.” As a child, Karin Jarman loved to gaze into the distance, longing to reach the horizon. She had an urge to travel—the very word seeming to have an enchanting effect. This, along with a deep connection to fairy tales, inspired her to embark on her own magical journey to discover a mysterious castle by a far-off Golden City.

Karin's opportunity came in her forty-ninth year, with her children grown and independent. Entertaining many doubts, she eventually set aside work and family and began a pilgrimage to the fourteenth-century Gothic castle of Karlstein, which had been built by Charles IV near Prague in the Czech republic. Unlike many modern-day pilgrims, however, she made the entire journey on foot while gratefully accepting the hospitality of strangers. Her purpose was not feats of endurance or athletic prowess; rather, she was trying to create a mood of true pilgrimage—to encounter the sacred through outer travels and inner transformation. Her eventful travels covered more than 1,200 miles, taking around twenty-two weeks, during which time she stayed with more than a hundred hosts. Having confronted many issues of her biography, she returned home a changed person with fresh resolve and initiative.

Touching the Horizon is Karin Jarman's remarkable story, from her first inklings that such a journey might be possible, to the arrival at the beautiful fairy-tale castle of Karlstein. She also describes the aftermath of her pilgrimage and its effects on her and her family. This is a rare and gripping narrative of possibility, realization and metamorphosis.

A Note on the Color Plates

Karin Jarman, born in 1953 in Baden-Baden, studied Waldorf education at the Goetheanum in Switzerland. She moved to Great Britain, where she worked in a Camphill center for adults with special needs. In 1985, with her husband and three children, she moved to Gloucestershire and studied art therapy. Since 1990, she has worked as an art therapist at St. Luke's Medical Center in Stroud. Karin helped establish the Hibernia College of Art Therapy and has led courses in England and elsewhere. Through Oasis, an organization that she helped establish, Karin facilitates spiritual support groups for people with chronic health issues and life crises.

Letters from Florence
Observations on the Inner Art of Travel