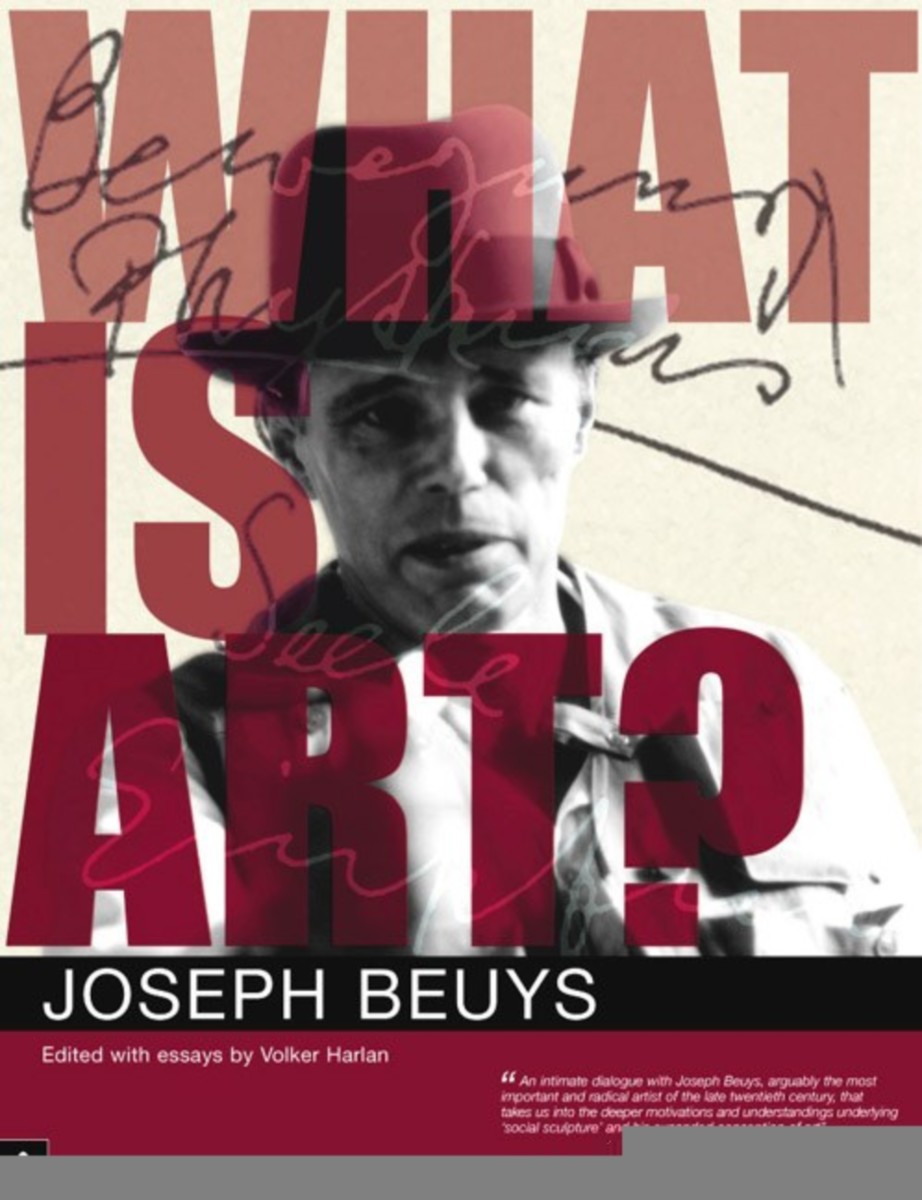 “I know that from him [Rudolf Steiner] that a mission was given to me to gradually remove people’s alienation and mistrust toward the supersensible through my means. In political thinking—the field I have to be working on daily—it is a matter of realizing the Threefold Social Order as quickly as possible.”

Joseph Beuys’s work continues to influence and inspire artists and thinkers around the world—in areas from organizational learning, direct democracy, and new forms of money, to new methods of art education and the practice of “ecological art.”

Volker Harlan (a close colleague of Beuys), whose own work also explores substance and sacrament, talked in a conversation with Joseph Beuys about the deeper motivations and insights behind “social sculpture” and his expanded view of art. These profound reflections are complemented by Harlan’s thoughtful essays and give a sense of the interconnected nature of all life forms, offering a basis for a path toward a future that is ecologically sustainable.

“An intimate dialogue with Joseph Beuys...takes us into the deeper motivations and understandings underlying ‘social sculpture’ and his expanded conception of art.”

“It is arguable that Beuys was the first artist of the twenty-first century. Like Rudolf Steiner, he was passionately concerned with the history of ideas and the points of interface between manifestations of the arts and sciences as well as philosophy, religion, economics, and politics.”

“Joseph Beuys was one of the most important artists of the twentieth century. He was one of the first German artists to engage with his country's turbulent and destructive recent history. His art embraced processes of political renewal within society, the search for an appropriate spiritual approach in our times, and a belief in the creative potential in each individual.”

"The revolutionary artistic ideas and artwork of Joseph Beuys are still, decades later, one of the strongest influences on contemporary artists. His work bursts open the enclosed world of visual art to encompass political and social reform, environmentalism, education, economics, spiritual science, and the proposal that art is not properly an activity for ‘experts’ but for everyone.”

I. Conversation with Joseph Beuys
What is art?
What forces give rise to art?
Practice and realization
A work develops
Sculptural objects from nature
The “good” world as creation of the free human being

II. Art at the threshold, by Volker Harlan
Form structure and substance: Four explorations
Fat formation
Processes in water
Colour—sensory and spiritual harmony
Substance—coming into being and dissolution

Volker Harlan was born in 1938 in Dresden, Germany. He studied arts, biology, and theology, and was a priest of the Christian Community until 2001. He is a cofounder of the private University of Witten-Herdecke and a lecturer on the philosophy of nature and aesthetics. His doctorate was published as Das Bild der Pflanze in Wissenschaft und Kunst. He was a friend of Joseph Beuys from 1972 until Beuys’s death in 1986.

Spirit and Art
Pictures of the Transformation of Consciousness