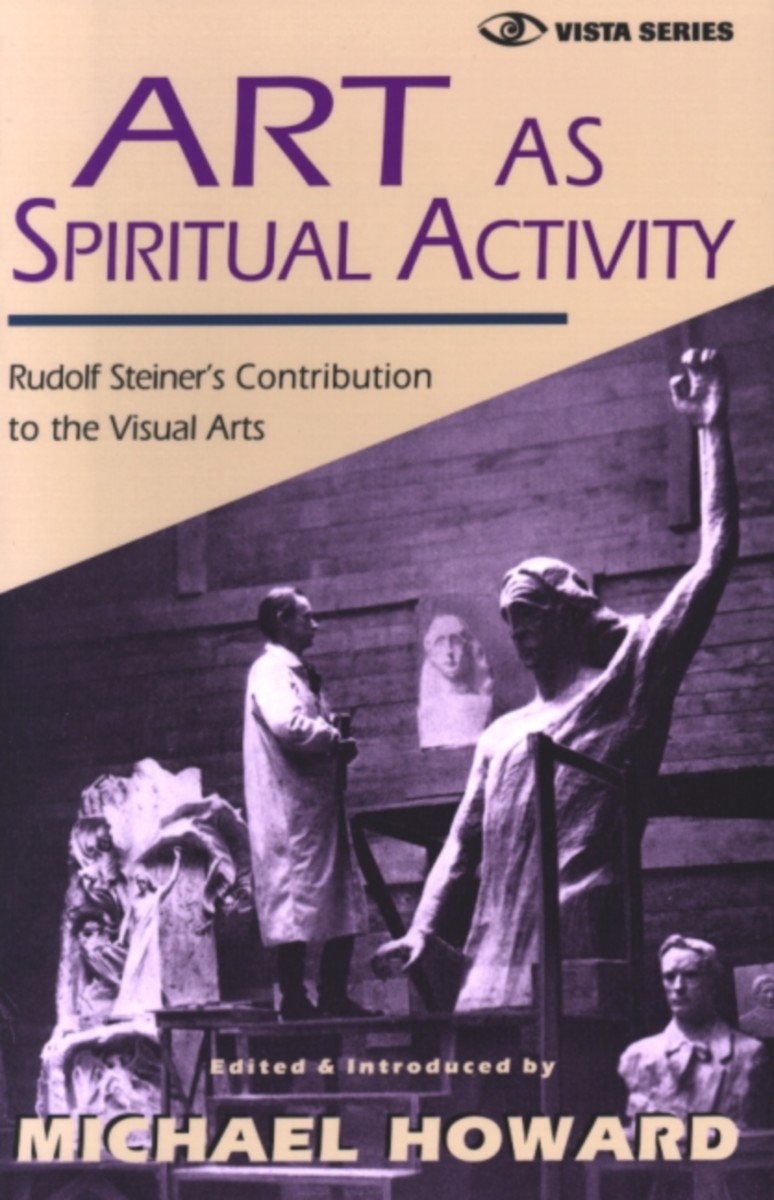 “Through the introduction by Michael Howard and Steiner’s ten lectures, this volume offers an account of the sources and purposes of art, as well as a particularly helpful approach to art as a spiritual practice. So, far from being dated, Steiner’s account of art and its relation to spiritual experience is at least contemporary and probably ahead of its time. As this book ably shows, Steiner’s insights concerning art, particularly when approached and practiced as a spiritual activity, might be exactly what art, artists, and contemporary culture urgently need.” —Robert McDermott (from the foreword)

Seeing his task as the renewal of the lost unity of science, art, and religion, Rudolf Steiner created in the worldview he called Anthroposophy a new, cognitive scientific and religious art, the implications of which—recognized by such divergent artists as Wassily Kandinsky and Joseph Beuys—are only now becoming fully apparent. Art as Spiritual Activity includes a comprehensive, thought-provoking introduction of more than a hundred pages by Michael Howard, who writes:

“The most fundamental issue for arts today...is the spiritual foundation of arts.... Steiner demonstrates that our individual creative activity is not solely a personal affair. Our creations do not originate out of nowhere, nor solely out of ourselves, but from an objective world of spirit with which we are intimately related in the depths of our being. He shows that our creations have significance beyond ourselves and beyond the recognition they receive: works of art are vehicles of spiritual qualities. In bringing these spiritual qualities into the sphere of human life, the artist becomes responsible for the spiritual effects the work of art has on the artist, other people, and ultimately on human evolution.”

Art as Spiritual Activity introduces a new way of thinking about, looking at, and creating art.

1. Is Art Dead?
2. To Muse or Amuse
3. Artistic Activity As Spiritual Activity
4. The Representative of Humanity
5. Beauty, Creativity, and Metamorphosis
6. New Directions in Art

1. The Aesthetics of Goethe’s Worldview
2. The Spiritual Being of Art
3. Buildings Will Speak
4. The Sense Organs and Aesthetic Experience
5. The Two Sources of Art
6. The Building at Dornach
7. The Supersensible Origin of the Arts
8. Anthroposophy and the Visual Arts
9. Truth, Beauty, and Goodness
10. Christ, Ahriman, and Lucifer