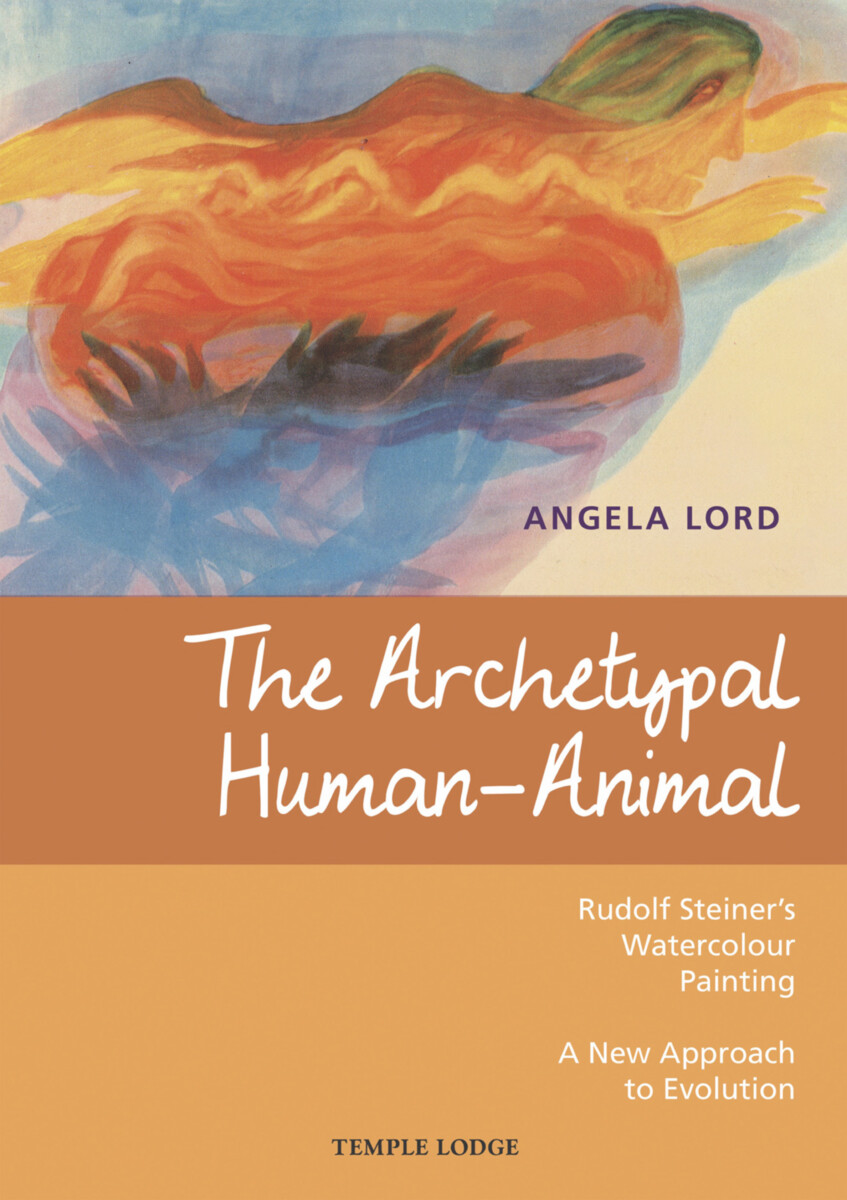 Rudolf Steiner’s watercolor “The Archetypal Human-Animal” presents the enigmatic image of a strange creature apparently swimming in water. It has a human profile, showing a clearly outlined nose and slightly opened mouth, with a mysterious eye nearly concealed in its greenish hair. It has appendages similar to hands and feet, with dark-blue, plantlike forms floating about in the water below the creature’s bright red-and-yellow body. Only the title provides us with a clue to its meaning—it is an “archetypal human-animal” form. But even this is enigmatic. What is this strange, unusual creature, this archetypal human-animal? We are presented with a perplexing image and a puzzling description.

In this original work—illustrated throughout with full-color paintings and images, many by the author—Angela Lord takes us on a journey of discovery toward realizing the meaning of Steiner’s painting. With Goethe’s theory of metamorphosis in nature, we are introduced to Steiner’s ideas of human evolution, from the primal beginnings of the archetypal human-animal on “Ancient Moon.”

Lord recounts myths and legends from numerous cultures that speak of human-animal forms and reflects on the meaning of the fish in Christianity. She takes us through a series of color “sequences” for repainting Steiner’s human-animal motif. The book also includes appendices that summarize evolutionary phases of earth and humanity from a spiritual-scientific perspective.

The Archetypal Human-Animal is both a valuable workbook for painters and a fascinating insight into hidden aspects of human evolution.

PART 2
1. An Evolutionary Background
2. The Human Being on Ancient Moon: The Primal Beginnings of Archetypal Human-Animal

PART 3
1. The Human Being: Handiwork of the Gods
2. From Fire-Air to Air

PART 4
1. The Animals: From the Cosmos down to Earth
2. The Origin of the Animals
3. The Human-Animal Plant becomes Human

PART 5
1. Myths and Legends: Monsters and Mermaids
2. A Cabinet of Curiosities
3.The Sphinx

PART 6
1. The Symbol of the Fish in Christianity
2. The Zodiac
3. The Evangelists

PART 7
1. The Colors of the Motif
2. An Approach to the Language of Color

Angela Lord is a painter, interior color designer, muralist, and art therapist. She works with the themes of nature and the seasons, fairytales, and mythology. She has taught in both state and Steiner–Waldorf schools teaching art and handcrafts, and she has worked extensively in adult education. Angela Lord wrote and illustrated Colour Dynamics: Workbook for Watercolour Painting and Colour Therapy. Her latest series of books are on creative form drawing with children.

Man and Animal
Their Essential Difference

The Redemption of the Animals
Their Evolution, Their Inner Life, and Our Future Together
OR