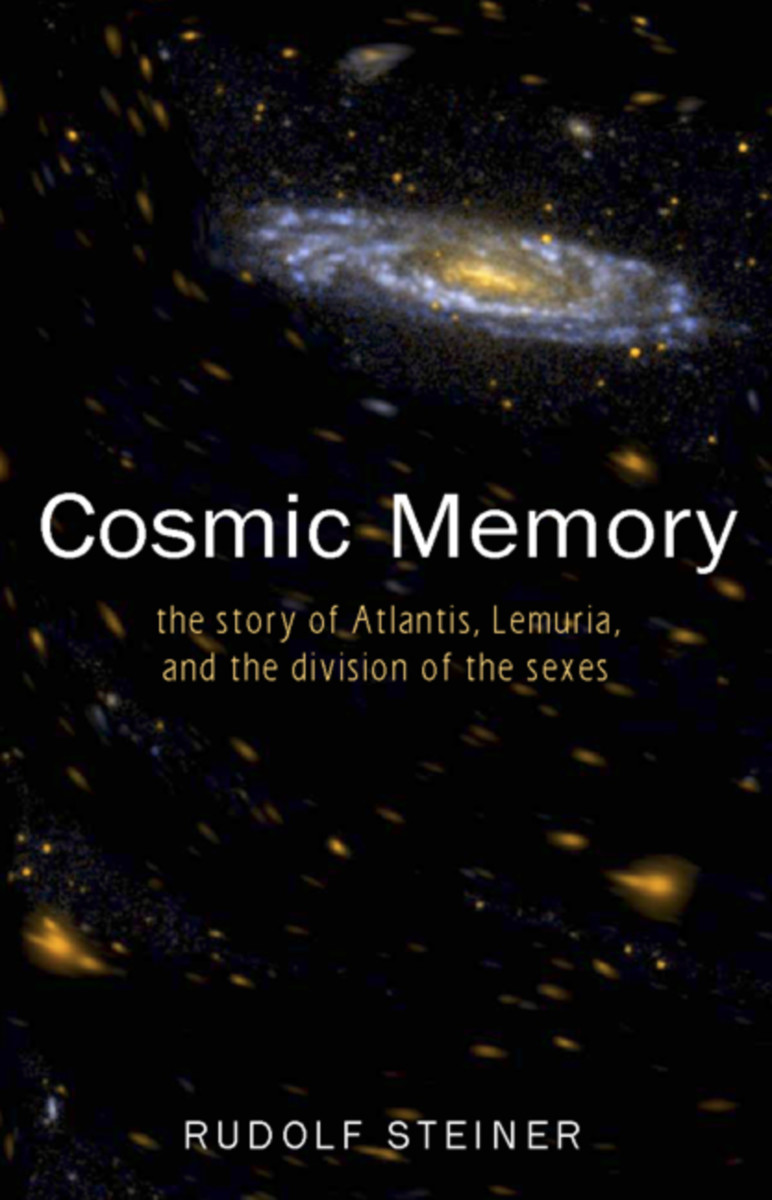 The Story of Atlantis, Lemuria, and the Division of the Sexes (CW 11)

“Rudolf Steiner shows that the insoluble link between humanity and cosmos is the fundamental basis of evolution. As human beings have participated in the development of the world we know today, so their achievements are directly connected with the ultimate destiny of the universe. In human hands rests the freedom to shape the future course of creation. Knowledge of our exalted origins and of the path we have followed is indispensable if we are to evolve a future worthy of responsible human beings.... Through a study of Steiner’s writings, one can come to a clear, reasonable, comprehensive understanding of human beings and their place in the universe.” —Paul Marshall Allen

In the best tradition of ancient wisdom literature, Cosmic Memory reconstructs, from the akashic record, events that span the time between the origin of the Earth and the beginning of recorded history. This spiritual research includes a profound investigation of the origins, achievements, and fate of the Atlanteans and Lemurians—the remarkable “lost” root races that developed the first concepts of “good” and “evil,” manipulated natural forces, laid the foundation for human legal and ethical systems, and defined and nurtured the distinctive yet complementary powers of men and women that brought humankind, many centuries ago, to its highest artistic, intellectual, and spiritual attainments.

Through this discussion of our true origins, Cosmic Memory offers a genuine foundation for our lives, allowing us to realize our real value, dignity, and essence. The reader is shown our human connection with the world around us as well as our highest goals and true destiny.

This is a key volume for understanding Rudolf Steiner's early development as a Theosophist and how his ideas, terminology, and formulations during that time fit into the development of his anthroposophic epistemology and Christology.

1. Contemporary Civilization in the Mirror of the Science of the Spirit
2. From the Akash Chronicle
3. Our Atlantean Ancestors
4. Transition of the Fourth into the Fifth Root Race
5. The Lemurian Race
6. The Division into Sexes
7. The Last Period before the Division into Sexes
8. The Hyperborean and Polarean Epoch
9. Beginning of the Present Earth: Extrusion of the Sun
10. Extrusion of the Moon
11. Some Necessary Points of View
12. On the Origin of the Earth
13. The Earth and Its Future
14. The Life of Saturn
15. The Life of the Sun
16. Life on the Moon
17. The Life of Earth
18. The Fourfold Man of Earth
19. Answers to Questions
20. Prejudices Arising from Alleged Science (1904)

READ LECTURE 6: “The Division into Sexes”

Macrocosm and Microcosm
The Greater and the Lesser World: Questions Concerning the Soul, Life and the Spirit (CW 119)